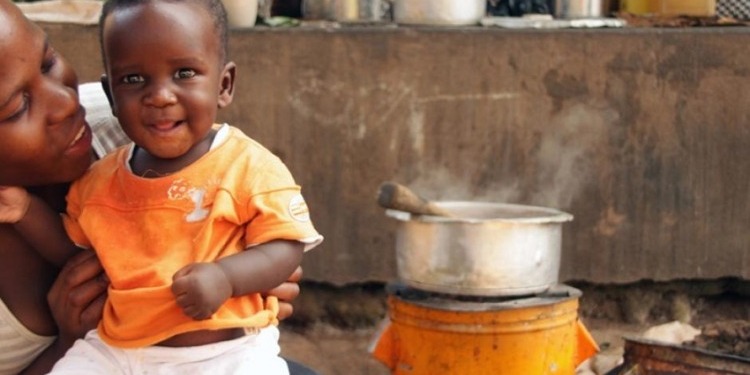 The Kenya Off-Grid Solar Access Project (KOSAP) has embarked on testing cookstoves and clean cooking technologies in two counties under the Project.

The move is in tandem with International Standard for testing cookstoves to ensure that the cookstoves sold in these counties meet the high-quality standards.

The CCS RBF is a Ksh 500 million incentive fund established as a subcomponent of KOSAP to establish sustainable supply chains of higher tier cookstoves and cleaner cooking fuels in KOSAP Service Territories (KSTs), where at present, the use of clean, and efficient cookstoves is low. International Standards for testing cookstoves will be used to ensure that the cookstoves sold in these counties meet high-quality standards.

Read: Woman in Tanzania shares her secret in cookstove-making

The stove testing will be conducted using controlled cooking tests whereby cooks are asked to cook using homogenous fuel, cooking pots and food. The quantities of fuel and food should be the same. As such, the cooks carry out a standard cooking task using the Controlled cooking tests (CCTs). CCTs give a reliable and representative estimate on the metrics of fuel savings, time savings and ease of using the stoves stove (lighting and operating them). The CCTs provide insights into fuel-saving, time-saving, ease of using the stoves. The CCTs also provide qualitative feedback by the cooks themselves, providing valuable information for understanding the user perspective.

In a speech read on his behalf during the event, the Principal at the Ministry of Energy, Dr Eng. Joseph Njoroge said: “The Government of Kenya is very deliberate and ambitious in delivering the clean cooking agenda which seeks to promote the universal adoption of cleaner, modern and more efficient cooking solutions by 2028. The testing exercise we are carrying out will ensure that consumers purchase only high-quality stoves and realise the benefits in terms of health, environment and economics to households and institutions.”

He further revealed that accelerating the transition to clean stoves and fuels require concerted efforts, sustained engagements, and innovative approaches such as results-based financing. The PS noted that encouraging communities to shift to clean, modern, and efficient cooking solutions is a step in the right direction as it will enrich livelihoods and make a substantial development impact in underserved counties.

The CCS RBF seeks to stimulate the purchase and use of 150,000 higher-tier stoves in the KSTs. The Lot 1 implementation phase is anticipated to effectuate the sale of over 60,000 units in 5 counties, namely West Pokot, Turkana, Isiolo, Samburu and Marsabit. Currently, KOSAP has contracted 10 companies to sell the accredited stoves in the 5 Counties.

The Kenya Off-Grid Solar Access Project (KOSAP) is a flagship project of the Ministry of Energy, financed by the World Bank aimed at providing access to modern energy and clean cooking solutions in the traditionally underserved, low-density areas of the country. The Project is implemented jointly by the Ministry of Energy, Kenya Power and Lighting PLC (KPLC) as well as Rural Electrification and Renewable Energy Corporation (REREC). As part of its objectives, KOSAP is designed to provide energy access utilizing higher tier cookstoves.

These stoves are beneficial in terms of health, environment and economics to households and institutions. The cookstoves reduce toxic emissions by traditional stoves and they are more efficient unlike traditional options such as the three-stone fires.

Lot 2 planning phase is underway with a sales target of approximately 90,000 units and will extend to the coastal counties of Kwale, Lamu and Kilifi as well as Lot 1 counties. The Project will embark on a process of identifying additional companies once the pre-testing exercise is concluded.

KOSAP remains a big champion for clean cooking. The project is promoting Tier 2 wood stoves (25 per cent or more) and Tier 3 Charcoal stoves (35 per cent or more) in terms of thermal efficiency. KOSAP is also promoting Tier 3 and above stoves, which consist of LPG, electric, ethanol and biogas stoves. In addition, KOSAP is rigorous in its quality control and requires participating companies to submit laboratory test results proving the performance of their stoves.

The initiative is part of the steady advancement in transforming the clean cooking sector being undertaken by the Government of Kenya. The optimism towards these transformations has resulted in significant investments and innovations, both locally and internationally. The policies and national development plan put in place are in tandem with the Sustainable Energy for All (SEforALL) Action Agenda which is a catalytic enabler to all aspects of development including access to Health, Agricultural productivity, Industrial productivity, education other essential services that improve the quality of life for all Kenyans.

Dr Njoroge adds that traditional stoves, such as the three-stone fireplace, emit toxic chemical compounds which, over time, cause respiratory infections, eye problems and even cancer. Higher-tier and clean cookstoves are beneficial as they use a lower amount of fuel to cook the same amount of food. This provides households and institutions with twofold savings: money spent in buying fuel and time spent in collecting firewood.

According to the National Cooking Sector Study of 2019, many Kenyans, especially in the rural areas still require interventions that will increase their access to improved and clean cooking solutions.

Statistics from the study show that 93.2 per cent of the rural populations continue to rely on solid fuels as their primary fuel source. This means that there is a need to study the clean cooking sector and visualize a shift to alternatives for all populations, especially vulnerable populations, and those in underserved counties.

76 per cent of the Kenyan population still relies on traditional biomass for cooking, with adverse effects to public health (including an estimated over26,00 deaths linked to indoor air pollution), as well as the negative environment, women’s well-being, economic opportunities, and economic development. These statistics underscore the need for intervention, since cleaner, safer alternatives are available, and momentum is mounting to scale up their use.

Cookstove technologies have advanced substantially, and innovations in end-user finance are making stoves more affordable. Kenya is at the forefront of clean cookstove development, marketing, and distribution, with more than 30 years of activity in the sector. Many improved cookstove businesses are already operating across the country, and their numbers are growing as entrepreneurs recognize a significant economic and enterprising opportunity.

Read: More than a million Kenyans to have access to solar energy

Why it’s time to invest in Kenya’s gig economy