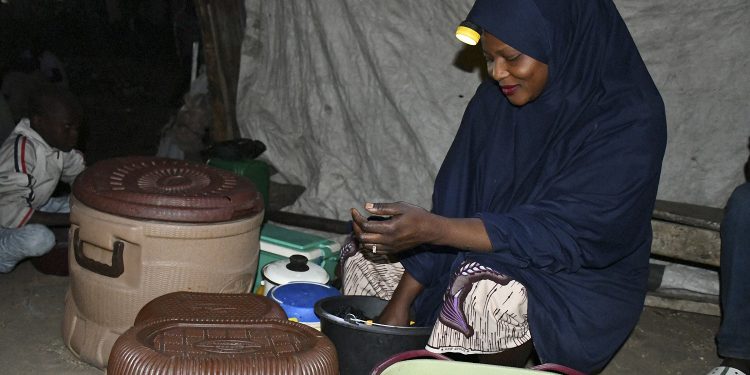 A vendor during a power supply outage in Nigeria. The West African economy must look beyond privatization to address its power problems. [Photo/Newsweek]

by Joseph Kangethe
in Energy
0

Power challenges in Nigeria advised the decision to break up and sell Nigeria’s state-owned power monopoly in 2013.

This move was meant to halt the nation’s electricity misery that had persisted for decades. The behemoth had become inefficient, corrupt, and clumsy, and experts argued that it was best to sell it and introduce market efficiency into Nigeria’s power industry. The National Electric Power Authority was then carved up into 11 distribution companies and six generations and sold to investors.

The Transmission Company of Nigeria (TCN) was the only exception, created from the rubble of the former monopoly, supposedly to take charge of what the government termed as a sensitive area of the power sector. Still, the critics saw this as a reluctance by the state to wholly surrender its grasp of the power sector.

In March 2022, while trying to clarify the power situation in Nigeria, TCN reiterated that out of 23 gas-powered stations with a combined capacity of more than 10,000 MW, at least 14 were either shut down or operated at reduced capacity. Two in three power stations have either halted operations or operating below par. It is projected that Nigerians privately generate up to 40,000 MW to address the grid deficit.

All Progressives Congress Party, after assuming office in 2015, alleged that many of the power companies had been sold by the former People’s Democratic Party government to political cronies that lacked the resources or capacity to run the business.

Undeniably, many power distributors still fail to provide consumers with metering. It has been reported that some of these companies reject their electricity allocations because they cannot pay or lack the required infrastructure for power distribution. Besides, TCN’s transmission infrastructure has a capacity of about 5,000 MW.

To tackle this power nightmare, President Buhari’s government signed a US$2.3 billion deal with Siemens to expand and revamp Nigeria’s transmission capacity gradually to 25,000 MW by 2025. Under a hastened first phase, Siemens was to raise the capacity to 7,000 MW by 2021, then 11,000 MW by 2023.

However, the project is still stalled in the front-end engineering phase amid disagreements with Siemens on aspects of the contract. For instance, while Siemens wants 50 per cent of workers to be Nigerians and total automation of equipment, the government proposes 75 per cent of workers to be Nigerian and 40 per cent of machine automation, according to sources privy to the negotiations. However, as per the power minister Abubakar Aliyu, the project is still on course.

Nigeria is taking a power Shift to renewable energy sources

The Nigerian power sector has other challenges. Currently, 80 per cent of the country’s power emanates from plants fueled by natural gas fed from pipelines from the southern Niger Delta oil region. These pipelines frequently suffer disruptions and attacks, resulting in perennial gas shortages at many plants.

Future electricity projects to address Nigeria’s dual need for higher supply and grid stability include the 700 MW Zungeru hydro, which has started test runs, and the planned 3,050 MW Mambilla hydro. Other smaller solar and wind power projects are also on the way.

Devolving power management to the states

A real game-changer may be a shift in managing electricity in Nigeria through power devolution to the 36 states to generate, transmit, and distribute their power. Both houses of the legislature passed a constitutional amendment bill to allow this.

In a joint position paper to the legislature, state governors argued that the existing amendments do not go far enough to acknowledge state and federal governments as equal partners in managing Nigeria’s electricity supply.

The governors believed that the federal government-controlled and regulated national electricity market currently is bankrupt, insolvent, and delivers no more than enough to power two 10-watt bulbs daily.

According to the state governors, the challenge is for the country to assure Nigerians of 40,000 MW of privately produced power and save around N17 trillion (US$40.9 billion) they spent for the purpose in 2021.

The governors’ arguments expose the fractured nature of stakeholders in the Nigerian power sector, including state and federal governments, lawmakers, regulators, operators, policymakers, and consumers.

According to Eyo Ekpo, a former director at the National Electricity Regulatory Commission, the bill will unlikely see the legislature’s light in its current form. There needs to be a serious national dialogue before a sensible electricity law is passed. 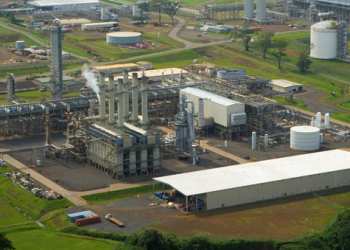