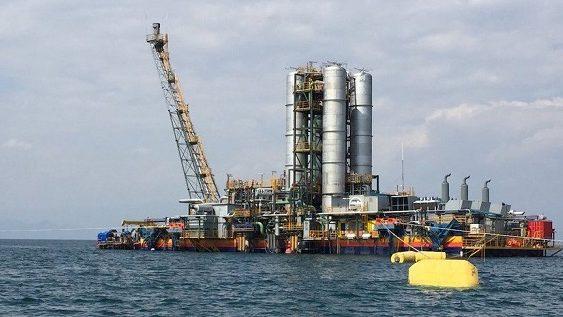 KivuWatt venture started in 2015 and has been producing about 30 percent of Rwanda's annual electricity. This is the only project of its kind in the world.

by Joseph Kangethe
in Energy, Rwanda
0

Rwanda has come up with an invention of its kind, The KivuWatt power station. The energy producer lies somewhere between a renewable and non-renewable source of energy.

For thousands of years, volcanic activity in Lake Kivu has caused a massive accumulation of carbon dioxide and methane to dissolve in the depths of the water. The Engineers of the KivuWatt company have discovered a way to generate electricity from the lake.

There are only three such lakes: Lake Kivu, Lake Nyos, and Lake Monoun, both in northwest Cameroon. The accumulated methane and carbon dioxide prove to be direly destructive in the rare event they were released.

“If the lake is triggered, there would be a limnic eruption that would cause a huge explosion of gas from deep waters to the surface, resulting in large waves and a cloud of poisonous gas. The explosion would put millions of lives at risk,” said Francois Darchambeau, an environmental manager at KivuWatts.

Due to the potential of the limnic eruption, the three lakes are referred to as killer lakes. In the 1980s, Lake Nyos and Monoun experienced limnic eruptions suffocating more than 1,700 people in a gas cloud of toxic carbon dioxide released.

Darchambeau says that a similar explosion at Lake Kivu would risk over two million people in both Rwanda and the Democratic Republic of Congo. People living around fear the destructive potential of the Lake, with stories going around that several swimmers have disappeared into the depths of the waters.

However, the engineers of ContourGlobal, an American company that owns KivuWatt, have discovered a way of turning the life-threatening feature into a bright future for the Rwandese government and people specifically.

KivuWatt venture started in 2015 and has been producing about 30 per cent of Rwanda’s annual electricity. This is the first large-scale methane to power project in the world.

How is the methane gas extracted?

The facility pumps water saturated with methane and carbon dioxide from about 350 meters below the surface. As the water rises, pressure changes separate the water and the gas. The process produces a deafening roar. Membranes are then used to extract methane from carbon dioxide. The carbon dioxide is pumped back into the lake to ensure the ecosystem balance is not upset.

The extracted methane is sent through a pipeline to a second facility onshore, where the gas turns turbines to generate electric power.

The lava flow from the mountain killed 32 people and destroyed hundreds of homes, as earthquakes shook part of the central and the East African region. The second wave of lava pushed deep into the lake itself.

KivuWatts engineers feared a looming danger of the lake itself exploding, and a shutdown was considered. However, the engineers held on to the little hope they had. In addition, they did not even suspend operations since it would have severe consequences on Rwanda’s electricity generation.

Rwanda targets to use methane gas for cooking in 2022

At the beginning of 2021, the Rwandan government made a US$400 million concession agreement with Gasmeth Energy to process and compress the methane gas onshore to create compressed natural gas (CNG).

The agreement aims to create a distribution and retail network for CNG to replace biofuels and substitute petrol and diesel fuel in the country. Moreover, the deal is expected to cut on Rwanda’s LPG imports.

Martin Schmid, a researcher at the Swiss Institute for Water and Environmental Research, said that the gas extracts in Lake Kivu were sustainable. It would take centuries to exhaust the gas already accumulated in the lake.

The Rwandese government has instituted a supervisory body, the Lake Kivu Monitoring Program, to ensure the safe extraction of methane gas and protect the surrounding population through preservation of the lake’s stability. Gas laws and regulations for methane projects are under review and expected to be gazetted soon, establishing a framework for the development of gas infrastructure and operations in Rwanda.

Read: Will the billions pledged increase food security in Africa?

Somalia's worsening drought could displace one million people by April, 2022