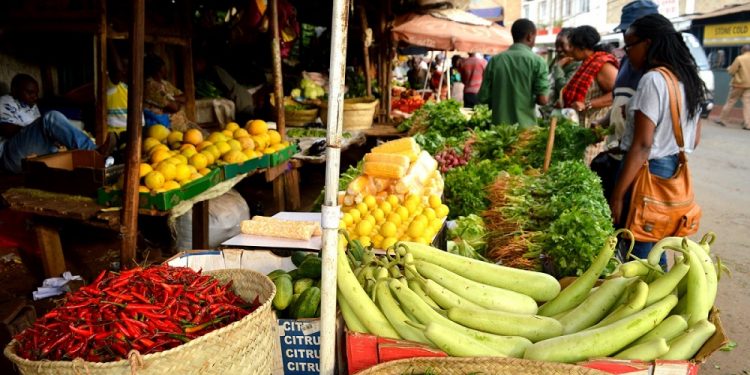 The virus that remains elusive at getting a cure in Africa is hunger.

African agriculture has remained resilient despite the recent health crisis occasioned by the Covid-19 pandemic.

However, continent-wide, the virus that remains elusive at getting a cure is hunger.

Africa has the potential to become the breadbasket of the world yet it is spending an estimated US$ 35 billion a year importing food. With this reality, stakeholders are getting together to pull Africa out of this perennial inadequacy.

In January, more than 100 European and African actors signed a charter of commitment to the development of the agro-pastoral sectors in Africa, particularly in the Sahel. The original initiative aims to resize and strengthen agricultural cooperation between Europe and Africa while ensuring the protection of biodiversity as a global common good.

With the recent health crisis revealing that African agriculture has resilient capacities, there is more hope in the continent.

Faced with the closing of borders, the drop of the purchasing power in urban areas, the major disruptions in the international market of raw materials and the availability of agricultural labour generally unaffected both by the virus and the traffic restrictions, the high demand for food products in cities has been a powerful incentive to the increase and the flow of local productions.

With this understanding and under these conditions, more than ever, agriculture should be one of the main drivers of development on the continent. In this respect, a paradigm shift appears indispensable.

Thus, the modernization of this sector, particularly through agro-ecology, digital agriculture, and social business, must once again become a priority. It is an economic, social, environmental, security and democratic issue.

To meet these multidimensional challenges, more than a hundred operators from all parts of the agricultural value chain, launched on the sidelines of the One Planet Summit 2021, IAM Africa.

A coalition of private and public actors have committed to the sanctuarization of biodiversity, a global common good, and to the development of sustainable agricultural sectors.

In creating a community of values and actions in the knowledge that Africa represents an exceptional lever of growth, companies, employers’ organizations, African and European institutions in the agricultural and livestock sectors have decided to join forces to form a team with multiple expertise that are driven by the common desire to provide an appropriate response to this major issue.

With this shared ambition, the signatories of the present charter (the “Charter”) intend to jointly prospect and develop value chains that precisely meet African issues.

Since co-development is at the heart of the ethics shared by all the signatories, a significant part of these activities will be the responsibility of local actors, which is promoting technology transfers and the appropriation of the know-how necessary to the sustainable implementation of the agricultural and livestock production sectors envisaged by IAM Africa.

Karim Ait Talb, co-founder of the initiative and Deputy Managing Director of the Advens/Géocoton Group says that the objective of the signatories, through their commitment to deploying this approach in most Africa, is to participate in the promotion of a strategy combining social, environmental and economic development in the service of prosperity but also the preservation of biodiversity and more generally the stability of the continent.

The signatory partners of this coalition specifically commit themselves to participate in the achievement of the 2030 objectives of “the Great Green Wall”. Launched by the African Union, with the aim of building a 15 kilometre‑wide, 8,000 kilometre‑long stretch of trees and other vegetation from Mauritania to Sudan the “Great Green Wall” initiative is expected to be a solution to multiple problems, such as forced migration, instability and conflict in the Sahel.

The Sahelian strip is identified as one of the global “hotspots” of climate change.

In this region, it is essential to provide answers to the tensions on natural resources to meet the objectives of sustainable development and preserve biodiversity.

The structuring of agro-livestock value chains that encourage the deployment of agroecological practices and the creation of decent and sustainable jobs will be an important response to the adaptation of the region’s populations and to the mitigation of the effects of climate change, particularly in terms of migration flows and security challenges.

According to Wilfrid Lauriano Do Rego, partner of the initiative and Coordinator of the Council for Africa (CPA), the Presidential Council for Africa has been mobilized since 2018 for the structuring of the agricultural value chains in the Sahel and has conducted several missions to meet field actors in order to work on concrete solutions that have an impact on nutrition, on the creation of decent jobs and on the inclusion of vulnerable populations.

IAM Africa is a new scheme where French, African and international companies who commit and are ready to invest in the agro-ecological sectors of the future.

The UN notes that the Sahel and Lake Chad region are walking a ‘tightrope of survival’ as a result of environmental degradation.

Fears that abound in the region are satisfying a growing demand of a population that relies essentially on resources that are being quickly depleted which is making the situation unpredictable in the long run.

Beyond the Sahel, lack of food is getting worse every year due to several factors including poor seeds and the ravaging effects of climate change and soil degradation. With the continent whose agriculture is majorly rain-fed, it can only get worse unless stringent measures are taken to arrest the food insecurity menace.

The agricultural sector remains among the most vulnerable yet it is important not only for food security issues but also for inter-regional food integration.

With the implementation of the African Continental Free Trade Area (AfCFTA), agriculture becomes an even greater sector if the growing populations are to be comfortably fed.