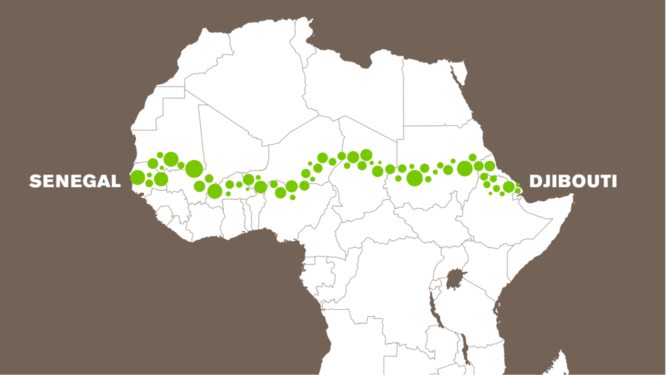 Reclaiming the Sahel Region of Africa

The Sahel area is increasingly under threat, for example, Senegal’s rainy season is now much shorter, starting in September rather than July. Food and water shortages are common, and many people are being forced to leave their homes in search of sustainable living.

The most severe form of land degradation, desertification, poses serious threats to agricultural productivity, food security, and quality of life in sub-Saharan Africa, where an estimated 500 million people live on land undergoing desertification. It is against this background that the African-led initiative was born; united for a common cause to save the environment and improve the quality of life.

The Great Green Wall of Africa

The very ambitious initiative brings together African countries and international partners, under the leadership of the African Union Commission and the Pan-African Agency of the Great Green Wall.  The project’s name will have one imagining a thick line of trees planted across the width of Africa, forming a huge wall.

Though this was the initial aim, the project has become a more comprehensive scheme that allows each country to address land degradation, climate change adaptation and mitigation, biodiversity, and forestry within its local context. The Great Green Wall (GGW) is now being implemented in more than 20 countries across Africa’s Sahel region, at the southern edge of the Sahara desert.

The initiative aims to restore 100 million ha of currently degraded land; sequester 250 million tons of carbon, and create 10 million green jobs by 2030. By 2020 several achievements had been recorded in most of the GGW member states, with some countries being more successful than others.

Some started implementing the GGW activities as early as 2008; others joined as late as 2014 when the GGW declaration was ratified. The Great Green Wall makes a vital contribution to fifteen of the seventeen, UN Sustainable Development Goals SDGs. In 2018 the GGWSSI declared that 15 percent of drought-resistant trees had been planted, mainly in Senegal, with 4 million hectares of land restored.

Progress has been quite slow, a status report in 2020 suggests that the Green Wall has covered only 4% of the target area yet it is more than halfway to its 2030 completion date. More than US$8 billion has been invested in the project so far, and an annual cost of US$4.3 billion is projected if the task is to be completed by 2030. More funds, better technical support and tighter oversight will be required to ensure success.

Tracking the success of the project is quite a challenge because of the unavailability of a good monitoring and evaluation system.

There is generally no consensus on the area that has been covered to date, the various reports produced so far vary, and some claims are not substantiated. A secretariat where everything can be recorded and tracked will alleviate the monitoring and evaluation problem.

Some experts have also critiqued the project because of its large scale which stretches across such vast economical, ecological and political divides. They argue that it is likely that one country in the series may lose the political will, or the economic capability, to continue with the project.

However, scientists say the initiative uses an “integrated landscape approach” that allows each country to address land degradation, climate change adaptation and mitigation, biodiversity, and forestry within its local context.  Each participating country has its own individual goals, which include reducing erosion, diversifying income, increasing crop yield, and improving soil fertility.

“We are working with the land, which is the basis of livelihood in these communities. We are working with people to improve soil quality, which improves crop yield and in turn agricultural production and the overall quality of life in the community. These very local benefits are also a way to generate global benefits for water, land, and nature.” Jean-Marc Sinnassamy, Senior environmental specialist, Global Environment Facility (GEF), via National Geographic.

An example of a successful implementation is in Senegal, where more than 12 million drought-resistant trees have been planted to date.

The coming together of a number of African countries to achieve a common goal will most likely improve political relations amongst and within the countries involved. GGW is a symbol of unity, as countries engage in common dialogue concerning the success of the GGW, they may foster better working relations with each other. They could also join forces to resolve any other issues affecting Africa.

Also, should the GGW succeed it is believed it will go a long way in combating terrorist activities in the region by giving the people economic opportunities. 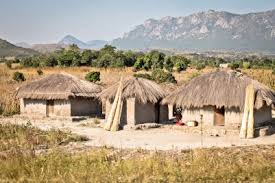 The unemployed youths will not be coerced into joining extremist groups in search of a means of survival. They will be able to earn a living through engaging in different sustainable projects such as agriculture. Political stability will also reduce population displacement, demographic pressure, land degradation and emigration, resulting in a more stable society.

Though it seems like an unachievable dream, if all stakeholders continue to work hard towards the target, it is indeed achievable. The deadline may be missed, but millions of people will undoubtedly enjoy the benefits of the hard work. It is vital to involve the villagers at the grassroots; they should own the projects in their rural areas and be educated on the effects of their actions and the benefits of the GGW.

Where required, markets should be created for the products from agroforestry projects.

This project’s continuous evolution to include many other aspects that promote wholistic land and economic reclamation will spur the initiative from being merely a project into a  life-transforming agenda.

From only seeking to plant a belt of trees, to building a mosaic of different landscapes that best support the environment and livelihoods indeed the path to agenda 2063 in on target. More organisations seem to be coming aboard with funding and support for the project. Moreover, the GGW is crossing over to Southern Africa; the future is definitely promising good results for the Sahel region and Africa in its entirety.

Better prepare East Africa: desert locust threat is not over