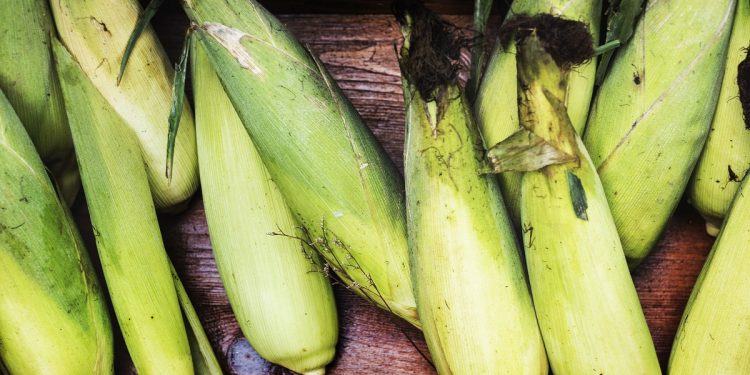 Africa’s food security and supply cannot be guaranteed since they face many ‘silent’ threats key among being the aflatoxins menace.

Produced by the Aspergillus fungus which grows in soil, aflatoxins are highly poisonous compounds which affect nearly all the food crops grown in Africa such as cassava, chili, groundnuts, maize, rice, sorghum and teff.

The continent’s major cash crops such as coffee, cocoa, tea and sugarcane have also not been spared and they have been found contaminated with these dangerous toxins.

To make matters worse, the aflatoxins have also been found in processed foods such as peanut butter and in animal-sourced foods like egg and milk.

The aflatoxins are not only a threat to the food sources and supply chains but they are also deadly to humans when consumed.

So deadly are these fungal toxins that they cause cancers in humans and animals with the aflatoxin B1 being the most potent natural carcinogen known, according to the International Agency for Research on Cancer.

To address this, the International Institute of Tropical Agriculture (IITA) and its partners are working together to enhance crop quality and productivity.

IITA’s target is also to reduce producer and consumer risks while generating wealth from agriculture by reducing hunger, malnutrition and poverty.

Through the partnership, IITA has come up with Aflasafe which is a safe natural solution to aflatoxin.

Aflasafe is a home-grown solution for Africa and it works by stopping contamination from reaching dangerous levels while keeping foods like maize and groundnuts safe to eat.

“Aflasafe tackles toxic tragedy using harmless types of Aspergillus flavus. Surprisingly, this is the same kind of fungus that produces aflatoxin, but in this case they are kindlier cousins that do not and cannot ever produce the toxin,” notes IITA.

The Ibadan, Nigeria-headquartered organisation notes that each country has its own version of Aflasafe from a mixture of four fungal strains which are all found growing naturally in local soils.

IITA adds, “The friendly fungi are coated onto ordinary sorghum grain, which acts as a vehicle to help them get established and can easily be broadcast onto fields.”

Aflatoxin contamination is common in foods sold and consumed throughout Africa and the worst hit are the staples which are consumed daily.

To show the cost of the toxins in the staples, many Africans including small children are exposed to the aflatoxins from a young age, according to IFPRI. This means that they become susceptible to the cancers caused by the fungal toxins.

So prevalent is the problem that a report by IITA shows that in Kenya, for instance, four out of ten times you buy maize, it is likely to be affected by aflatoxins.

In a research conducted by scientists to establish the magnitude of the problem, hundreds of maize samples bought from markets across the country were found to contain aflatoxin at 41 per cent above the limit allowed in food.

Of all the samples, less than a quarter of the maize had no aflatoxin at all while 12 per cent had more than ten times the safe limit.

And it is not only the maize bought from the markets that was contaminated. The study also found that a third of all maize in farmers’ stores had aflatoxin levels which were above the safe limit content.

The reason why the problem is a silent threat is that the aflatoxin causing fungus keeps growing inside food after it is harvested without any visible signs. This exacerbates the contamination levels since the amount of fungal toxin tends to go up throughout storage and transport until the food reaches the consumer.

Aflatoxin thrives in Africa is because weather conditions make the continent a fertile ground for the toxic tragedy.

Large swathes of Sub-Saharan Africa (SSA) have the ideal conditions encouraging the fungus to thrive. In Nigeria, 65 per cent of maize and groundnuts harvested in some years are contaminated.

Aflatoxins are a danger to food sources from their infancy. Climate change has worsened the situation since changes in weather conditions mean that the crops are stressed and unhealthy making them vulnerable to the fungus.

Dry weather is especially ideal in helping the fungus grow. After harvest, Africa’s heat and humidity help the aflatoxin to continue multiplying in the already infected yield. In addition, some parts of the continent have high proportions of the extremely potent toxin-producing strains of the fungus making Africa the most dangerous aflatoxin hotspot in the world.

While the burden is not only on food security, aflatoxins have also increased the disease burden on the continent with cancer cases on the rise. Eradicating the aflatoxin problem means the continent can also reduce the burden occasioned by diseases caused by the fungus to free up resources for other investments.

Since the continent lacks stringent food testing and controls, setting up effective controls would be a step in the right direction towards eradicating the problem.

For governments, APHLIS advises knowing where the risks exist to enable policymakers and extension workers to promote and support elimination systems.

With Africa’s food demand expected to grow with an increasing population, fighting aflatoxin will be key to ensuring that this population is feeding on healthy food and avoiding contracting disease caused by fungus-infected food sources.