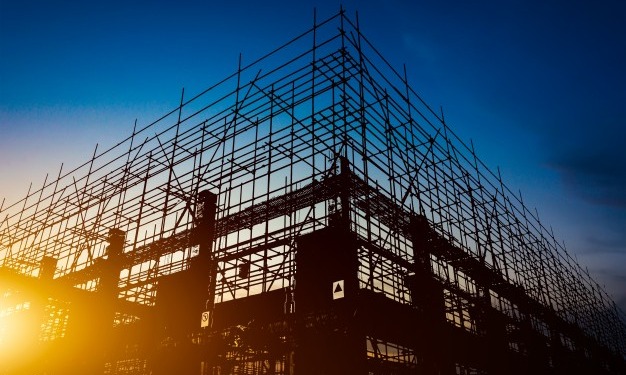 Chinese lending to the public sector in Africa was $28 billion in 2016 according to research from the China Africa Research Initiative. In 2018 it also declined to $9.9 billion and sunk further to $7 billion in 2019.

Chinese lending to Africa has declined drastically after nearly two decades of bilateral lending which has led to the development of infrastructure in the region.

Chinese lending to the public sector in Africa was $28 billion in 2016 according to research from the China Africa Research Initiative. In 2018 it also declined to $9.9 billion and sunk further to $7 billion in 2019.

The decline is due to changes in the Chinese economy, Chinese investment losses and the uncertainty of the Chinese trade with the United States. The fact that Chinese lending has been receiving negative criticism as the cause of debt distress in some poor country’s in the world could also be a reason for the slowdown in funding.

With over 1,140 projects in Africa worth 153 billion, China has emerged as Africa’s largest bilateral lender over the last two decades. With $148 billion worth of loans, Angola is the top recipient of Chinese loans signed over 18 years.

“Chinese loan finance is varied. Some government loans qualify as “official development aid.” But other Chinese loans are export credits, suppliers’ credits, or commercial, not concessional in nature.” The report noted.

Chinese accounts for 55 percent of projects in the power and transportation industry where the continent has the greatest shortage. 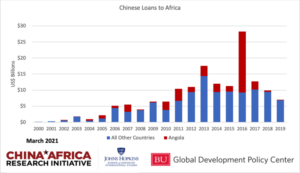 According to the research, the volume of projects is going to reduce and as the slowdown of infrastructure continues, it is expected that lending will be under stringent terms. In African governments, any decline in revenues translates to a decrease in funds for infrastructure upgrades and maintenance since most governments finance up to 40 percent of their own infrastructure.

According to a report by the law firm Baker McKenzie on African infrastructure, multilateral lending has also declined alongside a decline in infrastructural funding.

African economies have already been severely affected by the pandemic and the decline in funding could not have come at a worse time. Many African countries have defaulted their debts with some asking for an extension of payments and others seeking help from monitory organizations to bail them out. In 2020 the IMF approved $500 million to cancel six months of debt for 19 African countries.

Forum on China Africa Cooperation (FOCAC) cancelled interest-free loan debts of 15 African countries which were to mature at the end of 2020. Some African countries such as Botswana, Burundi, Rwanda, the DRC, and Mozambique were the beneficiaries of the relief which totalled to at least $80.7 million.

According to the International Monitory Organization, in 2021 Africa will be the World’s slowest growing region.

In its 2021 economic report for Africa, the African Development Bank said that government spending in Africa increased in 2020 as they strived to support their population during the pandemic.

“This has had a direct negative impact on budgetary balances and debt burdens: the average debt-to-GDP ratio for Africa is expected to climb by 10 to 15 percentage points in the short to medium term, fueled by the surge in government spending and the contraction of fiscal revenues as a result of Covid–19.” The bank noted.

According to the bank, this will result in fast-paced debt accumulation in the near to medium term.

“Although the average debt to-GDP ratio had stabilized around 60 percent of GDP, recent debt restructuring experiences in Africa have been costly and lengthy because of information asymmetries, creditor coordination problems, and the use of more complicated debt instruments,” AFDB said.

According to a report by McKinsey, it estimates that international investors such as China, United States, United Arab Emirates and the United Kingdom, which have an appetite for African investment, could unlock $550 billion in assets under management for African infrastructure projects.

The report also said that in order to close Africa’s infrastructure gap annual investments in infrastructure must double between 2015 and 2025, which will total to $150 billion in 2025.