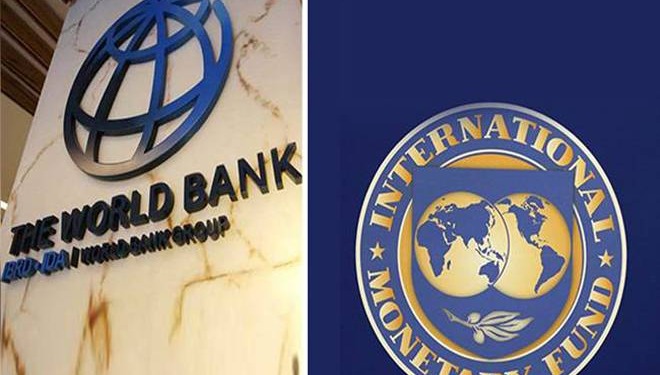 In his weekly, open letter to the public on Monday South Africa President Cyril Ramaphosa said that this should include a greater allocation of the IMF’s ‘special drawing rights’.

In his weekly, open letter to the public on Monday Ramaphosa said that this should include a greater allocation of the IMF’s ‘special drawing rights’.

Special drawing rights (SDR) are an international reserve asset that can be converted into five currencies: the dollar, euro, yen, British pound and yuan.

he said $162.5bn should be made available instead of the $33bn which has been proposed from the “special drawing rights” which will be released to increase reserves of African countries.

Ramaphosa’s sentiments comes days after the Paris Summit that drew together African leaders and European leaders to discuss health and finances to aid in economic recovery ended with France President promising to Vaccinate 40% of people in Africa by the end of 2021.

“South Africa reiterated its support for a comprehensive and robust economic stimulus package for Africa to aid the recovery. But we said this should not be a substitute for official development aid.

“We welcomed the steps taken by financial institutions like the World Bank and IMF to support low- and middle-income countries, and called for further measures to support vulnerable countries. This would include an allocation by the IMF of what are known as special drawing rights, where on the basis of membership quotas, about $33bn will be released to increase the reserves of African countries,” he said

African leaders have argued that $33bn, while welcome, is not sufficient to meet the challenges the continent faces. As the more developed economies are set to receive much of the $650bn of special drawing rights to be issued,

“we believe 25% [which equates to $162.5bn] should be made available to African countries”, he said.

Ramaphosa said other measures to aid recovery would include increased concessional financing by international institutions and development agencies, and additional measures led by the G20 countries to provide African countries with debt relief.

He maintained that while Africa needed much more financial assistance, it wanted to maintain its independence as a continent.

“As African countries, we want to help ourselves and not be told what is good for us. The principle of ‘nothing about us without us’ should be applied. It is important that we affirm our sovereignty as free and independent states capable of determining the destiny of our continent.”

Ramaphosa said that the African Continental Free Trade Area will play a key role in the continental recovery, with a greater role envisaged for the continental network of African public development banks to mobilise funding to support key projects in health, education, infrastructure, green growth and other sectors.

Ramaphosa hailed of the good cooperation and unity that has existed between African Nations ever since the Covid-19 was reported in Africa, urging the same from leaders to continue creating a more favorable climate for private sector investment in their economies.

“The Covid-19 pandemic has resulted in unprecedented levels of unity and co-operation between African countries. It has seen the continent strengthen its ties with the broader international community and global institutions,” he said.

In Addition the South Africa President called on nations across Africa to strengthen their economic and social union for their citizens.

“Ours must become a continent that is thriving and prosperous, not one from which its people are dying in an attempt to leave.” The statement read in part.