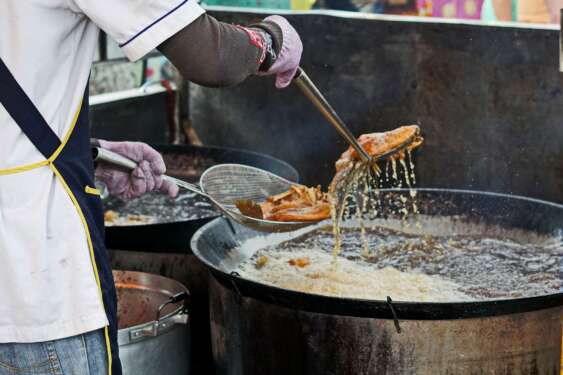 If nothing is done to address the food importation situation, the expenditure is set to surpass the US$100 billion mark per year by 2030. This spending is in foreign currency which disadvantages the continent even more.

by Njenga Hakeenah
in Agribusiness, Industry and Trade
0
Share on FacebookShare on LinkedIn

By 2030, agriculture and agri-business will be a US$1 trillion industry in Sub-Saharan Africa.

Despite these two flowery descriptions and projections of the sector, the continent spends US$35 billion annually importing food yet 65 per cent of all the uncultivated arable land in the world is in Africa. If nothing is done to address the food importation situation, the expenditure is set to surpass the US$100 billion mark per year by 2030. This spending is in foreign currency which disadvantages the continent even more.

The solution to the recurrent food insecurity problem lies in investing in the sector to ensure that the agriculture and agribusiness value chains become attractive to those most affected – Africans themselves.

First, governments which are key stakeholders and players in the sector need to formulate and implement policies that will ensure that the issue of value chains in agriculture is addressed. For starters, with an estimated 33 million smallholder farmers, Africa’s agricultural value chain is deeply fragmented.

Farmers in Africa lack access to farm inputs and implements, fair markets and financial services among other critical needs.  In addition, the farmers suffer from the dearth of agriculture-related information at their level especially about prices, weather forecasts, pests and market demands. The consequences of this are lower yields and decreased profit margins.

Governments in Africa have also not invested in the sector like they have in manufacturing and other sectors they regard as key to their development. For long, African governments have failed to see the business and economic sense of investing in this critical sector.

A typical agriculture value chain includes production, harvesting and transport, primary processing and storage, secondary processing, distribution, packaging and handling and finally wholesale and retail markets. In this chain, what is noteworthy is that suppliers of inputs like seeds, farm extension officers and the like are always left out. This is because the smallholder farmers may not be in a financial position to hire expertise or to get quality seeds since they have to deal with people whom they can financially afford. In most cases, affordability is impossible altogether.

This means that the farmers will have to make do with what they have—often inferior quality seed, lack of farm implements or access to affordable finance—which in the long run ends up in loss–making ventures especially if natural disasters like the vagaries of weather or pest invasion strike.

UN-FAO notes that in Sub-Saharan Africa, agricultural production and productivity continue lagging behind the global average despite the rapidly growing population. The increased number of people means that there is an urgent need to address the production gap. This can only be possible through smooth linkages in agriculture and the agricultural value chain.

Even as Africans seek agricultural transformation, the critical issue of natural resources management and the preservation of biodiversity and ecosystem services remains an integral part in the agricultural value chains.

For increased productivity, there is a need to promote climate-smart agriculture, technology transfer, mechanization, and greater access to markets and trade which will help farmers achieve success on their commitments to addressing climate change, diversifying agriculture and increasing competitiveness using an inclusive value chain approach.

In the socio-geographic context, UN-FAO notes the migration of large numbers of Africans moving to urban centres thereby creating enhanced rural to urban value chains and a large demand for processed food.

As such, the value chains in agricultural transformation need to support poverty reduction in and around urban centres so creating economic and livelihood opportunities for youth and women, while also allowing farmers, pastoralists, fisher-folks, and foresters to benefit financially from this food systems transformation.

On the global scene, Africa’s value chains in agriculture need to match those of other countries if African farmers are to benefit from the sector.

According to the International Food Policy Research Institute (IFPRI), despite Africa’s high potential, the continent’s participation in world trade remains low. Since 2013, the African region has experienced an agricultural trade deficit with all other regions.

In the late 90s, Africa was said to have missed out on globalization while the World Bank’s review of the continent in 2000 showed that the continent’s loss in world trade was significant and reflected a failure to diversify into new products and a falling market share for traditional goods.

With the implementation of the Africa Continental Free Trade Area (AfCFTA), the agriculture and agribusiness sector players need to have a strong position in the chain to better influence their benefits.

The AfCFTA is addressing previously insurmountable challenges in cross–border trade where many African traders were restricted to trade within their countries thus limiting the availability of and access to the 1.3 billion people market.

With the opened borders, African farmers have to look beyond the ordinary to produce food beyond the ordinary. For instance, while produce like milk has a short shelf life, dairy farmers should focus on value addition to ensure that milk produced in Kenya, for instance, can be sold in West Africa easily without the fear of it getting spoilt. Likewise, fish from South Africa can be sold in Morocco because the fisherfolk have invested in value addition.

The AfCFTA is offering African farmers a billion reasons to invest more in the value chains since the demand for food will only grow. As it is, 77 per cent of Africa’s population is below the age of 35 meaning that this population will lead to the ballooning of the number of people the continent will have in a few decades.

Projections show that by 2050, Africa will be home to one billion children. This means that for every five children in the world, two will be Africans born on the continent. With this kind of projections, the agricultural value chains need to innovate and evolve to tap into the potential that is feeding Africa of the future. The value chains have to also include absorbing these young people to the sector to avoid a catastrophe that would be created by the burgeoning population if poverty is not kept in check.

Graça Machel, stateswoman and author, warns that despite the fact that African youth have the potential to transform the continent, they could exacerbate poverty and inequality if they are neglected. With a neglected majority population on the continent, the outcomes could be a threatened peace, security and prosperity.

Agriculture has the potential to arrest this situation and prevent it from becoming a reality on the world’s youngest continent.