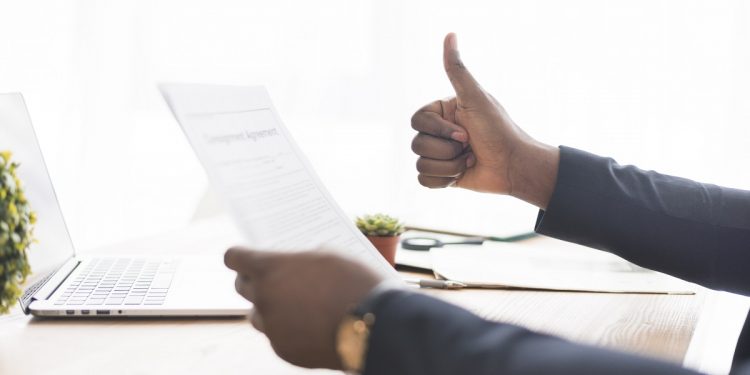 Climate change has made smallholder farmers poor in Africa. With crop insurance, farmers can afford to continue producing since they have the assurance of not losing everything they invest.

African farmers have remained resilient despite deteriorating output from their farms occasioned by weather changes brought about by climate change.

Despite sometimes consecutive losses, the continent’s smallholder farmers who are the backbone of the economy continue investing in their farms regardless of the lack of a promised harvest.

Africa’s food security is dependent on reliable harvests from smallholder farmers who make up a large percentage of the food sources on the continent.

However, erratic weather has continually made their job increasingly risky.

While insurance companies have not fully embraced smallholder farmers, governments should step in to fill the gap which would ensure that the vagaries of the weather do not condemn these important communities to poverty. With insurance, the farmers can weather poor harvests while adapting to a changing climate.

However, it is not as easy as it sounds and that is why few insurers want to enter the market, which makes government support critical.

For insurers, the biggest challenge is scale where insuring farmers in a single village becomes risky since the likelihood is that all the harvests will be similar. This is unlike if they were insuring many more farmers spread over a larger area which means that the risk is evenly spread.

Even though this makes it a better bet for insurance companies, it is not easy garnering these numbers making government support all the more essential.

According to One Acre Fund, a non-profit social enterprise, progressive policies can create an important incentive for agricultural insurance.

Kenya in its 2018/19 an agricultural budget had prioritized farmers’ resilience to climate shocks.

The key focus was on crop insurance for smallholders. Under the government’s initiative, insurers who had traditionally focused on commercial farms were encouraged to add coverage options for small-scale farmers.

Kenya’s smallholder farmers produce 70 per cent of the country’s maize which makes it imperative to offer them the support and cushioning they need to keep producing.

Kenya stopped paying premiums three years ago to the Africa Risk Capacity (ARC) which is an insurance agency of the African Union.

Kenya withdrew payment before it could reach a coverage trigger and will restart paying premiums next month under a revised, holistic insurance structure.

With the latest shock of the desert locust invasion, insurers have no policy to cushion farmers against losses occasioned by the pest. Insurers, however, do have multi-peril micro-insurance products on offer to farmers which cover smallholder maize farmers for yields below 80 per cent of the expected harvest.

With such offerings, farmers are encouraged to continue with their activities despite the challenges that may come with changing weather patterns.

The Rwandan government has subsidized the scheme up to 40 per cent to enable farmers easily access financial services. This move also ensures the continuous flow of credit to the agriculture sector.

Rwanda’s insurance scheme is meant to improve livelihoods through capacity-building to eradicate poverty. The Rwandan scheme is implemented in partnership with three insurance companies and to avoid fraud especially in livestock insurance, the use of microchips has been adopted.

Rwanda has also implemented a national Radio Frequency Identification (RFID) system and database for livestock tracking which will enable decision-making for compensation. While the programme was launched late last year, farmers who have not registered will bear the cost of losses brought about by flooding disasters this year.

The country’s Ministry of Agriculture and Animal Resources (MINAGRI) promises to subsidize insurance cost for more crops and livestock coverage to cushion farmers against losses.

Lack of knowledge about agriculture insurance and lack of insurance services are some of the major hindrances to farmers accessing the services.

If crop insurance is to be the anchor of food security in Africa, even the formally illiterate should be encouraged and educated to embrace the scheme which could offer them an avenue out of food insecurity and poverty.

Read: Ethiopian brewer to use IFC’s €50m for more barley

C-19, Obituary of flowers: An industry in peril