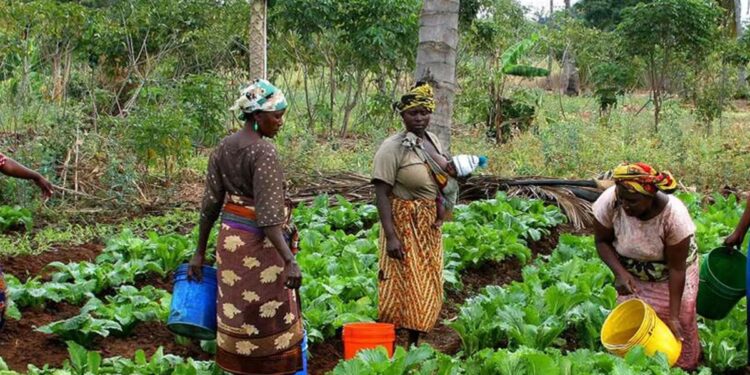 Living off the land in Africa digitally

On a spiritual level, the fracturing of the relationship between the people and the land as urbanisation kicked in with a vengeance is causing lasting and severe damage to the environment and the population’s food security.

by Opinion
in Africa, Agribusiness
0
Share on FacebookShare on LinkedIn

Something sorrowful happened in Europe a hundred years ago that happened in Africa some years later.

Earning one’s living from the land became something that was not regarded as a viable life choice for the educated. Mud-ingrained hands, clothes that smelled of livestock and talk around yields and harvests were certainly not welcomed in many of the households of the newly educated and nouveau riche.

On an economic level, it made no sense for nations to try and divert all their best and brightest people away from the sector that generated the majority of its Gross Domestic Product.

On a spiritual level, the fracturing of the relationship between the people and the land as urbanisation kicked in with a vengeance is causing lasting and severe damage to the environment and the population’s food security.

The curious thing to a British observer is that nearly all of the people of my age (more than 50 years!) whom I know and who are at the top of their professions in finance, government, trade, hospitality or retail are also…..farmers.

In fact, I know hardly anyone who came to the big city seeking an escape from rural ways who is not now farming in the village or on the outskirts of their city. Many times I see them a good deal more excited about their crops than they are about their balance sheets.

Sadly their passion for the land has not been inherited by their children who mooch aimlessly around the cities clutching Masters and Doctorates projecting an air of sophistication that does little to obscure their utter desperation.

This is the generation that was told that there was a better way, that education could give them an endless opportunity with minimal dedication and absolutely no grime. They are computer literate, Gen Z kids who interact digitally by default, use apps naturally and take the information age for granted.

And who would see agriculture as being as far away from digital technology as Earth is from Mars.

I have written here before about the huge issue facing Africa in terms of youth unemployment and it is clear that we need to make farming way sexier!

It should not be like this and I am convinced that we are at a tipping point where we can facilitate a massively beneficial process whereby we re-engage a generation with the land whilst building exciting AgTech businesses that make farming businesses smarter, cleaner, more efficient, more sustainable and more profitable.

My clients, friends, co-investors and I have identified food and water as two investment opportunities where there is going to be a massive upside in the coming twenty years. The world population is forecast to grow by another two billion people by 2050 and urban populations by 2.3 billion.

We see a massive opportunity for Africa to help feed the world if we harness technology effectively and subscribe to a circular economy. Some of the technologies that we are investing in include:

Global Agricultural Intelligence and Supply Chain Tools: providing detailed intelligence to farmers on every aspect of their business from weather through crop management, hourly market prices, transportation options and other valuable data, and allowing farms of whatever size to engage directly with buyers at home and abroad to sell their crops without the help of parasitic middlemen.

Blockchain for organic integrity: As food origins, ethical farming, organic produce and sourcing become more and more important to consumers and suppliers it becomes essential to be able to validate origins from farm to table and this is possible and deliverable in real-time through blockchain technology. We are currently deploying this with medical marijuana suppliers to give both their customers and the authorities in their countries of operation a real-time view of every ounce of cannabis produced, harvested and shipped.

Herd management: pastoralists around the world pride themselves on knowing the status and location of their herds but they cannot possibly compete with the technology being deployed by a business that we think has a huge future in Africa. Ceres is a technology business that allows cattle or endangered wildlife to be tagged at low cost and then helps owners and buyers benefit from real-time information.

This highlights everything from sick cattle, animal attacks, proximity to other herds, vaccination status and general health and performance in real-time. Information is updated via Bluetooth and, as with all great technology deployments, we are seeing incredibly experienced ranchers learn things they never knew about their own herds.

Indoor Farming: as highlighted Africa and the world, in general, will experience even greater levels of urbanisation in the coming decades and it makes no sense at all to ship all the people from the countryside to the city….and then ship the food to feed them down the same route.

Particularly in the West but across the world there are increasing numbers of empty retail premises in the areas where people live and we have identified a number of great businesses that allow the production of organic food at a much faster rate with much lower water usage and no need for soil, fertilisers or any of the man-made components that are damaging food production. And when the green product is grown, in 35 per cent of the usual growing period, it is grown next to or near to the shop where it is to be sold so there are way fewer food miles.

There are many other exciting, viable and disruptive AgTech businesses that can add value to agriculture and livestock entities. There is also massive interest in synthetic foods but this is an area I am a good deal less certain of.

I am wholly convinced that if we can harness all the data that exists in the brains of generations of farmers in agrarian economies and scientists in more developed countries; analyse, manage and disseminate that data to all those that are invested in the food business; provide supply chain technologies and digital access to farmers of every size and type, and combine science with passion and information then in Africa we can feed ourselves better and feed a good deal of the rest of the world more profitably.

At the same time as engaging a lost generation with the extraordinary planet that sustains them.