The costs of fertilizers in SSA are roughly four times higher than in Europe, and the food security of African nations is greatly dependent on imported fertilizers.

by Opinion
in Agribusiness, Industry and Trade
0 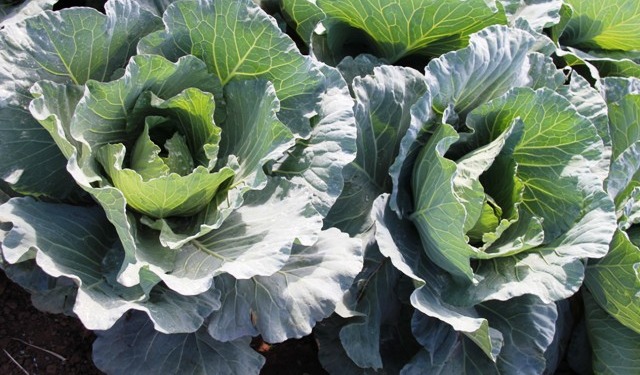 Africa remains one of the most vulnerable regions in regard to food security, and is under great pressure to solve the increasing need for food due to an explosive population growth. Despite that, one out of four undernourished people globally is coming from Africa. Sub-Saharan Africa (SSA) is paying the highest price for fertilizers in the world. The costs of fertilizers in SSA are roughly four times higher than in Europe, and the food security of African nations is greatly dependent on imported fertilizers. Even more concerning, the global price of fertilizers has been increasing during the crisis, such as the global food crisis affecting Africa – and even during the pandemic. How is it possible that the world’s most expensive fertilizers are sold in Sub-Saharan Africa, while the continent is suffering to feed her people? What needs to change?

No local production of fertilizers

The mineral fertilizer industry is highly concentrated in a few countries that control most of the production for phosphate, nitrogen and potash fertilizers, which are produced with raw material that are not available worldwide. At this moment, only five countries control more than half of the world’s production for urea (nitrogen-based fertilizers), potash and NPK (complex fertilizers), and MAP/DAP (phosphate-based fertilizer) due to the geographic availability of raw materials. For example, for potash fertilizers, the leading nations produced more than 77% of the global production in 2008/2009, whereby only Canada and Russia are responsible for more than half of the capacity (figure 1). On top of that, some of these raw materials that are globally used are finite resources, such as phosphate. The scarcity of resources will not only result in higher fertilizer costs but also threaten food production, supply and political stability. One of the biggest reserves of phosphate is in China, which has only 24 years left at the current production rates without considering the needs to feed the increasing global population

Unfortunately, African countries do not play a significant role in the production of these fertilizers. As a result, those African countries are greatly dependent on these imported inputs that are promoted by their governments to increase agricultural production and to feed their people. Only in Rwanda, about 44.000 metric tonnes of fertilizers were imported in 2012. Currently, local governments need to subsidize these inputs to compensate the costs for farmers. In some African nations, the costs of fertilizer subsidies account for up to 70% of the financial resources that are allocated for the national agriculture budget. It is even more concerning, that the global price of fertilizers increased further in situations such as the food crisis in 2008, and pandemic, affecting African countries. This creates a damaging effect on food security and poverty in Sub-Saharan Africa.

Also, it is questionable what happens with the small-scale farmers that are depending on government subsidies, once the governments decide to stop with the subsidies. Mineral fertilizers are known to increase agricultural production in tropical countries in the short term; however, these fertilizers fail to improve soil fertility and health in the long-run. Some farmers in SSA already apply mineral fertilizers out of fear, since they know that without mineral fertilizers, their production will drop significantly, which makes farming with these imported inputs not sustainable in the long term.

What needs to change?

In sum, the distribution of imported fertilizers to African nations creates a great dependency on inputs that are made from finite raw materials with the risks to threaten the food security of SSA further. What needs to be done to make farming in SSA more sustainable?

As stressed earlier, mineral fertilizers are known to improve productivity in the short term but fail to improve soil fertility in the long term. There are already cases, whereby farmers apply acid-forming fertilizers, such as DAP, to already acidified soils. The application of incorrect fertilizers has resulted in declining production and diminished resilience of the soil to produce sustainably. Also, the high costs of farm inputs to cope with acid infertility soils remain a great challenge for small-scale farmers with limited financial resources in SSA.

At the same time, there are local opportunities that are not optimally utilized. For instance, waste accumulations in African cities are an increasing problem for safety, health, and contribute to emissions that are accelerating climate change (Table 1). In the African region, about 57% of total waste is organic waste, which can be turned into high-quality organic fertilizers and farming inputs. This is a win-win situation for the farmers (farm inputs), but also for the city, and the city dwellers (healthier, cleaner and safer city). Concerning the fact, the urban populations in Africa are projected to triple from 470 million in 2015 to 1.2 billion by 2050; SSA is expected to be the world’s fastest-growing region for waste by 2050.

This is a great business opportunity for local companies to transform organic waste into farming inputs through a circular economy approach. Furthermore, organic fertilizers help to reduce mineral fertilizer use, and improve the soil health in an incremental way rather than depleting the soil over time. Also, other sustainable farming practices at the farm level can help improve soil fertility, such as crop rotation, intercropping, cover crops, agroforestry, mulching, and mixed farm systems.

Also, governments are still lagging behind to ensure waste management and separation. Currently, most of the waste in East Africa is not sustainable landfilled or even dumped while only a small part is recycled. This is a challenge for companies that are producing organic fertilizers and farming inputs to ensure sufficient quantities of organic waste that are separated at the source. The government plays a key role to establish appropriate waste management and separation infrastructure at source, which helps to unlock business opportunities for companies and farmers. Despite that, there is more attention to the challenges of the current waste management infrastructure more support is needed from governments, investors and development cooperation to put into practice.

Not only policy challenges are essential, but also research and pilot projects take a significant role. There is still limited research conducted on the impact of organic fertilizers on productivity in the local circumstances, and how these farming practices can be improved to optimize the yield. The research agenda seems to have a much stronger focus on conventional farming in Africa, which is a missed opportunity to take away the myths around organic fertilizers and inputs. Stakeholders might be more hesitant to shift due to the lack of information, knowledge and they might give up when they experience challenges especially during the transition phase. Also, researchers, play a significant role to come up with innovative solutions through testing environmentally friendly inputs and farming practices, on how to cope with the local challenges – with the aim to improve the livelihood of farmers in the long term.

Elke Nijman is an agricultural and circular food system expert with over 6 years of field experience in East Africa.  She is the Founder of Circular Africa, a consulting, training, information portal developing circular economy solutions in East Africa.

Are Mobile Operators the next Fintech Startups?