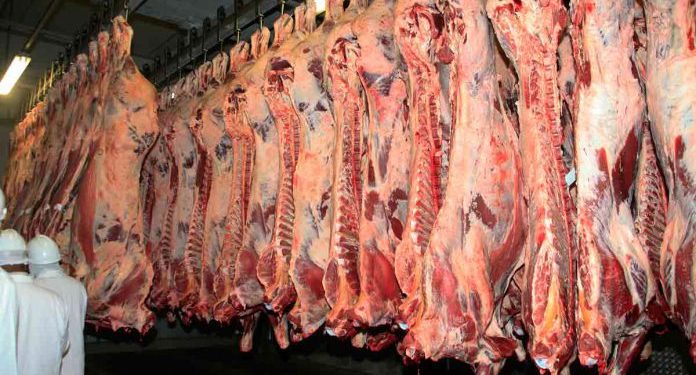 The detection of foot-and-mouth disease (FMD) in Botswana has sent shockwaves through the livestock sector and for good reason.

FMD is a highly contagious viral infection that affects cattle, sheep, and pigs. To be clear, the consequences of an FMD outbreak are significant; and, for those directly affected they are dire.

Botswana has suspended all exports of cattle and related meat products while authorities investigate a suspected outbreak of foot-and-mouth disease.

“Farmers are informed that a movement standstill for all cloven hoof animals has been imposed due to suspected foot and mouth disease cases in the North East District,” Kefentse Motshegwa, acting director of Veterinary Services, said, adding that exports of fresh meat and raw animal products have been suspended.

The suspected cases involve animals in the North-Eastern district that’s close to Zimbabwe, Kefentse Motshegwa, Botswana’s acting director of Veterinary Services, said in a statement on Wednesday. All movement and slaughter of cattle within the country have also been halted.

“The movement restriction facilitates disease investigation and will be lifted once investigations are concluded,” Motshegwa added.

Cattle exports are a key source of foreign currency for Botswana, after minerals and tourism. The southern African country’s beef producers enjoy relaxed export terms with the European Union and Norway.

The disease can shut the annual export market for livestock products for at least three months. And export losses would be in addition to those associated with the slaughter of tens of thousands of animals likely to be needed to control an outbreak and the flow-on effect to rural communities due to lost tourism.

Read: Namibia to suffer from the banning of hunting trophy imports by the United Kingdom, Belgium, and Finland

Along with South Africa and Namibia, Botswana is one of the biggest beef exporters to the European Union, where it enjoys duty- and quota-free access and where it saw export earnings drop from US$130 million in 2010 to US$20 million in 2020 amid the COVID-19 pandemic, central bank statistics show.

In 2020, Botswana exported US$46 million in Bovine, making it the 31st largest exporter of Bovine in the world. In the same year, Bovine was the fourth most exported product in Botswana. The main destination of Bovine exports from Botswana is South Africa, Namibia, and Zimbabwe.

In 2020, Botswana imported US$1.76 million in Bovine, becoming the 89th largest importer of Bovine in the world. In the same year, Bovine was the 305th most imported product in Botswana. Botswana imports Bovine primarily from: South Africa, Namibia, and Zimbabwe.

Apart from the EU, Botswana exports beef and live cattle to Zambia, Zimbabwe, Namibia, and South Africa, which has also had to tackle sporadic outbreaks of foot and mouth disease. The fastest growing export markets for Bovine of Botswana between 2019 and 2020 were South Africa and Namibia.

The ban on the movement of cattle follows a similar step by neighbour South Africa last week to curb an outbreak of the highly contagious viral disease which affects cattle, pigs, sheep, goats, and other cloven-hoofed animals. It does not affect human beings.

According to an article by Reuters dated August 16, 2022, the South African government suspended all movement of cattle in the country except for slaughter due to an outbreak of foot and mouth disease.

According to a statement from Thoko Didiza, the minister of agriculture, land reform, and rural development, the suspension would last 21 days before being reviewed on a weekly basis.

During this time, livestock cannot be moved between properties for any reason other than to be slaughtered in authorized abattoirs or for ritual purposes, according to Didiza.

There are now 116 foot and mouth disease cases in South Africa. Although the illness does not endanger people, it is a very contagious sickness that affects cattle, sheep, goats, and pigs.

“Obviously there are some leaks that we are undertaking that we think there was a deliberate break of biosecurity,” she said.

“We also are saying the management of the trucks and vehicles they use are cleaned because themselves they can be the spread of the disease.”

According to an article by ABC News published on April 6, 2022, China banned the import of all cloven-hoofed animals and their products from South Africa due to an outbreak of foot-and-mouth disease (FMD) in three provinces.

The affected provinces in the recent outbreak include North West, Kwa-Zulu Natal, and Limpopo, with industry representative, Cape Wool South Africa, warning the ban would have “a massive impact on many industries in South Africa”.

In 2019, China enforced a similar ban that lasted for eight months, heavily impacting the country’s wool industry, which, like Australia, exports the majority of its products to China.

“Not least of which is the wool industry which, of the 45 million kilograms produced each year, exports approximately 80 per cent of this annual wool clip, in the form of greasy wool, to China,” it said in a statement.

“Exports could resume only once several new measures were implemented as required by China.

“These measures included registration of facilities to export to China and inactivation of the FMD virus, as detailed by the World Organisation for Animal Health.”

South Africa’s Department of Agriculture, Forestry, and Fisheries was undertaking a vaccination campaign for cattle in the outbreak’s disease management area.

Read: South Africa and Botswana have agreed to fund the improvement and extension of rail freight links to boost trade