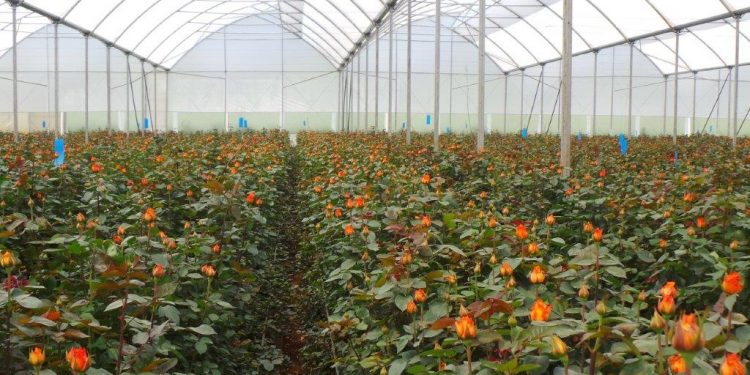 C-19, Obituary of flowers: An industry in peril

The flower industry has not been left unscathed, being one of the hardest hit sectors. Plummeting revenues have been the plight of flower farmers, who have been disposing of blooms meant for export that have been wilting by the day.

by Opinion
in Agribusiness, Industry and Trade
0
Share on FacebookShare on LinkedIn

The grasp of the Coronavirus has been unrelenting; like the grim reaper, it continues its deadly march around the economies of the world, sucking the soul of one sector after another, leaving a trail of death and destruction.

The flower industry has not been left unscathed, being one of the hardest hit sectors. Plummeting revenues have been the plight of flower farmers, who have been disposing of blooms meant for export that have been wilting by the day. Covid-19 has upended the flower industry and crushed consumer demand in the international market, incurring a net-loss of well over Ksh.8 billion (US$74.7 million) in just a month, with daily losses reported to be amounting to Ksh.20 million (US$187.0 thousand). Direct sale orders have plunged to below 35%, placing the livelihoods of both the 150,000 direct dependents and across the value chain, to the over four million, who indirectly profit from the sector, in jeopardy. Sustenance of workers by flower farms has been a quandary, which has necessitated furloughs and layoffs.

The gargantuan contribution made by horticulture to the national Gross Domestic Product, cannot be underrated, as it makes for the third-largest foreign exchange earner with annual earnings of around $1.15 billion. A report by the Fresh Produce Exporters Association of Kenya (FPEAK), horticulture earned the country a total of Ksh.144 billion (US$1.35 billion) in 2019, with cut flowers at 120 billion, accounting for 72% of the total earnings. Floriculture is the highest foreign exchange earner, among the country’s exports and a significant contributor towards the National Export Development and promotion strategy, the Big 4 Agenda and the Kenya Vision 2030.  Ranking fourth on the global scale in the production of cut flowers and ornamentals, these figures go to show the enormity and significance of the sector, which exports 75% of its flowers to Europe.

The once flourishing industry is in turmoil, primarily because of the closure of the Dutch auction, where the bulk of Kenyan flowers are sold and the suspension of exports to the European Union, which is its largest market. Lockdowns, travel restrictions, flight cancellations and social distancing have further fueled the situation. Covid-19 has bedeviled the industry, which was on recovery after a fairly low 2019. Flower companies had been banking on their peak season precipitated by global holiday events such as Valentine’s Day, International Women’s Day, Easter weekend, Mothers’ Day and weddings, but the outbreak extinguished their hopes.

Prior to the outbreak, the sector was facing a myriad challenges such as the high cost of operations, double taxation, delays in the value added tax refunds, fertilizer shortage and fluctuating market prices. The industry has also been under siege by the False Codling Moth (FCM) that has further drained the sector. The pest which destroys the rose crop, has been difficult to manage and control, calling for an amalgamation of the Kenya Plant Inspectorate Services (KEPHIS), the Kenya Flower Council and the government of Netherlands.

The Kenya Flower Council (KFC), a voluntary membership organization of growers and exporters of cut flowers and other supply chain actors has been facing an uphill struggle to maintain its mandate of securing Kenya’s floriculture as a leading global player in the international market. Restrictions on shipping have seen a rise in the demand for freighters and exporters unable to meet the inflated airline prices to the various market destinations. The Council has been appealing for government intervention through cash injections and payment of tax rebates, loans and loan guarantees to salvage the sector, especially on transportation of commodities.  Clement Tulezi, Kenya Flower Council CEO noted that the rise in volume demand could not be accommodated by the available freight capacity.

“The current capacity stands at 1300 tons, for all export commodities against the demand of 3500 tons per week, as opposed to before where the capacity available was 5000 tons,” said Mr. Tulezi. He added that with government support, especially lowering the costs for exporters would go a long way in restoring the sector.

However, the recent campaign dubbed ‘Flowers of hope’ spearheaded by the President, in consolidation with the Kenya Private Sector Alliance (KEPSA), Kenyan Association of Manufacturers (KAM), Kenya Airways and the Kenya Flower Council heralds a new dawn for the sector, for a gradual recovery. The initiative saw a consignment of 300 bouquets of flowers sent to the United Kingdom via the national carrier ‘Kenya Airways’ with an aim to appreciate and offer hope, to the frontline combatants against the Covid-19 pandemic. Care-givers, doctors, nurses and recovering patients, were among those who received the fresh blooms with a goodwill message inscription by the President. This was a strategic move to re-establish good rapport with the sector’s key market that will see business resume seamlessly post the pandemic. Since charity begins at home, the campaign commenced by distributing roses to our local frontline combatants at Kenyatta National Hospital, Mama Lucy Hospital, Pumwani Maternity, Spinal Injury Hospital and Mbagathi Hospital. This had been preceded by a directive from the President on tax breaks and VAT refunds aimed at insulating the sector in the short term. The recent ease on import restrictions in Europe will greatly contribute to the revival of the sector.

Also read: Kenya flowers making it big in the USA

Disruptive Innovations – investing outside the box