Credit growth from the private sector has drastically slowed down owing to the negative effects of the Covid-19 crunch on the economy.

From a high growth of 5.5 per cent June of last year, private sector credit growth skidded down to 4.7 per cent May of this year and then slumped further down to a low 3.6 per cent as of June this year.

Businesses are under performing and that means, loan repayment is poor and similarly, request for new loans is also down. It’s as simple as, you cannot borrow when production is down and production is down because demand has dropped, the multiplier effect is drastic. 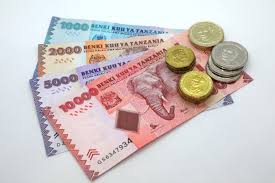 This fact is explained in detail in the Bank of Tanzania (BoT) monthly economic review for July which says private sector credit growth has dropped significantly with key indicators including subdued repayment of loans and this is particularly for loans issued for agricultural activities.

The government is aware of the toll the that the pandemic has had on the private sector, so much so that the incumbent, President Samia Suluhu Hassan held a meeting with the country’s private sector umbrella body the Tanzania Private Sector Foundation (TPSF) back in June of this year.

Details of the meeting were discussing how the government can aid the private sector overcome the challenges wrought by the pandemic. In the meeting, among other things, access to credit was discussed but more importantly is access to markets.

The president reassured the private sector through its umbrella body, the TPSF, of the government’s commitment to addressing these among other challenges. While no details were publicized as to the exact steps that will be taken to stimulate the economy to increase demand, it was clear that the government is willing to meet the private sector halfway.

For starters, the government through the BoT has also reduced the minimum reserves required for commercial banks to maintain with the BoT. This means that commercial banks will retain more cash that they can in turn lend to borrowers at a lower interest rate.

On the bright side, even with the credit growth slowdown, it remained positive, growth still maintained and upward trajectory. This is also for both domestic credit extended to the private sector as well as the central government too.

Growth is expected to improve as the global economy normalizes over time but meanwhile, the government, through the central bank is instituting measures to increase liquidity and reduce lending rates, which in turn is expected to allow the private sector to have increased access to credit.

As part of these fiscal measures, the BoT has already issued TShs1 trillion to commercial lenders to help beef up their lending capacity and to do so at lower interest rates. This in turn is meant to encourage the private sector to borrow and increase production.

This lending to banks as well as to micro, small and medium enterprises has already helped maintain reasonably strong growth in credit. So far, what we are seeing is increased loan requests for personal activities taking the lion share of loan applications followed by loan requests for trade and last on the list is loan requests for manufacturing activities.

Similarly, thanks to the accommodating fiscal policies undertaken by the government through the central bank, we are seeing steady, though slowed, but steady nonetheless, growth of extended broad money supply.

By comparison, as of the financial year ending June 2021, money supply increased by 11.6 per cent, far higher than the 7.9 per cent that was recorded in the previous month. According to the BoT monthly economic review report, the growth was thanks to an increase in holdings of foreign assets and expansion of domestic credit as well.

The BoT intends to lower the SMR requirement from 7 per cent to 6 per cent and is expected to provide additional liquidity to banks. This policy measure has often been taken by the BoT in the past given prevailing economic conditions and has proven effective to spur economic growth in the market.

The BoT has reduced haircuts on treasury bills from 10 percent to 5 percent and on treasury bonds from 40 per cent to 20 per cent marking a significant change which has been made in the expectation that it would increase the ability of commercial banks to borrow from the BoT with less collateral than before.

While additional lending is expected, for existing loans the BoT is permitting regulatory flexibility in order for banks and financial institutions to discuss restructuring of loans with borrowers who are facing financial difficulty due to the pandemic.

The restructuring of loans will include loan repayment moratoriums and the granting of loan rescheduling will be determined on a case by case basis and done in a transparent and impartial manner.

By sellers promoting non-cash payments and the increase in transaction limits and permitted balances, the BoT envisages that this would further help reduce congestion in public places such as banks.