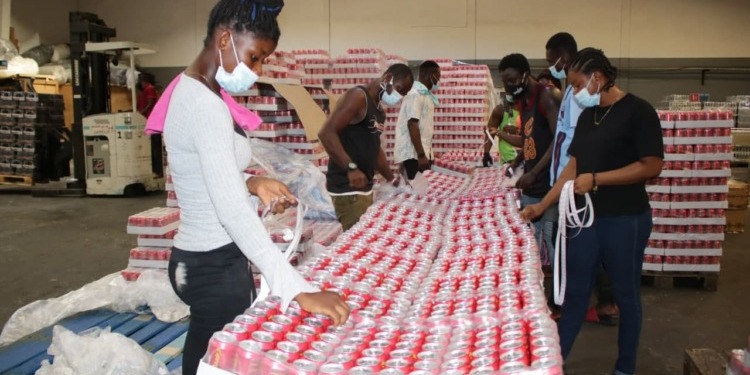 Ghana is committed to ending product fraud and piracy and ensure that only wholesome products were allowed into the market space to ensure public health and safety.

According to relevant authorities, the plan will be achieved through affixing of stamp duties. Latest statistics show that affixing of tax stamps grew exponentially from an initial 28.5 million tax stamps affixed in 2018,  to 38.5 million the following year and 70.2 million in 2020, with managers of the project projecting to affix some 90 million stamps in 2021.

According to the Ghana Revenue Authority (GRA), the Food and Beverages Association of Ghana (FABAG) and local manufacturers are being engaged to pay for the affixing of the stamps on their beverage products at the stamping facilities.

The Ghanaian printing company, Buck Press, and its partner, DelaRue, a British security printing company, are responsible for printing the tax stamps on behalf of the GRA, while Streamline Resources, which is located at the Tema Port, assists companies without the technical capacity to fix the stamps on individual products.

The Project Manager of Excise Tax Stamp at the GRA, Mr Kwabena Apau Awuah Anto said the move would reduce the incidence of product fraud and piracy, where importers and manufacturers applied for the stamps for specific products but affixed them on pirated products that had no approval and safety certification from the Food and Drugs Authority (FDA).

Mr Anto who spoke at an event last week noted that the Commissioner General of the GRA had already granted authorisation to some 34 large importers and manufacturers, including Guinness Ghana Limited and the Coca-Cola Bottling Company, to undertake the affixing of the stamps at their factories at their own cost.

Mr Anto said the excise stamp policy would reduce product fraud and ensure that only wholesome products were allowed into the market space to ensure public health and safety.

Similarly, he said, the policy would ensure revenue assurance and further level the playing field for importers and manufacturers to compete fairly on the market through the payment of appropriate taxes.

“What we do here at the Tema facilities and 13 other stations across the country where we have affixing facilities is at no cost to importers,” he said.

Operating the facilities, he said, came with headline costs such as the procurement of the stamps, utility, labour, operational cost and materials such as shrink wraps. 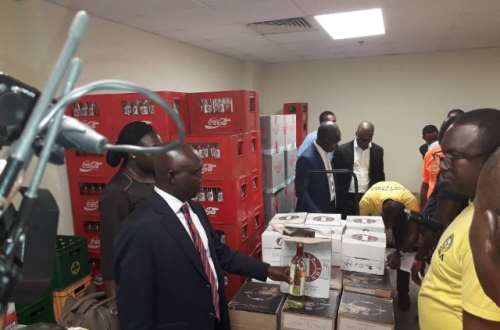 He indicated that when the project took off in 2018, the government decided to give a six-month window to supply the stamps for free, but that had continued till date, hence the Commissioner General’s directive for the stakeholders to be engaged and sensitised to the need for them to pay.

The engagements, Mr Anto said, would determine whether the GRA would charge the full cost or there would be cost sharing between it and the stakeholders.

On the recent challenges that saw delays and congestion at the facility, which led to an outcry among importers, Mr Anto explained that the Tema facilities were not meant for large volume importers but for people who only imported occasionally.

However, he said, large volume importers, in their attempt to avoid associated costs that came with the affixing, often sent their products to the facilities for stamping, a situation which resulted in congestion and delays.

Similarly, challenges with the stamps after a change in the service provider also resulted in some delays, he noted.

Equity Signs Partners to Accelerate and Enhance Attainment of SDGs