There are jitters among less developed countries as news of a potential vaccine candidate for Covid-19 was announced by Pfizer and BioNTech showing desirable traits.

Most of the East African countries have signed up to be part of an arrangement by global countries to ensure fair distribution of any Covid-19 vaccine that might come out of the labs. However, reports are emerging that rich countries are already negotiating directly with the pharmaceutical companies to get the first service leaving over a hundred countries in despair.

The arrangement is called COVID-19 Vaccine Global Access (COVAX) initiative. It is co-led by the World Health Organization (WHO), the Coalition for Epidemic Preparedness Innovations (CEPI) and Gavi, the Vaccine Alliance. As of 1 October, 167 countries have signed up, covering nearly two-thirds of the global population. More have expressed interest, according to Gavi.

A new study by US-based Duke Global Health Innovation Center shows rich countries are snapping up vaccines even before they’re ready, and it could mean fewer — as well as delays in vaccination — for billions in less wealthy nations. 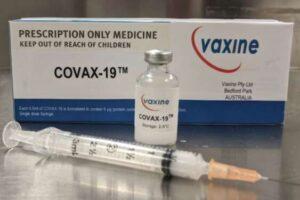 The study reveals that high-income countries, as well as a few middle-income countries flush with manufacturing capacity, have already purchased nearly 3.8 billion doses, with options for another five billion.

“An ambitious effort to create a global system of vaccine equity is being undermined as a handful of countries — including those who made a commitment to equality — secure as many doses as they possibly can,” said Elina Urli Hodges, MSPH, who leads the Center’s Launch and Scale Speedometer, an initiative that identifies impediments to delivering health innovations to low-income countries.

Read also:EAC’s big plans for the pharmaceutical industry(Opens in a new browser tab)

In fact, the data reveal that several COVAX signatories, including the United Kingdom (UK), the European Union (EU) and Canada, are effectively undermining the pact by negotiating “side deals” for large vaccine shipments that will “result in a smaller piece of the pie available for equitable global allocation.”

The United States, for example, though not part of COVAX has made deals worth upwards of US$6 billion with several firms. An analysis by the international charity Oxfam finds that, even if all five of the most-advanced vaccine candidates succeed, there will not be enough vaccine for most of the world’s people until 2022.

The Duke team identified some countries in the East African region have given up on getting a fair share of the distribution of Covid-19 vaccines apart from what promised under COVAX. A case in point, the report points on Ethiopia which according to its commitment will only be able to vaccinate 20% of it population once a virus becomes available.

Gavi has sought to boost the COVAX kitty by rolling out an alternative COVID-19 Vaccines Advance Market Commitment (COVAX AMC) facility that will allow COVAX AMC to reserve and access 1 billion doses for AMC-eligible economies, with at least US$ 5 billion needed in 2021 to procure doses as they come through the portfolio.

The 92 low- and middle-income countries and economies approved by the Gavi Board will be able to access vaccines through the COVAX AMC, which will also cover at least part of the cost.

These include most countries in Africa both in the lower-income band as well as the lower-middle-income countries.

Approximately US$360 million in commitments has been made including US$350m announced at the Paris Peace Forum by the European Commission, France, Spain, and The Bill & Melinda Gates Foundation, as well as an earlier pledge of US$10 million made by the Republic of Korea. This means that over US$ 2 billion has been raised for the Gavi COVAX AMC so far, thanks to contributions from other sovereign donors, the private sector, and philanthropic sources.

There are eight countries in Africa that have agreed to self-finance their vaccine doses through the COVAX Facility. To vaccinate 60% of its population (the estimated minimum requirement for herd immunity), Africa will need about 1.5 billion doses of vaccine with a population is 1.2 billion, and most vaccine candidates require two doses.

The cost of the vaccine and of building systems and structures required for delivery is estimated at between $7 billion and $10 billion, according to Africa CDC. For comparison, the 2020 US PEPFAR budget was $6.9 billion.