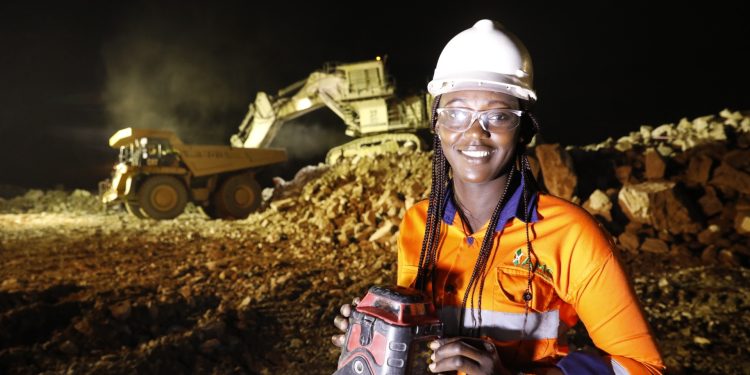 Mining investment is another potential to take into account in Africa: Photo by LinkedIn

Invest in Africa 2022 as the region presents rather viable prospects for investment in most sectors, education, agriculture and mining.

Africa’s economy is rising and it has been for a while now. For the intelligent investor, it is wise to rise with it side by side as Africa remains the most naturally endowed continent on the planet. This in terms of human and other natural resources. Hence to Invest in Africa is the next big thing as the region needs a 360 touch on its manufacturing industries.

With projected growth hitting 1.5 billion people, Africa stands as the most profitable ground for investors within the mining, transport and services sector. The region is not only advancing economically but diplomatically too.

The African Continental Free Trade Area (AfCFTA) is yet another breeding ground for success in the continent. AfCFTA presents a significant opportunity for African countries to bring 30 million people out of extreme poverty and raise the incomes of around 68 million others who live on less than US$5.50 per day (World Bank).

The United Kingdom, Japan and UAE have a serious investment in the region, following behind the top three superpowers. Within ten years, China has, on average, poured 27 per cent of its investment into Africa.

Africa is not only a viable landscape to invest in, but it has a growing population that provides valuable labour. The continent has almost 60 per cent of its population under the age of 25, making it the youngest continent.

The region is not only in need of investors to stimulate the economy, but it needs investors to propel its growing base of innovation and technology. Investors can put their efforts into profitable sectors in the region such as food and beverages, education, transportation, housing, consumer goods, hospitality and recreation, healthcare, financial services, telecommunications, accommodations, agriculture, aerospace and defense.

Africa’s economy is expected to grow by 3.8 per cent in 2022, which is more than twice as fast as South Asia (1.2 per cent) and Latin America (0.9 per cent), while its population is growing at 2.7 per cent a year, according to the World Economic Forum (WEF).

READ:Where to invest in Africa starting in 2021

The region has become a unique landscape for the digital transformation of African goods and services and supply chains.

The WEF argues that venture capital funding for African startups amounted to almost US$5 billion in 2021—calling for serious attention for entrepreneurs and SMEs fundamental to innovation, economic growth and job creation in Africa.

Africa is mostly not discovered easily in terms of business. It gets shadowed by low valuations in African debt and equity investment, which surprisingly offers attractive entry points, especially when compared to valuations in many more developed markets according to Investing in Africa (AFSIC).

Further, AFSIC argues that Africa is experiencing a massive population boom—a healthy ground for emerging markets to expand their reach. At the moment, at least 17 per cent of the world’s population is African.

On the other hand, Africa’s GDP per head is argued to have grown—as the trend of solid demographic growth demonstrated in several nations such as Kenya and Tanzania points toward a strong GDP economic growth.

“In common with many other countries that experienced rapid growth in the working-age population, we expect Africa to benefit substantially from a baby boom. In this context, it is worth noting that the developed world is ageing very rapidly, and now even China is seeing its working population shrink annually,” AFSIC argues.

AFSIC notes that market capitalization to GDP is the lowest globally, and investors are likely to benefit from capital market growth in the coming decades.

Africa is also revamping and building up its energy base. From Solar farms in Egypt to transformative hydroelectric projects in Tanzania, the region is getting severe with power generation, a crucial factor in industrial revaluation.

As the region’s population and economy expand, more sectors open up new opportunities. There is a growing demand and niche for electric motorbikes for African urban centres, which are getting urbanized every day.

Chinese motorbikes companies have begun exploring this market. Thus, more manufacturer presence would stimulate the market in most active nations such as Uganda, Tanzania and Kenya.

Kenya’s affordable housing market is yet another pool of benefits that investors can utilise. The latter is one of the nation’s ‘big four’ plans focused on industrialization, universal health coverage and food security—which present viable options for global investors.

Several nations in Africa have demonstrated a significant stride achieved over the past decade to warrant strong and substantial Foreign Direct Investment (FDI).

Tanzania is one of the fastest-growing economies in Africa. It has managed to reach low-middle-income status within time and began ascending towards its industrial economy via its third development plan packet.

READ:How Foreign Countries Can Trade And Invest In Africa

With the implementation of the AfCTA, investors in Africa stand to reap substantial benefits as trade facilitation measures that “cut red tape and simplify customs procedures would drive US$292 billion of the US$450 billion in potential income gains”, according to the World Bank.

Ghana is one of Africa’s most peaceful nation and pro-business nations. Further, West Africa is yet another African financial hotspot available for global investors to look upon.

The government is focused on improving the business environment to strengthen private sector participation through investment promotion policies and pro-business reforms. The nation’s economy advanced by 6.6 per cent in the third quarter of 2021 and the fastest pace since the onset of the pandemic crisis in 2020.

Ghana has solid economic structures that have brought a significant shift in the past years. The service sector, which accounts for at least 53 per cent of the GDP, is an excellent spot for investment, the same as gold mining and oil extraction.

Investing in Africa presents companies with plenty of options to reap solid profits and assist the region to develop its technological and innovation landscape, which is necessary for attaining sustainable development.