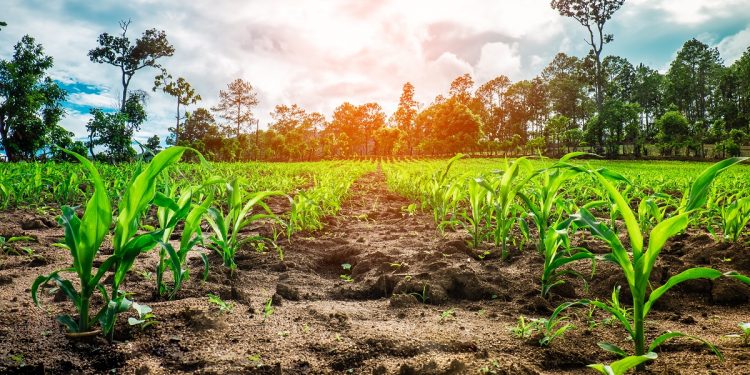 An agricultural field. Kenya has failed consistently on implementing the Maputo protocol which calls for 10 per cent allocation of the national budget in agriculture development.

Almost two decades later, most African nations- including Kenya- are struggling with this allocation.

The right to food is enshrined in the Kenyan Constitution which spells out the economic and social rights key among them being freedom from hunger by having adequate food of acceptable quality.

Despite this right being in the constitution, the country still has millions still suffering from hunger and poor quality food due to failed policy implementation.

In Kenya, the country has failed consistently on implementing the Maputo Protocol which calls for 10 per cent allocation of the national budget in agriculture development.

African Heads of State and Government endorsed the “Maputo Declaration on Agriculture and Food Security in Africa” at the Second Ordinary Assembly of the African Union in July 2003 in Maputo. This declaration contained several important decisions regarding agriculture, but prominent among them was the “commitment to the allocation of at least 10 per cent of national budgetary resources to agriculture and rural development policy implementation within five years”.

Almost two decades later, most African nations- including Kenya- are struggling with this allocation.

In the recent budget estimates, the East African nation hailed as the economic hub of the region saw a paltry amount allocated to the fledgeling sector.

In the budget reading, Treasury’s agriculture and food security plan is to allocate Kshs 3 billion to subsidize farm inputs supply through the e-voucher system. This system is targeted to reach 200,000 small scale farmers.

A further Kshs 3.4 billion was set aside for what the government said was the expanded community household irrigation. This, the budget reads, “will cushion farmers from the adverse effects of weather and further secure food supply chains.”

In addition, Treasury, allocated Kshs 1.5 billion to the flower and horticultural farmers to “access international markets during this period when we are experiencing low cargo traffic in and out of the country. These interventions will support and sustain the farming communities as they provide employment to thousands of workers in our agricultural sector.”

On improving food and nutrition security, the government says it remains committed to reducing the number of food-insecure Kenyans.

To achieve this, expanding irrigation schemes, supporting large-scale production of staples, increasing access to agricultural inputs, implementing programmes to support smallholder farmers and promoting the use of appropriate farming techniques are some of the plans by the government.

In total, the government is injecting less than Kshs 100 billion out of the Kshs 2.7 Trillion budget. This is under a 1/3 allocation of the 10 per cent proposed in 2003 despite the fact that the agricultural sector remains the backbone of the country’s economy.

The agricultural sector in Kenya is confronted by the impact of desert locusts and floods as well as the covid-19 pandemic.

The East African nation’s economy has developed rapidly in the past decade where it achieved the lower-middle-income status in 2014. Despite this, social and economic inequalities persist, with significant challenges to food and nutrition security driven by rapid population growth, climate change, stagnating agricultural production, gender inequalities and underperforming food systems.

According to the World Food Programme (WFP), opportunities to address these challenges and make transformational progress towards the achievement of zero hunger include increased government investments and capacities in agricultural and social sectors, the devolution of service delivery to counties, new technologies in agribusiness and a strong, inclusive and equitable policy base.

The country’s 2018–2023 strategic plan contributes to that priority which is based on the national zero hunger strategic review and aligned with the Government of Kenya’s Vision 2030 and Third Medium-Term Plan and with the United Nations development assistance framework.

It contributes to Sustainable Development Goals 2 and 17 and to WFP Strategic Results 1, 4, 5 and 8.

Read: How is Africa suffering from US-China trade wars?