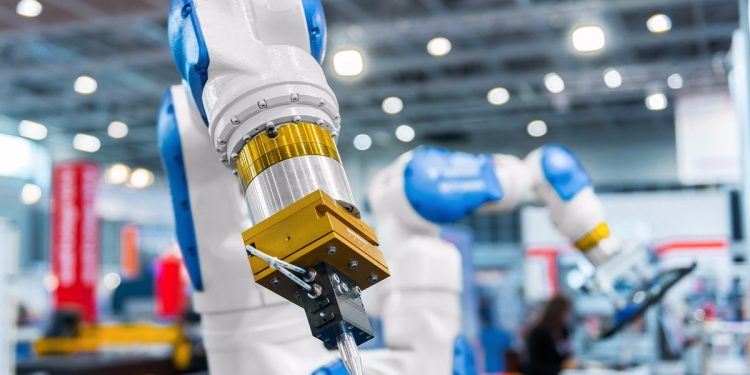 Manufacturing. Kenya is one of the top five beneficiaries of the US-Africa trade initiative, AGOA.

20 years of US-Kenya trade: What Africa can learn

Kenya is one of the top five beneficiaries of the US-Africa trade initiative, the African Growth and Opportunity Act (AGOA). It also had the second-highest utilisation rate in 2018 with over 70 per cent of its US exports covered by the programme.

Launched in 2000, the trade pact gives sub-Saharan Africa the most liberal access to the huge US market available to any country or region with which Washington does not have a free trade agreement. The initiative has had a significant impact on stimulating Africa-US trade.

Probably due to Covid-19 disruptions, exports declined to USUS$18.4 billion in 2020. Despite these fluctuations, Africa maintained a positive balance of trade with the US in the 2000-2020 period, thanks to AGOA eligible products. As of 2017, the trade initiative had created over 300,000 jobs in sub-Saharan Africa, many of which were in the apparel sector.

We recently carried out a Kenya country case study on the implementation of AGOA in the 2000 to 2016 period. We found that in this period, Kenya’s total exports to the US grew by US$443.2 million (or 405 per cent) from US$109.4 million to US$552.6 million. By 2020, the figure had risen to US$569 million, with most of the country’s exports coming from eligible products.

Moreover, in contrast with the 1990s, Kenya had a positive balance of trade with the US, averaging US$158 million per year since 2016.

Kenya’s exports to the US under this programme have enabled the country to build a sizeable textile and apparel export sector. As of 2016, Kenya had 111 firms in its export processing zones that produced most of its US$634 million worth of exports. Calvin Klein and Tommy Hilfiger are some of the US brands that buy Kenyan apparel and clothing products.

The sector employed 52,000 workers, used over US$250 million in local resources and attracted in excess of US$710 million in total investments. But Kenya’s apparel export sector is overwhelmingly dependent on the US market. This over-reliance on the US market should worry Kenya because it makes its apparel sector susceptible to unpredictable swings in the US market.

While Kenya’s non-textile exports to the US – mainly coffee, tea, nuts and cut flowers – also grew during the 2000-2016 period, their growth rate was less impressive.

Socially, AGOA has also helped to create jobs for marginalised groups such as women and youth. Nevertheless, we found that working in these apparel firms entailed poor working conditions, low pay, temporary work, and the sexual harassment of female workers.

We also found that Kenya, like many other eligible countries, is under-utilising AGOA with the near neglect of the non-texitle sectors. Whether or not the US-Africa trade programme is renewed when it expires in 2025, Kenya’s experience points to many policy implications for the country and other member countries.

The African Growth and Opportunity Act was signed into law by former US president Bill Clinton. Its main objectives were to diversify the region’s export production, expand trade and investment between the two destinations, and accelerate economic growth in sub-Saharan Africa.

These would be achieved in a number of ways. First, the reduction of tariff and non-tariff barriers. Second, the negotiation of trade agreements. Third, the integration of the region into the global economy. Finally, the expansion of US assistance to Africa’s regional integration.

In many ways, its main aim was to support African economies’ ability to use the textile and apparel sectors as potential engines of industrialisation and economic growth. In this sense this mirrored the similar success in South and Southeast Asia.

Much of the growth in exports to the US from Kenya and other non-oil exporting countries has come from the textile and apparel sector. There is a relatively tepid response from other sectors of the economy. These countries can make better use of the US trade initiative by not so heavily basing their exports on only a few of the thousands of eligible products.

In our study, we found a number of policy gaps in Kenya that are relevant for other African countries. For example, the trade opportunities are largely driven by US trade policy rather than by the region’s competitive advantage. Also, the US dominates the terms and conditions of the pact’s renewal. In our view, eligible countries like Kenya should look beyond the US-Africa programme and diversify their markets accordingly.

Second, to make the most of their apparel exports to the US and to capture new global markets, the African countries should ensure that their apparel industries are globally competitive. They should have a good supply of the inputs and infrastructure they need to thrive. Improvements in transport infrastructure, for instance, would speed up and reduce costs of moving inputs in and finished goods out.

Third, the vast majority of Kenya’s export processing zone investments are foreign-owned. There is also a huge pay gap between Kenyan and foreign workers due to the cadre of jobs and skills possessed by these two types of workers. Thus, there is a need for capacity building to produce a critical mass of professionals who can lead the country’s textile and agro-processing industries to maximise their gains from current and future trade opportunities.

Countries in the sub-Saharan Africa region should also strengthen their regulatory frameworks. These include mechanisms for enforcement of laws regarding labour and other forms of human rights protections envisaged under the US-Africa trade pact. This would ensure that women and youth workers in Kenya’s export-led enterprises are protected and enabled to benefit from this trade programme.

These countries should also create a favourable export policy environment that is globally competitive to attract substantial manufacturing investments to the region. In Kenya, this is currently undermined by high levels of corruption and mismanagement. There is also a fair amount of political instability mostly driven by the country’s ethnic-driven and hyper-competitive elections, especially at the presidential level.

The country now has a new devolved government structure that promises to contribute to a more tranquil national political environment. But Kenya needs to do more to hold credible elections, and, perhaps, dilute its presidential powers which drive its overly competitive, acrimonious, and perennially destabilising elections.

Finally, Kenya and other African countries should strengthen their trade negotiation ability to make the most of new international trade deals. In today’s world, the difference between winning and losing in trade substantially comes down to one’s ability to negotiate good trade deals. Therefore, African countries must not only invest in high-quality capacity building training for their trade negotiators, but they must also hire, keep, and empower the right people for these roles.

Kenya is in the middle of negotiating a free trade agreement with the US, the first such agreement between the US and a sub-Saharan African economy. If it succeeds, it would be the most important trade development in the region since the enactment of the AGOA in 2000.

The original story appeared in the Conversation here.

Tags: African Growth and Opportunity ActAgoaExports to the US from AfricaSub-Saharan AfricaUS Africa TradeUS market

Uganda kicks off construction of US$ 19.9 Acomai million irrigation scheme