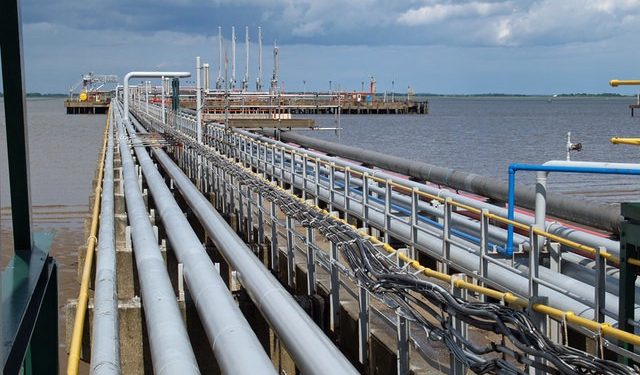 The re-awakening of Kisumu Port has brought life to Lake Victoria which for years has remained in ruins.

For years, steamers carrying goods and passengers were the main transport mode across Lake Victoria moving from one country to another and easing cross border trade. In its hey days, Lake Victoria had over five functional ports: Kisumu being the largest, Mwanza, Musoma and Bukoba in Tanzania, Entebbe, Jinja and Port Bell all in Uganda. There were other minor ports scattered across the area including Kendu Bay, Port Victoria, and Mbita Point which were mainly used by smaller boats.

The lake was mainly used to move goods from one point to another, but also was instrumental in the growth of the fishing industry in East Africa. There were also international ferries operating clockwise and anticlockwise across the lake cities of the biggest lake in Africa, moving thousands of passengers every year. Initially, the ferries and ports were run under the East African Railways and Harbours but were later left under each country to manage when the East African Community broke up in the 70s.

Then, poor management coupled with the infestation of the water hyacinth, a crippling weed resulted in the ports’ degeneration to a very sorry state. While there was still some level of ferry operations locally, especially in Tanzania, most of the other countries struggled to remain afloat. For example, Kendu Bay, a sea point on the southern part of the lake used to reduce the journey from Kendu Bay to Kisumu by almost 100 kilometers, but with the collapse, all activities in the old Kendu Bay town came to a halt and today, it stands as a ghost town.  Kisumu Port has been underutilized for over 20 years.

Now, regional governments have stepped up efforts to revive the activities around the lake opening old lake routes for commerce. For Kenya, the desire to build a standard gauge railway from Mombasa to Uganda and Rwanda failed when it did not receive enough funding. As a quick remedy, the government opted to revive the old railway terminating at Kisumu Port. Here, cargo, especially oil, can then be transported by water to Jinja, Entebbe and Port Bell in Uganda, reducing the need to use roads.

Lake Victoria is the primary inland waterway servicing both the central and northern corridors. Other inland waterways also provide a big investment potential for container-carrying vessels to service various inland port destinations on lakes Albert, Edward, Kivu, and Tanganyika, and the Kagera and Nile Rivers.

The project is also under the support of African Union through the High Representative for Infrastructure Development and former Prime Minister Rt. Hon. Raila Odinga. This is because the port of Kisumu remains one of the key priority projects that would make the Trans-African Highway a practical route from Lagos to Mombasa, Mombasa to Kisumu, Kisumu to Port Bell, Port Bell to Democratic Republic of Congo (DRC), DRC to the Central African Republic, and then on to Cameroon and finally, to Lagos.

Read also: Berbera corridor to boost trade between Somaliland and Ethiopia(Opens in a new browser tab)

Already, there has been dredging and revamping of the old port at Kisumu while creating deeper canals along the ship path to allow larger ships to move freely across the lake. Equally, there have been activities to harvest the water hyacinth as well as reducing in–flow of wastage that promotes the growth of the weed—a cost that the Kenya ports estimate is about Ksh700 million.

Kisumu Port can handle 50,000 TEUs or an equivalent of 200,000 metric tonnes. The new oil jetty is also becoming a game– changer that will help transport oil from Kisumu to Port Bell.

The Ksh1.9 billion ($18 million) Kisumu oil jetty was completed in March 2018 but remained idle as it awaited Uganda to complete its $270 million oil jetty, fuel tankers and storage tanks. The Kenyan jetty is 95m long, 4.5m wide with eight dolphins.

Uganda’s part of the project involves the construction of a 220-metre-long jetty including four pipelines for gasoil, gasoline, kerosene and jet fuel to facilitate berthing of oil tankers, 14 storage tanks with a capacity of 70 million litres and four self-propelling oil tanker barges, each with a 4.4 million litre-capacity. Each tanker has capacity equivalent to about 150 trucks.

Port Bell is a small industrial centre in the greater metropolitan Kampala area. It has a rail link and a railroad ferry wharf used for international traffic across Lake Victoria to Tanzania and Kenya.

The refurbished Kisumu port has resumed oil exports to Uganda with the first consignment of 22 wagons loaded with 894,000 litres of diesel last December. The fuel was shipped using Kenya Railways’ refurbished MV Uhuru to the Uganda harbour of Port Bell.

The 1,000-tonne, 91-metre long cargo carrier MV Uhuru is nostalgic to many and on normal days used to take up to 13 hours to travel from Kisumu to Mwanza.  It is one of East Africa’s biggest cargo vessels that broke down 13 years ago and is set to resume operations to Uganda and Tanzania.

Tanzania has also been conducting dredging on the Mwanza port to ensure bigger ships can dock. The idea is to utilize other water transport channels including River Kagera that can transport cargo to Rwanda.

The river is Rwanda’s shortest water transport link to Lake Victoria and is where some of its imports and exports are expected to be landing. This link is important to Rwanda as the country seeks to reduce freight costs, which make its goods uncompetitive.

Read also: Could Kenya’s lakeside be the silver bullet for the tourism sector?(Opens in a new browser tab)

How well are you prepared for pay cut amidst the Global pandemic?