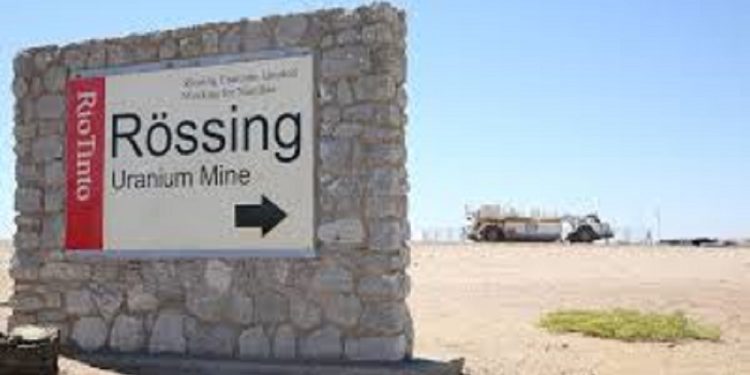 An increase in yellowcake pricing over the past year has inspired uranium producers. Demand was further boosted by unrest in Kazakhstan, which accounts for 45% of the world’s principal uranium output, and Russia’s invasion of Ukraine.

Between 2020 and 2035, China has declared its intention to erect 150 additional reactors. Japan and South Korea also intend to increase their nuclear capacity. Britain has pledged to construct one new nuclear plant annually in Europe, while France aims to construct 14 additional reactors and the European Union has suggested classifying nuclear power as a green investment.

Namibia is a premier operational uranium jurisdiction with a 45-year history of safe uranium production and export. It possesses excellent utilities, transport and export infrastructure, and established support for uranium mining from both government and community.

The Ministry of Mines and Energy recently approved the extension of Rössing Uranium Mine’s licence (ML28) for another 10 years, from 2026 to 2036.

This was disclosed by deputy minister of mines and energy Kornelia Shilunga during her keynote address at the launch of the Rössing Uranium Mine’s 270-page book that highlights the mine’s 45-year history of production at Swakopmund last week.

The deputy minister highlighted Rössing Uranium’s key developments and projects over the four and a half decades. She said the life of Mine Extension is the beacon of hope for Rössing, adding that it requires the support of many stakeholders to make it a reality. Rössing Uranium pins its hope on the extension of the lifespan of the mine.

“We are looking forward to the completion of the feasibility study towards the end of the year because the future of the mine beyond 2026 will be determined by this outcome,” said Shilunga.

This would bring the life of the conventional open pit mine to about 60 years, during which it made immense contributions to Namibia’s socio-economic footprint.

Meanwhile, Bannerman Energy announced that it lodged its Mining Licence (ML) Application for the proposed Etango-8 uranium mine with the Namibian Ministry of Mines and Energy (MME). The company has obtained Environmental Clearance Certificates (ECC) for the Etango Uranium Project and linear infrastructure, which remain current. Bannerman Energy is an Australian-listed uranium development company.

“We are pleased to have formally lodged our application with the MME for a Mining Licence at Etango. This is the culmination of extensive technical and economic evaluation of the Etango Project, including more recently on the fast-tracked Etango-8 development route. We can demonstrate a robust development case at Etango, which also delivers extensive social and economic benefits to local communities and the nation of Namibia. We now look forward to the completion of the Etango-8 DFS and working with the MME towards grant of the Etango ML.” Bannerman Managing Director and CEO Brandon Munro commented.

Bannerman Energy finished a Scoping Study on the development of Etango at an 8Mtpa throughput rate (Etango-8) in August 2020. The extensive study work carried out across all pertinent disciplines as part of the DFS 2012 and the OS 2015 and the Heap Leach Demonstration Plant operation substantially influenced the Etango-8 Scoping Study. According to the Scoping Study, this expedited, streamlined project is highly amenable to development on both a technical and financial level.

The business finished a Pre-Feasibility Study (PFS) on Etango-8 a year later, in August 2021. The world-class Etango deposit’s conventional open pit mining and heap leach processing at 8Mtpa throughput has been proven to be highly technical and economically viable by the PFS. The PFS process has increased the level of planning for Etango-8 by including multiple pit ramps in the northern and central pits, thorough plant design, and greater accuracy estimation.

Further, Australian uranium producer Paladin Energy Ltd said that it was restarting its development and exploration activities amid a surge in demand for nuclear energy.

Paladin is restarting its Langer Heinrich uranium mine in Namibia that was idled due to low prices. Australian uranium producers, including Paladin, have raised close to US$282.08 million in share sales this year to fund exploration and resuscitate mines.

The current primary uranium supply is unable to meet demand, and the deficit is being met by secondary supplies and inventory drawdowns, Paladin CEO Ian Purdy said at the Digger & Dealers Mining Forum in Kalgoorlie, Australia.

The average annual deficit is projected to be in the range of 40 million pounds over the coming decade, he told the forum.

“The projected production from returning mines will not be sufficient to meet this deficit,” he said.

Purdy said the company is now aiming for production by the first quarter of 2024. He said the total capital expenditure for the Langer Heinrich mine has increased to US$118 million from US$87 million due to cost escalations for labour, equipment and raw materials.

The exports were led by Raw Copper, Gold, Diamonds, Radioactive Chemicals, and Refined Copper. The most common destination for the exports of Namibia was China, South Africa, Botswana, Belgium, and Spain.

As the world’s fourth largest producer of uranium, Namibia is an ideal jurisdiction in which to advance a world-class uranium project, given its attractive combination of political stability, security, a strong rule of law and an assertive development agenda.