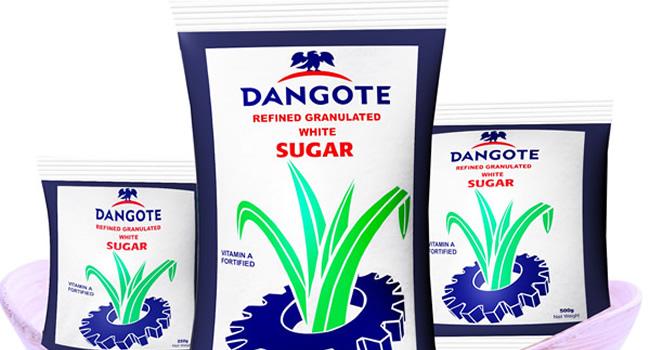 BUA Sugar Refinery Limited, Dangote Sugar Refinery Plc and Golden Sugar Company are the only companies allowed to import sugar into the country through any of the official foreign exchange sources

The Federal Government of Nigeria has restricted importation of sugar into the West African country to three firms only. This is in an effort to protect the sugar industry and boost the local production.

The Central Bank of Nigeria (CBN) through a circular issued on Friday July 16, 2021 said BUA Sugar Refinery Limited, Dangote Sugar Refinery Plc and Golden Sugar Company are the only companies allowed to import sugar into the country through any of the official foreign exchange sources.

This follows reasonable progress made by the three firms in achieving backward integration, a programme introduced by the Federal Government, in the sector. In the circular signed by CBN’s Director, Trade and Exchange Department, Dr Ozoemena, CBN said that no company outside the aforementioned three firms should be allowed to open Form M or allowed to access foreign exchange from the foreign exchange market to import sugar into the country without its prior or express approval.

“The Federal Government of Nigeria, under the National Sugar Development Council, established the Nigerian Sugar Master Plan to encourage and incentivise sugar refining companies in their Backward Integration Programme for local sugar production,” reads the circular in part.

In April 2021, the CBN Governor, Godwin Emefiele, announced plans to include sugar and wheat in the foreign exchange restriction list as part of measures to conserve foreign exchange and boost local production of these items.

Over the years, the CBN has been reviewing its list of restricted food items to include more items, with the most recent being the addition of maize, a widely-consumed staple food in the country.

In 2015, the CBN listed 41 items that had been placed on its FX restriction list citing that the move was necessary to conserve the nation’s foreign reserve and boost local production of the items on the restriction list.

Some of the items which made the 2015 list are margarine, poultry and eggs, rice, and cement. In 2020, the apex bank included maize in its FX restriction list as it directed all authorised dealers to immediately discontinue the processing of Forms M for maize/corn importation into the country.

Also, in April 2021, the Federal Government through a letter issued by the Nigerian Ports Authority (NPA), banned the importation of refined sugar and its derivatives from the country’s Free Trade Zones (FTZs).

The letter from NPA dated April 8, 2021, and titled ‘RE: Prohibition of Importation of Sugar from the Free Trade Zones into the Nigerian Customs Territory,’ was signed by Mr Buba Jubril for the Port Manager, Lagos Port Complex.

The action of the Federal Government is part of its efforts to protect the sugar industry which is governed by the Nigerian Sugar Master Plan (NSMP).

Nigeria is reported to currently spend between $600 million to $1 billion on sugar importation every year.

The action by the Federal government is also aimed at helping conserve the scarce foreign exchange and encourage Nigerian manufacturers to produce this item locally rather than import them.

What is the fate of mobile money in Tanzania?