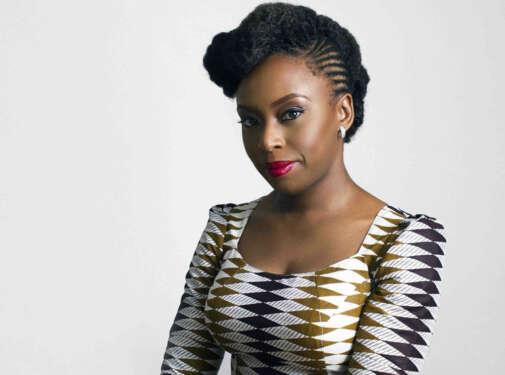 Of untold African stories: The dilemma of the African writer

The literary landscape has shifted, owing to the new allure of African stories, reflecting a growing appetite for their consumption.

The business of writing in Africa has never gained the prominence that is rightfully deserved, albeit the last few years have been instrumental in markedly changing this narrative, today the African literary market ripe and poised for the global scene. African writers are not only gaining recognition on the international front, but earning enormous advances and income, from their writing.  With several books being turned into high grossing and critically acclaimed films, the continent that has been fertile ground for storytelling.  Since time immemorial Africa has been endowed with numerous mavericks and muses in equal measure, it has been disconcerting, that only an eighth of tales, by a handful of African writers, have been told.

The vastness of the continent, being culturally and ethnically diverse, with each community possessing its own customs and traditions, authenticates the fact that, there are a myriad of stories yet to be told. In reiteration, the political and socio-economic status quo, further widens the scope of storytelling. The literary landscape has shifted, owing to the new allure of African stories, reflecting a growing appetite for their consumption. The first known African writer, to ever receive a million-dollar advance, was the American-based Cameroonian writer, Imbolo Mbue, who in 2014 received a $1,000,000 advance, from Penguin Random House, for her first book ‘Behold the Dreamers’.

However, what really catapulted African writers to the world map, is literary competitions, such as the Commonwealth Short Story Contest and the Caine Prize for African Literature; the latter having been instrumental in exposing great writers like Chimamanda Ngozi Adichie, Helon Habila and Binyavanga Wainaina. African writers willingly rush into the arms of foreign publishers, having encountered difficulties with local ones, seeking greener pastures in terms of advances and returns, from their book sales.

According to a survey by the Authors’ Licensing and Collecting Society (ALCS), only a paltry 28% of writers are full-time writers, a decrease from the 40% of 2006.Writing stories is indeed a lucrative business and some writers have managed to reach the very summit of success in this art form. A 2019 book review by the Forbes Magazine, placed JK Rowling, the author of the Harry Potter series, as the highest paid writer, estimating her 2019 earnings at $92 million, but with a networth of $1billion cumulatively, from the Harry Potter franchise. James Patterson, comes in second, with 2019 estimated earnings of $70 million and a cumulative networth of $800 million, for his works, some of which have been made into films. Others include George R.R Martin, the writer of the Game of Thrones series, Stephanie Meyers of the Twilight Saga, Stephen King and many others, who have become millionaires and billionaires, by virtue of their literary works.

African literature is popular with both African literati, as well as the international audience; with concrete literary gems from the older generation of writers and new talent alike. Nigerian Chinua Achebe, from the older generation, remains to be the most praised writer, with his 1958 masterpiece, ‘Things Fall Apart,’ which in the past has been covered as part of course work, in many learning institutions. Other works from this prolific writer include; A Man of the People, No Longer at Ease, Arrow of God and the Anthills of the Savannah. Kenya’s Ngugi wa Thiong’o, is also from the old generation and is one of the most influential African writers to date, having penned several novels, some of which have also been made, a part of course work in learning institutions, such as, A Grain of Wheat, Decolonizing the Mind, The River Between, Petals of Blood, Weep Not Child and the Devil on the Cross. Nigerian Chimamanda Ngozi Adichie, is widely renowned in this new generation, having written several bestselling books, such as the Purple Hibiscus, Half of a Yellow Sun, of which a highly grossing film was made and Americanah.Her works have seen her globally celebrated, winning numerous awards. Zimbabwean Petina Gappah’s books, such as, The Book of Memory and An Elegy for Easterly, have also been globally acclaimed. Aminatta Forna, from Sierra Leone, penned the Memory of Love, which was nominated for the Orange Prize for Fiction. There are many more emerging African writers, whose works are yet to be read, because the well of stories in Africa, can never run dry, matter of factly, the surface has barely been scratched.

Despite the wealth and abundance of African stories, writers continue to encounter numerous obstacles, such as the diminishing of advances or the complete lack thereof, which discourage the writers, who want to pursue it on a full-time basis. Racism has greatly asphyxiated this budding industry, with priority being given to white as opposed to black writers.

Data from the New York Bestseller list, from 24 December 2017 to 8 June 2020, indicated that 69% of the bestseller titles, were from white authors, whilst 9%, from black. A social media campaign tagged #PublishingPaidMe created on June 6 2020, by urban fantasy writer L.L. Mckinney, as part of the ongoing conversations on racism in the US; revealed the disparity in book advances, between black and white authors, with the latter being paid more.

Low purchasing power and ethnic prejudices, have further stifled this budding sector. Needless to mention the rampant corruption, in most African countries, has had a ripple effect on the development of all sectors in the economy, which has consequently permeated to writers.

The Covid -19 Pandemic, has undoubtedly exacerbated the already existing plight of African writers, with the closure of book fairs, libraries, workshops and bookshops; events and reading cancellations; loss in sales; publishing houses postponing or entirely canceling titles, among a host of other problems. Writers have turned to social media, to promote their literary works, even availing audio books, to their audience to make an extra coin.

However, amid the horrors of the pandemic, the silver lining, lies in the fact that in most countries, cases are dwindling and economies reopening, heralding a somewhat semblance of a return to normalcy.

Renaissance: Reinventing the African Co-operative in the Age of Digital Disruption.

Being a woman in the manufacturing sector: what it takes