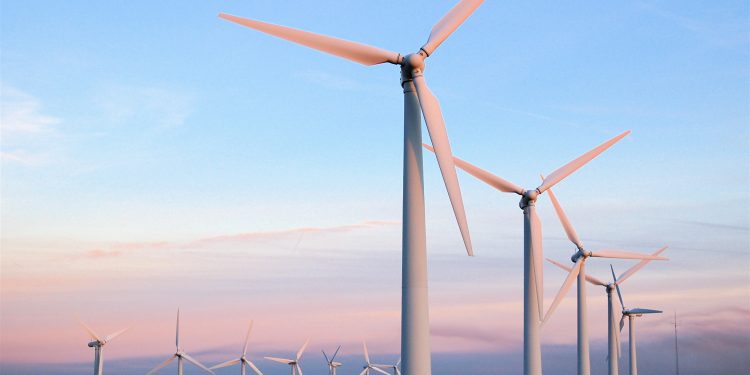 The United Nations 25thConference of Parties (COP 25) on climate change highlighted strictly on nations mitigating greenhouse gas emissions by adapting to renewable energy in their economies.

The expansion of Africa’s economy—exemplified by East Africa’s vibrant economies(Kenya, Tanzania, and Rwanda) by adopting the manufacturing industry landscape and marrying it with high-end technological developments have both triggered a demand for more power,currently leaning towards renewable energy—all the while grappling with the challenge of high unemployment rates.

The United Nations 25thConference of Parties (COP 25) on climate change highlighted strictly on nations mitigating greenhouse gas emissions by adapting to renewable energy in their economies.

Morocco and Zambia are now embracing the adoption of wind and solar power with assistance from Green Climate Fund (GCF) and the African Development Bank (AfDB).

GCF and AfDB supported Zambia with a $154 million renewable energy fund to finance its framework, and lift the nation from electricity demand challenges, as the country relies on hydropower generation for 90 per cent of its needs.

Renewable energy in Africa could be a mighty saving grace that offers huge potential for employment in its vast sector—wind, solar, geothermal and biomass.

African governments are getting serious with support from their development partners in investing and enhancing skills and creating jobs.

In January, Tanzania acquired a $90 million boost from Global Partnership for Education (GPE) to boost its education sector, while her neighbour Kenya, in partnership with Mastercard Foundation recently launched the Young Africa Works Kenya platform to draw in technical colleges and linking millions of Kenyan youth to job markets over the next five years.

Despite that unemployment challenges take a toll on the continent. World Economic Forum (WEF) highlighted that since 2010, at least one million sub-Saharan Africans have migrated to Europe, and the number migrating to the United States has also risen. These trends have spurred considerable political anxiety in destination countries. Yet efforts to address a major factor driving this exodus — the lack of employment opportunities in Africa — are failing to yield significant results.

The AfDB estimates show that 100 million youth will be unemployed by 2030 unless rigorous actions are taken immediately. Hence,  the Africa-Europe Alliance for Sustainable Investment and Jobs, established last year by the European Union and African governments, contributes in the alleviation of such scenarios, by aiming at providing resources for education and skills training, strengthening the business environment and the private sector, and improving investment conditions.

WEF argues that scaling up any industry requires reliable, uninterrupted electricity, which much of rural Africa —home to more than 600 million people —does not have. Fortunately, there is a way to close this gap and create millions of more jobs that reduce so-called distress migration: fully embrace and accelerate the development of Africa’s nascent distributed renewable-energy industry.

According to the Powering Jobs Census 2019 report, themed the energy Access Workforce, young men and women between the ages of 15 to 24 comprise over 34 per cent in sub-Saharan Africa. It is important to know that youth unemployment rate is up to 20 per cent in both Kenya and Nigeria.

According to the report, distributed renewable energy in Africa —which includes mini-grids and solar infrastructure for households, businesses, and productive purposes like irrigation —already directly employs as many workers as traditional power utilities.

Power for All (author of the report) highlighted that these jobs are largely “sticky” – two-thirds are full-time and long-term —and the majority are high-skill positions that command middle-level incomes. Young people aged 18-25 form about 40 per cent of the total rural-electrification workforce.

On the other side of the marker, a report by International Renewable Energy Agency (IRENA), says that Africa could meet nearly a quarter of its energy needs from indigenous and clean renewable energy by 2030, through concerted focus in developing innovation and investment to tap billions via decentralized renewable electricity transmission, generation and distribution.

In that context, the potential for the renewable energy industry to grow tenfold is high. IRENA argues that modern renewables amounting to 310 gigawatts (GW) could provide half the continent’s total electricity generation capacity.

This corresponds to a seven-fold increase from the capacity available in 2017, which amounted to 42GW. A transformation of this scale in Africa’s energy sector would require an average annual investment of $70 billion to 2030, resulting in carbon-dioxide emission reductions of up to 310 megatonnes per annum, which is very positive for the continent’s environment.

However, the report states that for every job created directly by a private firm delivering electricity to rural communities via decentralized renewables, five “productive use” jobs (based on the application of a distributed renewable-energy product or service) may be created in the communities being electrified. This would include, for example, jobs in solar-powered milling, dairy processing, or cold chain storage facilities.

The report showcased that in Nigeria and Kenya the renewable energy job landscape is electrifying and expanding. Renewable energy companies in Kenya account for over 10,000 jobs.  The potential abounds for creating jobs in the energy sub-sector — distribution and retail.

Nigeria on the other hand, employs 4,000 formal jobs in the renewable energy sector compared to 10,000 employed in the nation’s traditional energy sectors.

The quest for developing a robust renewable energy landscape in Africa is vital and the future is bright.National institutional frameworks such as those of Rwanda, Kenya and Tanzania, embed within their energy policies the development and adoption of more state-of-the-art clean energy technologies.

An award-winning Kenyan renewable energy startup, SolarFreeze, has offered a good example for the region’s best minds to embark on sophisticated innovative electrification solutions in rural areas, which are now adopting these solutions.The start-up with over 10 employees, has offered solar-powered cold storage for handling post-harvest targeted at assisting Kenyan rural smallholder farmers, and reducing 90 per cent of post-harvest loss.