by Giza Mdoe
in Industry and Trade
0 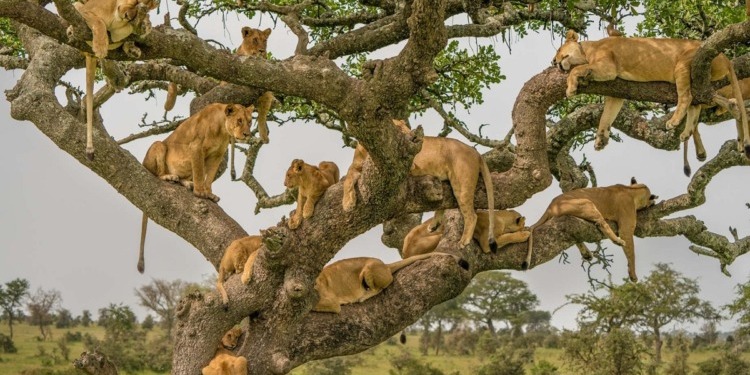 Lions at the Serengeti National Park. Tanzania is not taking advantage of teh park's popularity to increase revenues. [Photo/Micato Safaris] 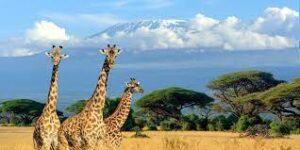 Impressive and commendable, but is Tanzania capitalizing on this accreditation?

Such accolades should translate to having tourists visiting the park increase every year compared to other national parks on the continent and by default, it should equally mean pocketing much more tourism revenues.

That is however not the case. If we leave out Egypt which, despite being on the continent is actually considered a Middle Eastern region per the United Nation’s World Tourism Organization, the crown for receiving the largest number of tourists per year in Africa is adorned the desert country of Morocco on the North-West end of the continent. This according to Statista: ‘African countries with the largest number of international tourist arrivals in 2019 (Mar 5, 2021).

You would think Tanzania, with the Serengeti National Park which is considered the site for the first man, would be of more interest. To ice the cake, the Serengeti does have a couple of other attractions under its belt. Despite all these perks, the Serengeti, though voted the top African destination, does not receive the most number of tourists per year.

In fact, Tanzania does not even make the top ten of most visited countries in Africa!

It seems there is more to the equation of attracting tourists than just having the most splendid of attractions. The math is a little more complicated, and even political if you like. Consider this; “Despite having the most international visitors among African countries in 2019, Morocco ranked second in terms of international tourism receipts, which amounted to approximately 8.18 U.S. dollars.”

So even though Morocco gets the highest number of tourists it still doesn’t make most of its money from tourism. That crown goes to South Africa. In the latest available figures, the Zulu Land accounted for international tourist receipts of around US$8.38 billion in 2019.

Remember how I said there should be a political aspect to the equation?

Well, things get even more complicated when you start to look at how much investment is placed in the tourism sector of a country. It turns out, a country’s policies will determine the willingness of investors to put their money in hotels, lodges, transportation and other necessities that eventually add up to attracting tourists to a country.

It is obvious that even if you have the most interesting sites but the country is not economically and/or politically stable, then tourists will opt to go to another destination even if it is less appealing. Allowing for or creating a conducive environment for top luxury hotel brands to set up shop in a country is the secret weapon to pocketing the full package of tourism revenues, the number of visitors, the amount they spend while in the country and investors investing in the sector.

In this regard, it is South Africa again that weaves a most appealing web; “In terms of the Travel & Tourism Competitiveness Index (TTCI), which measures factors and policies that make a country eligible for investments in the travel and tourism sector, South Africa and Morocco take the top spots.”

South Africa received a TTCI score of 4.01 out of seven, which made it the leading African country according to the 2017 TTCI. Comparatively, Morocco came in second with a TTCI score of 3.81. This all means that while Tanzania may have the most interesting tourist attractions, the Serengeti, Ngorongoro, Kilimanjaro, Zanzibar and the list goes on, the country must look at the other factors that allow for more investment in the sector and capitalize on that.

Having the sites is not enough, Tanzania must lure investors for hotels and lodges, travel companies etc if it is to gain more tourist receipts per year.

The park stretches over 14,763 km2 and is home to the largest lion population in Africa. And the site for the annual largest animal migration in the world; over 1.5 million wildebeest and more than 250,000 zebra and prey, migrate annually.

The park is a World Heritage Site and is designated as a Category 2 protected area by the international union for Conservation Nature.

Since the Serengeti National Park is listed as a World Heritage site, Tanzania has come under global criticism for its plan to construct a major highway that cuts through the park.

The 171.5 km of road is considered to pose environmental dangers to the park’s ecosystem and has received widespread criticism. It remains to be seen whether the country will proceed with the construction plans or if it will shelf them altogether.

Tanzania is also under censorship for development works in yet another World Heritage Site, the Selous Game Reserve. The Tanzanian government inaugurated the construction of Stiegler’s Gorge dam, alias Rufiji Hydropower Project that is being built on the Rufiji River.