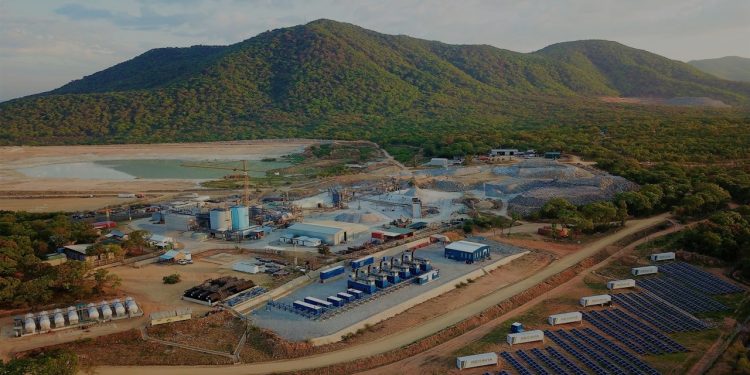 Shanta said in its 2021 annual report that the purchase deal obliged it to pay Barrick an additional US$50 million (Sh59.7 million) for three partially-owned licences.

In 2020, Shanta Gold paid Barrick US$ 11,677,523.53 (Sh1.4 billion) to acquire their Kenyan holdings. These assets comprised the rights to extract gold across a 1,161 square kilometre area that spans the counties of Kakamega, Kisumu, Siaya, and Vihiga.

The West Kenya project encompassed a total land area of 1,121 square kilometres. It included seven separate prospecting licences, four of which Barrick was the sole owner.

Their respective shares in these licences were 87.16 per cent and 12.84 per cent.

Shanta stated in its annual report for 2021 that the purchase agreement required it to pay Barrick an additional US$50 million (Sh59.7 million) for these three partially-owned licences once they received approvals.

However, the company added that this had not transpired by the end of the previous year.

In their annual report, Shanta stated that

“According to the provisions of the Share Acquisition Agreement for the West Kenya Venture acquisition, US$500,000 (Sh59.7 million) in cash consideration is subject to the satisfaction of certain criteria connected to the company securing the Gold Rim Project Licences,”.

As of the 31st of December in 2021, these prerequisites were not satisfied, and hence, no sum was recognised.

After purchasing the seven licences from Barrick in a cash-and-stock transaction, Shanta committed to pay Barrick Gold a royalty rate of two per cent on any actual gold production in the future.

During the previous two years, when Shanta Gold has been spending a significant amount of money on feasibility studies to ascertain the true extent of the gold reserves, and whether or not to move on with production, the West Kenya project has not generated any revenues.

The region is projected to produce 1.6 million ounces of gold from its deposits.

Due to the substantial amount of capital expenditure that Shanta is investing in this endeavour, the company declared a net loss of US$7.3 million (Sh874.7 million) in the project during the previous year.

According to the most recent annual report for the company, this loss was over eight times as large as the US$947,000 (Sh113.1 million) deficit documented the year before.

Although the exploratory area has a history of informal and small-scale gold mining dating back decades and has long been a popular destination for artisanal miners hoping to strike it rich, large-scale commercially viable mining has remained elusive.

In March 2022, Shanta Gold, an exploration company, claimed to have discovered more high-grade gold in western Kenya, which is estimated to be worth Sh365 billion.

According to the then market update provided by the company, it discovered high-grade gold mines in Kakamega County that are expected to contain 1.6 million ounces of gold and had a market value of Sh364.8 billion then.

In the wake of the Russia-Ukraine crisis, which has harmed the value of currency-based assets, the price of gold has reached highs of $2,000 (Sh228,000) per ounce as investors rushed to buy the commodity. This has caused the price of gold to touch all-time highs.

” We are pretty pleased with the groundbreaking drilling findings that were just published at the Ramula target. These discoveries added 434k oz grading out to 2.08 g/t and increased the total resources at our West Kenya Project by a remarkable 37 per cent, bringing the total to 1.6 million oz. Our belief that the region contains a substantial new gold district and an area of massive potential expansion for the company has been further strengthened due to this development.”

“We are sure that over time we will be able to build Ramula into the second significant resource region in the larger West Kenyan Project because it is located adjacent to the Liranda Region, which holds the Isulu-Bushiangala resource, Zurrin added.

The miner lauded the Western region of Kenya’s gold reserves, most of which have not been mined yet, as the potential future of the gold mining sector in the country.

KQ narrows its half year loss to KSh 9.88 billion as total revenues rise