Stats SA has reported that South Africa’s manufacturing output rose by 2.9 per cent year on year in September after rising by a revised 1.7 per cent in August.

Statistics South Africa (Stats SA) formerly known as the “Central Statistical Service”, is the national statistical service of South Africa with the aim of producing timely, accurate and official statistics, in order to advance economic growth, development and democracy.

Stats SA conducts a monthly survey of the manufacturing industry, covering manufacturing enterprises. They use a sample drawn from the business sampling frame (BSF), with enhanced coverage of South African businesses.

The largest negative contribution was made by the petroleum, chemical products, rubber and plastic products division which fell by 9.8 per cent year-on-year and contributing -2.1 percentage points.

Seasonally adjusted manufacturing production increased by 4.9 per cent in September 2022 compared with August 2022. This followed month-on-month changes of 2.2 per cent in August 2022 and 0.1 per cent in July 2022.

Seasonal adjustment is a means of removing the estimated effects of normal seasonal variation from the series so that the effects of other influences on the series can be recognised more clearly. Seasonal adjustment does not aim to remove irregular or non-seasonal influences which may be present in any particular month. According to Stats SA, seasonally adjusted estimates are generated each month using the X-12-ARIMA Seasonal Adjustment Program developed by the United States Census Bureau.

The largest positive contributions were made by motor vehicles, parts and accessories and other transport equipment division which increased by 21.1 per cent. The food and beverages division increased by 4.0 per cent contributing 0.9 of a percentage point. The 3.7 per cent jump came from basic iron and steel, non-ferrous metal products, metal products and machinery division thereby contributing 0.8 of a percentage point.

The largest negative contribution was made by the petroleum, chemical products, rubber and plastic products division which decreased by 9.2 per cent and contributing negative 2.0 percentage points.

Stats SA has reported that total seasonally adjusted manufacturing sales increased by 4.4 per cent in September 2022 compared with August 2022. This followed month-on-month changes of 1.0 per cent in August 2022 and 0.2 per cent in July 2022.

In recent years, the Eskom load-shedding has been cited as the major cause of the decline in the manufacturing sector and other sectors of the economy in South Africa.

However, according to an article by Independent Online, various studies have clearly shown that labour productivity has either significantly reduced or remained flat over a number of decades in South Africa, while the salaries have been significantly rising.

This has been good motivation for the manufacturing sector to quietly and gradually move to automation, which seems to be a more suitable alternative as robots are more reliable, more accurate and never go on strike for higher salaries. The age of automation has arrived, and it is more reliable.

For South Africa to take its manufacturing sector back to its glory days, the manufacturing industry and the government must start making very difficult decisions to reverse many of the problem areas highlighted especially dealing with power shortages.

Already the South African government is interested in the opportunities presented by Industry 4.0 technologies. President of South Africa, Cyril Ramaphosa, has increasingly cited ICT technologies as having the potential to address the country’s stubbornly high unemployment, poverty, and inequality in his SONAs.

Further, Cyril Ramaphosa’s commitment to digitizing South Africa’s economy culminated in the Report of the Presidential Commission on the 4th Industrial revolution, gazetted in 2020. The report presented a policy framework and clear goals for the rapid adoption of ICT technologies in manufacturing, among other sectors in South Africa in the near future. 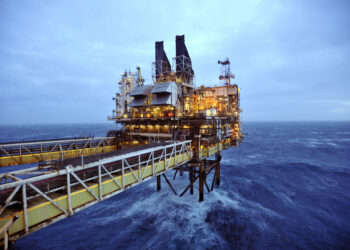 Is Angola’s oil bubble about to burst? 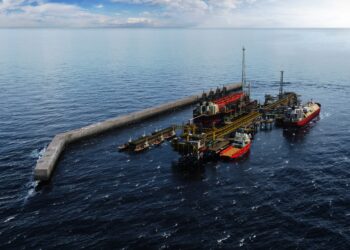