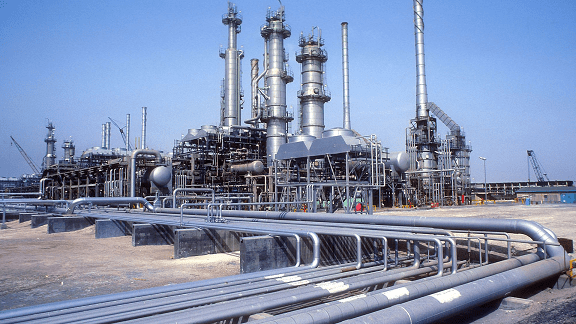 The UK government has provided over US$1.15 billion through UKEF to facilitate the extraction of Mozambique's offshore liquefied natural gas project. [Photo/Construction Reviews]

Rachel Kennerley downplayed the UK government’s argument that it was necessary to secure oil and natural gas supplies from alternative sources to Russia given the recent invasion of Ukraine, which has resulted in an energy price crisis.

The mandate of Judges in a Judicial system is to dispense justice and give way forward on a stalemate following all the applicable laws.

What would happen when two judges give different rulings on the same case? That is the situation currently in Mozambique!

In the first decision by the High Court of London on March 15, Justice Justine Thornton ruled that the UK export credit agency- the United Kingdom Export Finance (UKEF)- had failed to comply with its obligation to calculate the project’s impact in terms of greenhouse gas emissions.

Justice Thornton wrote that the failure to quantify the emissions and other flaws in the environmental impact report meant that there was no rational basis to demonstrate that funding for the project was consistent with Article 2(1)(c) of the Paris Agreement on Climate Change. The agreement directs to a path of low greenhouse gas emissions.

On the contrary, the second ruling by Judge Jeremy Hugh Stuart-Smith found a legal or policy obligation to quantify emissions. It was implicit, obvious, and accepted that developing a large liquefied natural gas (LNG) field would result in very high emissions levels.

Judge Stuart-Smith said that the UKEF was entitled to view that supporting the project under consideration was in line with obligations under the Paris Climate Change Agreement. He supported the judgement by adding that the UKEF’s view was that the project was in general alignment with Mozambique’s stated climate change policies and was acceptable and not shown to be wrong.

A spokesperson for the UK government was cited by UKEF on March 16, replying to the first judgement by Justice Thornton, saying: “We welcome the judgment and remain confident that UKEF follows robust and internationally recognized due diligence before providing any support for overseas projects.”

Considering that the judges reached no consensus, the Friends of the Earth organization, which mobilized several activists near the court on March 17, said it is awaiting a court order determining the outcome.

The activists and protestants had placards reading “Stop gas funding in Mozambique”, “keep oil in the ground”, “fossil fuels must disappear” while shouting protests against fossil fuels funding.

The British environmental organization had raised the alarm over the Mozambique project last year, calling for a judicial review into the UK government’s funding, claiming that it goes against London’s commitments to the Paris Agreement as they target to halt global warming.

“Normally in a court, there is an odd number of judges or a single judge to reach a majority opinion. Here we have a split decision”, the head of legal affairs at Friends of the Earth, Will Rundle, said.

Read: The case for offshore investment

The British government has provided over US$1.15 billion through export credit agency, UKEF, to facilitate the extraction of the offshore liquefied natural gas project in the Rovuma basin in Cabo Delgado, northern Mozambique.

The complainant in the High Court of London estimates that the project will be responsible for releasing 3.3 and 4.5 billion tonnes of carbon dioxide into the atmosphere throughout the project.

TotalEnergies valued the gas extraction megaproject between US$26 and US$33 billion; It is the largest private investment in Africa, supported by several international financial institutions and anticipates the construction of industrial units and a new city between Palma and the Afungi peninsula.

Rachel Kennerley, an International Climate Campaigner at Friends of the Earth, downplayed the UK government’s argument that it was necessary to secure oil and natural gas supplies from alternative sources to Russia given the recent invasion of Ukraine, which has resulted in an energy price crisis.

“Opening new gas fields…including this project in Mozambique, will not help this crisis. This crisis exists because we are more dependent on gas,” Kennerley said. “We need to switch to a more secure form of energy, like renewables, which is cheap, clean and safe.”

Before the suspension of the construction, the first liquefied gas would be ready for export by 2024.