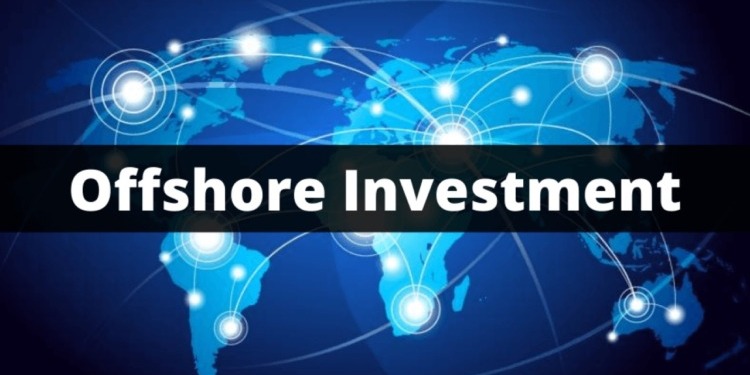 Whenever the words “offshore” and “investment” are used in the same sentence the first things that come to mind are criminality, secrecy, money laundering and the use of tax havens to hide ill-gotten wealth by corrupt business figures and political elites.

This is not an undeserved connotation because some tax havens and jurisdictions have been used to store away wealth gained in ways that are less than scrupulous. The now infamous Panama Papers have established this as fact. However, despite this negative epithet, investing offshore has a critical role to play in optimizing and enhancing the returns and a portfolio’s performance of an investor.

To invest offshore is a necessity

It is not something that is only available to very rich people. It is available to the common person who is a retail investor. Capital deployed offshore into well-selected investments has proven to be highly lucrative as will be considered later.

Investments made wisely are the most potent vehicle for enhancement of the financial welfare of a person. The importance of developing a personal portfolio of investments in listed shares, real estate and or private enterprises can never be exaggerated. Notwithstanding the pertinent need for the retail investor to deploy their capital offshore, it must be driven by an individual’s personal goals and how to achieve them within a longer-term financial plan.

What is investing offshore anyway?

There is no straightforward definition of this concept because it involves two things – namely “offshore” and “investing” or “investment”. Investment, we know is the deployment of capital usually from savings more than present or current needs or consumption into ventures and securities of varying levels of risk in anticipation of making profits in the future. Investing and investment are easy enough to grasp. The concept of offshore is where things get murky because it is broad and refers to several other things which also include investing. According to Investopedia the term offshore refers to a location outside of one’s home country. It is commonly used in the banking & finance sector to describe areas where the regulators are different from the home country whereas it is acknowledged that offshore locations are generally island nations where entities and individuals set up corporations, investments and deposits.

To have investments and accounts offshore is perfectly legal but concealing them is not. In Zimbabwe specifically, concealed movements of foreign currency outside of formal channels without the knowledge of the authorities is a criminal offence referred to as externalization in terms of the Exchange Control Act (Chapter 22:05) of 2004 and the RBZ Act (Chapter 22:15) of 2017. The latter considers these as the “illegal expatriation of property”. This illegal expatriation also refers to the illegal transfer/export of foreign exchange and or assets from Zimbabwe and offshore retention of foreign exchange and or assets due to Zimbabwe without regulatory authorizations. This definition from the law is exhaustive; however, in simpler terms it just means that international transaction in US$ or other legal tender in the manner just described are in contravention of national laws.

This is an all-important note to consider for the retail investor who is based in Zimbabwe. To be compliant with the laws of the country, all transactions across borders will have to be above board and not concealed. This is the case of Zimbabwe. Exchange controls vary from country to country when it comes to financial outflows and the monies that individuals, companies, and corporate bodies can move outside of the country. In Botswana for example, there are literally no exchange controls and as a result there are no restrictions on the mobility of capital whether into the country and or outside of the country.

In South Africa, companies and individuals are permitted to expatriate, which is to move or transfer funds up to the equivalent of US$2 million before approval from the South African Reserve Bank is required. This may have changed lately and before an investor can venture offshore, care of the utmost order needs to be taken to ensure that exchange control requirements are met and any implications whether present or future have been carefully considered. In Zimbabwe individuals can expatriate up to US$10,000.00 before approval is needed and the retail investor would need to take great care to keep himself or herself abreast of any changes to these permissible limits.

Exchange control regulations are among some of the special considerations that need to be made in deciding to extend an investment portfolio beyond local borders.

Numerous advantages and benefits have been proffered to explain the motives individuals have for moving their assets offshore and investing in jurisdictions other than their home countries. Standard Bank reckons that offshore investment aids in capitalizing on circumstances outside the country providing a buffer against our markets, our inflation spikes and exchange rate fluctuations.

Essentially, offshore investment serves as a hedge against the volatility and harsh economic fundamentals in the local economy. Zimbabwe as a case in point has suffered from perennial poor economic performance for the greater part of the last two decades. The economic phase that characterized this period included compulsory expropriation of productive farmland, the expropriation of hard currency funds that were never returned, of individuals and organizations by the government to fund its operations, hyperinflation and a generally depressed economy.

The astute investor who is consummate with offshore investing will be able to hedge the value of their portfolio and the assets therein by venturing beyond borders of their home country. There is a caveat to this benefit: there can never be a guarantee that offshore investments will perform better than local ones as this will depend on numerous factors like the economic fundamentals obtaining in the offshore jurisdiction.

Another interesting development to note regarding the case of Zimbabwe would be to look at non-governmental organizations that since the 2000s have consistently moved their banking relationships offshore to circumvent the volatility and uncertainty locally. These bodies do this to hedge funding for their operations by placing them in accounts with banks that are domiciled outside of their home country and in doing this keep them out of reach from potential compulsory expropriation like the kind experienced 16 years ago. Individuals can do this as well to protect their financial wellbeing.

Investing offshore enables the investor to achieve diversification because of the access to different economies and regions as well as a broader selection of companies and emerging markets which consequently increases their potential to earn solid returns under varying conditions.

Offshore accounts and investments tend to be more flexible because through them investors gain access to international markets and all the major financial centers of the world. The most popular motivation for offshore investment is tax. Tax haven countries offer tax incentives to foreign investors and the favorable tax rates are designed to promote a healthy investment environment that attracts wealth. More practically, whenever you invest in your personal capacity in another jurisdiction you are not subject to taxes in that country. In the United Kingdom and even in South Africa foreign investors or non-residents are not subject to certain taxes. Tax practitioners would need to be consulted to fully articulate the benefits in dollars and cents.

An investor who desires exposure to growth opportunities should as a matter of urgency consider and gravitate towards investment offshore. Prudential Investment Management holds the view that because the stocks listed on the Johannesburg Stock Exchange represent only 1% of the world’s total listed equity market capitalization (when you include the Zimbabwe Stock Exchange this figure rises to a little over 1%) if an investor only holds South African and Zimbabwean equities they are missing out on 99% of the global equities universe. There are many fast-growing industries not fully represented on the local markets like technology in general (shares like Facebook, Alphabet, Amazon, Netflix and Google) biotech and alternative energy. Offshore investment opens up opportunities that investors would not have access to locally.

Living in emerging markets means that it can be of great benefit to diversify into global markets which are driven by various macro-factors that can offer more stable growth and provide hard currency exposure. Rapidly expanding emerging markets like those in Asia offer lucrative growth prospects and can give the investor’s portfolio a higher probability of better returns than those confined to the local market.

The case for investing offshore is compelling but it is not without its risks. For starters it now more than at any other time in history attracts much greater scrutiny from the governments of major countries with the intent to close tax loopholes. The costs can be prohibitive depending on the jurisdiction an investor chooses; this is in general and more specifically in instances where companies need to be set up in offshore jurisdictions, the costs can easily go beyond the reach of the average investor.

Nonetheless every investor who has the future in mind must give all consideration to extending their portfolio in whole or in part beyond the borders of his or her home nation.

Go forth and prosper!

Read: Boost to Dubai’s status as it ranks top for international arbitration