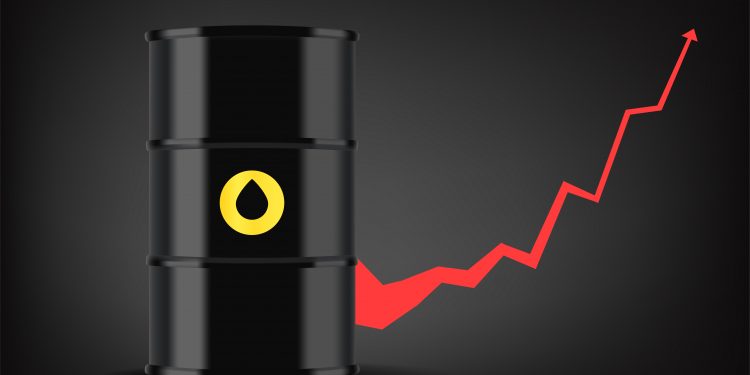 A derivative contract is an agreement to engage in a commercial transaction in which the delivery of an asset is set for the future, while the price and various specifications of the contract are agreed at the time of contract initiation. These markets originated from burgeoning oil and grain markets. In the agricultural markets, these created a need for a farmer to secure a price at one point in time, store the grain, and deliver it at a later point in time.

Types of derivatives include forward and futures contracts. In a forward contract, the agreement is made between two parties in which one party, the buyer, agrees to buy from the other party, the seller, an underlying asset at a future date at a price established at the start.

The parties to the transaction specify the forward contract terms and conditions, such as where delivery will take place and the precise identity of the underlying. In this sense, the contract is bilateral and customized. A futures contract is a variation of a forward contract that has additional features such as making it a standardized and public transaction that takes place on a futures exchange. The futures exchange thus determines the expiration dates, the underlying, how many units of the underlying are included in one contract, and various other terms and conditions.

Upon entering the transaction, being publicly-traded security, the exchange enables the trading and settlement of the contract through a daily mark – to – market procedure. Profits and losses are charged and credited to participants’ accounts each day, preventing the accumulation of losses for the party on the losing side of the trade.

This process would continue on a daily basis until expiry or until either party engages in an offsetting transaction – engage in the opposite transaction. On expiry, the contract can be settled for cash or physical delivery of the underlying asset. The futures exchange ensures the sanctity of such markets by interposing itself on such trades and settlement procedures.

But most importantly, the function of futures markets is to hedge by seeking to avoid the uncertainty of future prices by locking in a price for a future transaction. A farmer unsure of the price of his crop at harvest could enter a futures contract with a miller to lock in the price on delivery. The farmer has concerns about a price decrease while the miller would be worried about a price increase.

As you may note, these markets work well due to the convergence of derivative prices with the prices in the spot (physical) markets. This is enabled by the delivery mechanism that exists in which a transfer of cash or the physical commodity occurs. The exchange designates warehouse and delivery locations for many commodities. When delivery takes place, a warehouse receipt, warrant or bearer receipt representing the quantity and quality of a commodity in the specific location changes ownership from the seller to the buyer.

Read also: COVID-19 in Africa: Why Nigeria seeks $6.9 billion to combat the virus(Opens in a new browser tab)

The buyer then has the right to either leave the raw material in storage or move it to a warehouse of his suitability. In global markets, only less than 5% of futures contracts traded with a delivery mechanism result in actual physical deliveries.

Activity is usually high when the contract is coming up for expiry as many participants avoid having to take the receipt and store the underlying commodities. Some reasons attributable to this have been the costs related to the delivery of goods, the cost of litigating disputes over the quality, warehousing, transport, insurance, and other delivery factors.

When it comes to oil, there are different grades. The popular being the Brent Crude and the West Texas Intermediate (WTI). Brent is produced in the oil fields and other sites in the North Sea. WTI is usually extracted from US Oil fields in Texas, Louisiana, and North Dakota. Brent Crude is the international benchmark price used by the OPEC while WTI crude price is a benchmark for US oil prices.

Most of the oil imported in Europe, Africa, and the Middle East is priced according to the cost of Brent Crude. It is the reference for about two-thirds of the oil traded around the world and hence slightly more sensitive to various factors such as geopolitical tension. As it is produced near the sea, its shipping costs are typically lower. However, the shipping of WTI is higher since it is produced in landlocked areas, where the storage facilities are limited.

On Monday, April 20 2020, the WTI crude prices fell below zero for the first time ever. It settled at negative $37.63. This was driven by a trading deadline on the May expiry WTI futures contract. Driven by the expiry, traders were desperate to get buyers for the barrels of oil.

Some traders were willing to pay as much as the $37.63 to accept delivery of one barrel of oil. During normal periods, traders would offset these contracts and roll on to those of the future months. The concern is that buyers that had the ability to receive and store that much oil is in short supply.

This is really attributable to the Coronavirus pandemic that has led to an extreme sharp drop in the demand for oil. It has created a massive oil glut and raised concerns about the lack of physical storage space for it. The US oil that is located in different unconventional pooled deposits requires more invasive, energy-intensive production techniques.

Add on to this, the reliance on borrowed capital makes it difficult to cut oil production. With the oil surplus lacking storage, analysts fear that US storage could be at 70-80% capacity. Many producers may thus be forced out of business leaving wells idle.

With the expiry of the May contract, we expect the June contract to be pulled lower over the coming weeks unless a cure for the Coronavirus is reached and/or governments are able to lift travel restrictions and business closures resuscitating global oil demand.