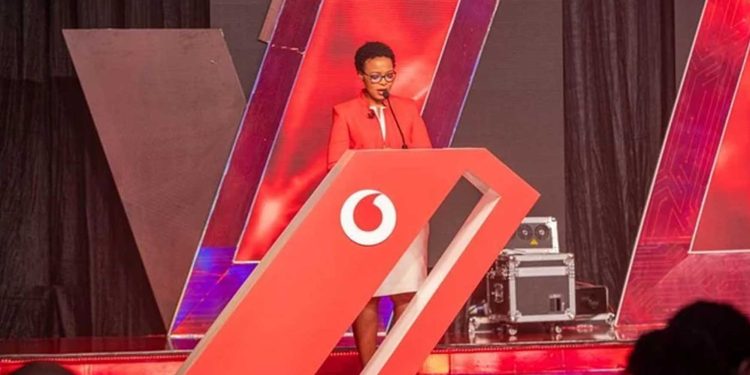 Vodacom Tanzania fell Sh103.8 billion short of its second quarter target and the company blames it on what it says is ‘the impact of mobile money transaction levies.’

In its latest annual report, Tanzania’s largest telecom, subscription wise, said compared to the same period last year, its second quarter earnings this year, that Sh956.515 are over one percent lower.

Not only was the income low, but the company had projected much higher earnings this year in excess of Sh1.06 trillion. However, much to the dismay of its investors and stakeholders, the company was almost 10 percent off target in this year’s second quarter earnings.

So what happened, how did the largest telecom company fall so far off its projections? And no in just one area, the company’s annual report concedes that Vodacom suffered drop of revenue in at least four of its top six revenue channels.

In the words of the company’s Board Chairman, Judge (rtd) Thomas Mihayo, “…the introduction of mobile money levies in the year (2021) was an unfortunate development…”

The end result of the levies was that people shied away from mobile money transfers owing to the expensive charges levied on them. The public outcry was immense and it was best portrayed in the reduced returns for the country’s largest telecom company.

Since its inception, Vodacom’s Mobile Money channel called M-Pesa quickly became the company’s top income generator but, after the taxes were introduced, M-pesa suffered a 7.6 percent drop in revenue.

To see just how much the levies affected customers’ decision and in turn Vodacom’s earnings, Judge Mihayo reveals that upon inception of the levies over 1.3 million customers stopped using M-Pesa services.

“This reflects the impact of the levies that saw M-Pesa users fall to 6.5 million by the end of the second quarter compared to the first quarter’s 7.8 million,” confirmed  Vodacom’s Acting Managing Director Hilda Bujiku.

These are huge figures in terms of money circulation for the public of Tanzania. In fact Vodacom says through M-Pea alone, the company processed more than Sh60 trillion worth of transactions during the financial year ending March 2022, highlighting a considerable amount for the country’s financial ecosystem, so to speak.

Other than M-Pesa, other affected revenue channels include the company’s Mobile Voice, Incoming and Messaging services as well.

Mobile Voice, which offers calling and receiving call services, is Vodacom’s second major revenue earner and that channel suffered a drop of returns in the second quarter from Sh302.037 billion last year to Sh286.985 billion this year.

A similar fate befell Vodacom Mobile Incoming and Messaging services which dropped by 17.3 and 9.5 percent respectively.

It should be noted that the government did reduce its initial intended levies by 30 percent levy last September and when the public outcry made it to parliament, the House further cut the taxes down 43 percent back in June this year.

Put that together with Vodacom’s own cost containment measures and the Acting MD Ms. Bujiku is proud to report operating profits of Sh64.4 billion in the same period.

Ms. Bujiku would have stakeholders rest assured that; “We made good inroads across our key strategic focus areas, while also managing new headwinds such as levy on mobile money transfers and withdrawal transactions.”

Looking to a bright future in her career, the newly appointed Acting MD remains positive that, despite the tax waves, Vodacom is well poised to sail the rough seas and deliver on its promises to all stakeholders and to increase financial inclusion to the masses.

At the turn of the quarter, Vodacom announced a change in its top positions of Manging Director and Finance Director.

In a public report issued earlier, Chairman of the Board of Directors of Vodacom Tanzania Plc, Judge (Rtd) Thomas B. Mihayo expressed his pleasure and confidence in the appointment of Hilda Bujiku as the company’s Acting Managing Director and  Mr. Robin Kimambo as its Acting Finance Director.

The two appointments are, for the moment, considered only interim ‘until such time that the recruitment and on-boarding process of the substantive Managing Director…’ the public communiqué explained.

As to the appointees backgrounds, Vodacom would have stakeholders know that Ms. Bujiku is currently the Finance Director of Vodacom Tanzania Plc and has had an exceptional track record in her tenure.

Ms. Bujiku joined Vodacom Tanzania in 2012 and has held various senior roles in the Company including that of Deputy Finance Director responsible for Financial Planning & Analysis, Investor Relations and Company Secretariat.

Worth noting is the fact that Ms. Bujiku was previously in a top position in Vodacom Lesotho where she was the Finance Director as well. Whilst in Lesotho, she successfully implemented transformation projects and delivered consistent shareholder value; and she would have stakeholders in Tanzania rest assured that she will continue to deliver on the company returns despite the downfalls of the second quarter.

As for Mr. Robin has been with the company for the last three years having joined in 2019 and is currently the Head of Finance Operations.

“He has in-depth experience in all areas of accounting and financial management with strong technical knowledge in International and Local Financial Reporting Standards. He holds a bachelor’s degree in Commerce (Accounting) from the University of Dar es Salaam and is currently pursuing his MSc. in Finance, Leadership and Management at the University of York (UK).