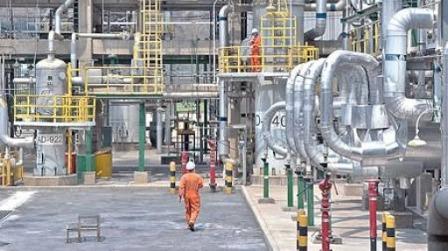 Dangote just started operations of his fertilizer factory. Will this make it easier for African countries to improve food productivity?

Global fertilizer prices have been rising since 2020, surging as much as 70 per cent in the past year.

The war in Ukraine provided a big boost to the rising prices, which has led to a spike in natural gas prices, the key feedstock for ammonia and urea-based fertilizers. Fertilizers provide healthy nutrients for crops, and experts say the current impasse can stifle agricultural growth and lead to hunger on the continent.

“Commodity markets are under tremendous pressure, with some commodity prices reaching all-time highs in nominal terms,” John Baffes, a senior economist at the World Bank, said in the World Bank’s Commodities Outlook Report released on April 26, 2022. “The sharp rise in input prices, such as energy and fertilizers, could lead to a reduction in food production particularly in developing economies.”

A famous quote by Albert Einstein which I have recently reflected on when thinking about the prospects of businesses surviving in a crisis says ‘In the midst of every crisis, lies great opportunity.’

What better time to launch a fertilizer plant than when there is a sharp rise in input prices, such as energy and fertilizers? That’s exactly what Africa’s richest man, Aliko Dangote did.

On March 22, 2022, Dangote’s US$2.5 billion fertilizer plant in Nigeria’s economic capital, Lagos, started production. Producing both urea and ammonia fertilizers, it is the world’s third-biggest fertilizer plant and second-biggest producer of urea-based fertilizer.

President of Nigeria, Muhammadu Buhari while commissioning the state-of-the-art Dangote Fertiliser Urea Plant expressed confidence that the project would give a huge fillip to Nigeria’s agricultural sector.

“In the agricultural sector, another focal point of our economic policy, we expect a boom as fertilizer is now readily available. Many Nigerians who hitherto practiced subsistence farming because of the non-availability of necessary inputs can now take up agriculture as a business. We expect a rise of the new breed of agropreneurs who will add value to farming and make the nation self-sufficient in food production,” he said.

President of Dangote Group, Aliko Dangote in his speech described the new plant as a game changer, as it can make Nigeria self-sufficient in fertilizer production, with spare capacity to export to other markets in Africa and the rest of the world.

While Dangote’s initial export targets were primarily Africa, current market realities mean there is increasing demand from outside the continent. Orders have come from far-flung places in the US, Brazil, Mexico, India, and the EU according to an article by African Business published on May 5, 2022.

According to the World Bank, the proximity of the new fertilizer plant offers a critical window of opportunity for Benin policymakers and the private sector to engage their Nigerian counterparts within the frameworks of the Economic Community of African States (ECOWAS), the African Continental Free Trade Agreement (AfCFTA) and other bilateral agreements to source fertilizer inputs for its farming population to increase food production and meet increasing regional demand for food products. This will make it easier for African countries to improve food production.

Talking to Forbes Africa, Franklin Cudjoe, Founding President and Chief Executive Officer of the IMANI Centre for Policy and Education, a think tank based in Ghana said, “As they say, when Nigeria sneezes, the rest of Africa catches a cold and that is exactly what is happening. The Dangote fertilizer plant is important to Africa because, with the Ukraine and Russia war, it is only a matter of months before some parts of Africa will be plunged into hunger. We need to have agricultural solutions that do not just rely on the West but rather on Africa.”

World Food Program estimates that cereal production during the 2022 cropping year could potentially decrease by 16 per cent year-on-year because of high fertilizer and fuel prices. The total 2022 cereal production will be about 37.8 million metric tonnes, down from 45.2 million in 2021.

Lebanon topped the ranking with 122 per cent food inflation compared to last year’s period. This was followed by Zimbabwe with 23 per cent.

Furthermore, higher food prices combined with low household stocks will further compromise household purchasing, limiting physical and economic access to food. Affected farmers and the majority of poor urban and rural households relying on markets will be the worst hit. According to Relief Web, the number of food insecure people in the region will rise to more than 100 million by the end of the year. Dangote’s US$2.5 billion fertilizer plant will help Africa and Nigeria’s domestic input requirements, helping to improve food production.

The start of fertilizer production by the Dangote Group is expected to boost investment in the agricultural sector, hopefully leading to self-sufficiency in food security in Africa.

Read: Organic farming a prototype for sustainable agriculture in Africa

Trade facilitation to ensure that the AfCFTA works