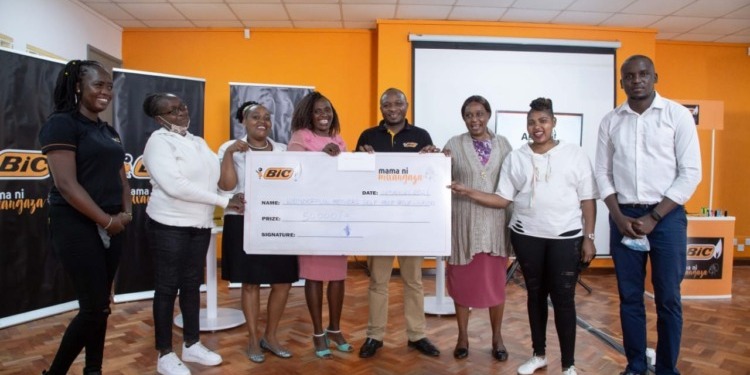 Women chamas and how they are impacting Kenyan communities

Chamas are some of the most effective means of transforming society through women by the international community.

The rise of women groups (popularly known as ‘Chamas’) has been recognized as one of the most effective means of transforming society through women by the international community.

Through the table banking approach that they take, these groups are very important in reducing poverty levels amongst women by enabling them to have control over economic resources, make economic decisions at the household and community level as well as enabling them to have access to credit and business facilities. They also act as unifying factors, bringing women together with an aim of empowering them.

Through chamas women have been able to buy large fixed assets, buy food in bulk, pay school fees and start businesses. Following in the same spirit, more than 170 chama groups have taken up a revolutionary idea that allows them to save a few coins on some household expenses and divert the money to their business projects.

Match sticks are one of the most used commodities in many Kenyan kitchens but did you know that it costs KSh 140 less to use a lighter instead of matchsticks?

If each woman saves KSh 140 by using lighters, the 8,274 women converted will save a total of KSh 309,000 to boost their communal/individual projects.

For the Mama ni Mwangaza initiative, BIC EA awarded women groups that are positively impacting their communities by financially supporting 3 women groups that had made the most impact. The women groups received a token of KSh 155,000 to boost their chama projects.

Over the course of 1 month, 170 chamas in and around Nairobi were engaged in a programme entitled ‘Mama ni Mwangaza’ aimed at proving the cost-effectiveness, safety and efficiency in using a BIC lighter vs using matches.

After this, a competition was held in which each chama had to spread the word and explain what they had learned to friends and acquaintances who would, through a USSD code, respond to questions and award that chama points.

Chamas earned points for spreading the word and sharing what they had learned with friends and family. The three chamas received cash prizes to support their community projects.

And with the pen being one of the tools that accomplished writers have in their possession, most if not all Kenyans can attach a memory to a book.

From books that help with learning in school, to books that one would read to unwind, writers have helped the masses gain immeasurable knowledge through it.

Writing has paved the path of success for human beings and truly made them the most intelligent of all Creation.

As part of the celebration that has been held around the world, marking the 70th anniversary of the iconic BIC crystal pen, BIC East Africa chose to recognize and appreciate 70 influential writers in Kenya whose written words have has a positive influence on the lives of many.

Many can attribute Kenya’s Kiswahili to Wallah Bin Wallah and his affluent Kiswahili Sanifu, we have been able to unwind with a range of stories from Kwani writers, stayed informed on the news by newspaper reporters or enjoyed a beautifully scripted show by our very own Eddie Butita and Abel Mutua.

BIC appreciated Kenyan writers with unique limited edition crystal pens to encourage them to keep up the writing spirit. Writers continue to play a major part in our everyday lives and we appreciate the words they write in creative forms of self-expression which in turn inspire people in Kenya and around the world.

BIC is a leading international distributor of stationery products, lighters and shavers in more than 160 countries around the world. For more than 50 years, BIC has honoured the tradition of providing high-quality, affordable products to consumers everywhere. Through this unwavering dedication, BIC has become one of the most recognized brands in the world.

Over the course of 70 years, thanks to the minimalist design and unparalleled performance, the crystal pen has become the most sort after pen in the world.

Marcel Bich’s goal was clear; to provide a smooth, effortless writing experience that would free the hand for creative expression. His quest for perfection led him to be the first to use precision watchmaking tools to manufacture a pen.

Private investment in Africa exceeds expectations in first half of 2021