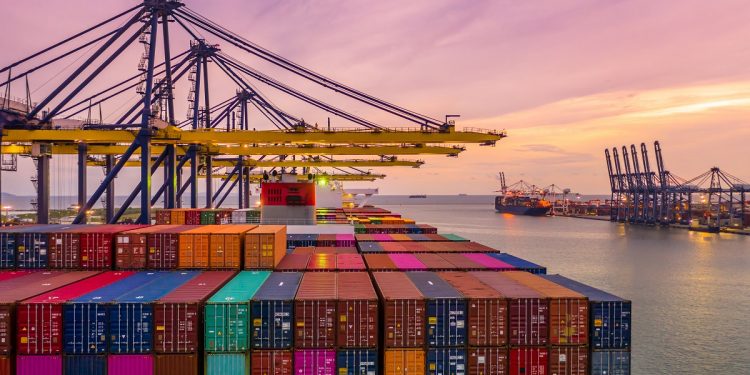 Africa is a continent that has lagged behind in matters development and economic growth for decades due to the limited nature of investing in various sectors for commercial progression.

Among the most untouched sectors include the blue economy which encompasses all activities developing or deriving from marine and aquatic ecosystems including oceans, coasts, seas, rivers, lakes and groundwater, and associated resources.

The blue economy advocates a multisectoral and integrated approach towards the sustainable management of these activities in attaining socio-economic transformation and sustainable development. This sector supports the creation of value chains and can substantially contribute to the structural transformation of economies, fight against poverty through job creation and the improvement of social conditions, among others.

To achieve sustainable development in Africa through the blue economy, the relationship between trade and development cannot be overemphasized.

The UNCTAD notes that trade has been recognized as the engine for inclusive sustainable development and growth with maritime transport and its related activities being motors for trade facilitation.

There are seven key blue economy sectors that governments and stakeholders can focus on including seaports. The key opportunities seaports offer for trade in Africa and the continent’s economic performance cannot be overstated.

Ports are crucial for trade in most African countries due to their high dependency on exports of raw materials and imports of food, manufactured goods and fuel.

The Economic Commission for Africa (ECA) notes in 2017 study that port throughput in the continent is expected to rise from 265 million tonnes in 2009 to more than 2 billion tonnes in 2040. Seaport competitiveness, the study notes, will improve access of the 16 landlocked countries in Africa, to regional, continental and world markets.

A PricewaterhouseCoopers report estimates that a 25 per cent improvement in port performance could increase GDP by 2 per cent.

According to the study, poor port performance is one of the root causes of congestion in ports and an imbalance between imports and exports.

Another investment opportunity in the blue economy in Africa is intermodal and multimodal transport which is enabled by the availability of water bodies on the continent.

Africa is home to some of the longest rivers in the world and these rivers can be used to integrate a transport network across the continent. Various categories of cargo can be moved using multimodal transport.

The ECA report adds that river transport will take away the burden from the road and thereby reduce costs and time. It is also more environmentally friendly as it will generate less pollution.

Developing river ports could enable the efficient supply chain of products as inland container depots can be developed at the nexus of road, rail and water transport networks.

In comparison, moving goods in Africa is two or three times higher than in developed countries and transport costs can represent as much as 50 per cent to 75 per cent of the retail price of goods.

“The AfDB’s Private Sector Development Strategy estimates that infrastructure services in Africa cost twice as much on average as those in other developing regions and notes that tariffs are exceptionally high. East Asian firms save close to 70 per cent in transportation costs compared to African firms, while Latin American and South Asian firms save approximately 50 per cent.”

Merchant fleets provide transport, connectivity to global trade and livelihoods to people in the industry but only a few African countries have a national fleet. National shipping companies make it possible to effectively transport a country’s foreign trade which has a very positive impact on the balance of payments by limiting the outflow of foreign exchange, and guarantees the independence and security of supplies for the country as well as the international influence of its flag and its entire economy.

Investing in ship acquisition to develop a national fleet and ship repair facilities is an investment opportunity that is worth looking into not just by countries but also individual investors.

The growth of retail commerce in Africa will foster the development of sophisticated logistics services. Retail ecommerce is on the rise and it is shaping the logistics property markets worldwide.

Africa is the fastest-growing mobile telephone market in the world and the continent’s online retail sector is growing at a fast pace driven by this growth. Smartphone usage across Africa is rising sustaining the continued rise of online retail activity.

Tapping into the logistics sector is a good bet for investors since the sector will foster higher demand for an increasingly sophisticated range of logistics solutions.

Tourism and recreation are the other frontier where Africa is in its best ever position as a global tourism player. The sector is one of Africa’s most promising sectors in terms of development and the continent has a major opportunity to harness the potential of tourism. Investors who jump into the opportunities offered by the sector will be among those who reap the benefits of tapping into the continent’s blue economy potential.

The ECA study notes that the bulk of the tourism sector in Africa falls within the category of blue economy, with coastal countries accounting for over 95 per cent of the continent’s total tourist arrivals and tourism receipts.

Fish provide more than 4.2 billion people with more than 15 per cent of their animal protein intake according to estimates by the Food and Agriculture Organization of the United Nations (FAO). This makes fisheries and aquaculture prime investment sub sectors in the continent’s blue economy.

With thousands of marine species in ocean waters that are still largely unknown, Africa is in a good place for the exploitation of these species for food, pharmaceuticals, cosmetics or bioenergy.

In 2017, it is estimated that total African imports of fishery products represented a value of US$5.6 billion, while exports represented Us$6.5 billion, according to the study.

The other sector for investment is deep-sea mining and renewable “blue energy” and reliable energy is fundamental for Africa’s economic structural transformation. The rising demand for energy creates an opportunity for investment in the clean energy sector with the oceans and seas of Africa offering tremendous potential and opportunity to develop both non-renewable (oil and gas) and renewable energy sources including wind, tidal and wave. Most of these sources only have a fraction of them which has been exploited so far.

How Africa’s economy will transform this decade