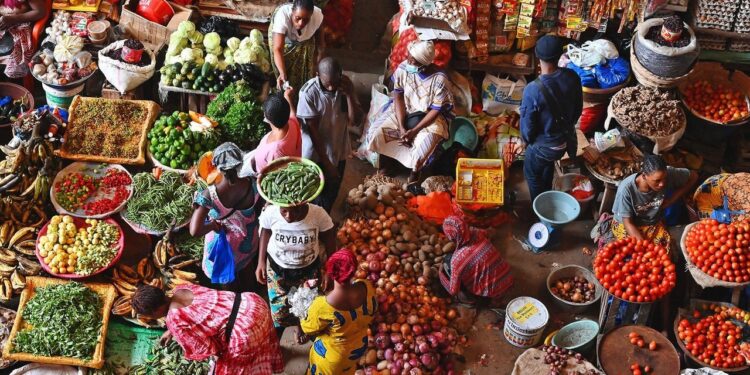 In addition, bountiful agricultural production in some countries will boost the region's economy.

by Njenga Hakeenah
in Africa's Development, Industry and Trade
0
Share on FacebookShare on LinkedIn

Africa’s economy is expected to grow by 3.8 per cent in 2022 after the Covid-19 pandemic lowered its GDP growth which saw the per capita income decline by 5½ per cent.

According to the International Monetary Fund (IMF), the growth is mostly supported by external conditions of trade and commodity prices. In addition, bountiful agricultural production in some countries will boost the region’s economy.

That aside, the economic growth in sub-Saharan Africa (SSA) in 2022 will be shaped by the trade and investment landscape in the region.

This sector may rebound in 2022 but recovery may still be limited depending on tourism source markets.

To prop the sector, the East African Community (EAC) launched the EAC Regional and Domestic Tourism Media Campaign meant to market national and regional tourism products and services. The move is aimed at stimulating intra-regional travel.

Dubbed, ‘Tembea Nyumbani’, the campaign aims to encourage East Africans to travel within their own countries and throughout the region in an effort to resuscitate tourism domestically and regionally in the face of the pandemic.

Producers and traders of African commodities should expect a year of great performance as a result of the commodities boom. This is good news for African energy, metals, minerals, and food producers’ revenue and stock values.

Technologies are expected to be widely adopted in Africa in 2022 as the area continues with its digital transformation. Infrastructure investment, as well as education and training, are necessary to fully benefit from the digital revolution.

For some countries, there will be increased calls for restructuring of external debt in a meaningful way rather than debt-service deferrals and strategic positioning by international creditors in 2022.

With several elections in 2022, there is a possibility that some countries may become conflict hotspots. In addition, the threat of terrorism remains real.  Already, the ongoing conflict in Ethiopia remains a major cause of instability in the East African nation. Depending on how this is dealt with, countries in the larger Horn of Africa region remain sensitive.

In 2022, more than 25 of Africa’s fastest-growing economies will register more than 5 per cent growth as projected by the IMF. The top 10 best performing African economies as per the October 2021 report titled Recovery During a Pandemic are Seychelles which will see a 7.7 per cent growth in 2022, Rwanda 7.0 per cent, Mauritius 6.7 per cent, Niger 6.6 per cent, Benin, Cabo Verde, South Sudan and Côte d’Ivoire will each see a growth of 6.5 per cent while Guinea and Ghana will see a growth of 6.3 per cent and 6.2 per cent respectively.

Kenya and Gambia will see a growth of 6.0 per cent each in 2022. Projections for 2023 show that these top-performing countries will enjoy an almost stable growth except for Rwanda and Niger which will see their growth hit 8 per cent and 10 per cent in 2023 respectively. Senegal, whose growth in 2022 is projected to hit 5.5 per cent, will be the second nation in Africa to hit double-digit growth in 2023 hitting 10.8 per cent.

Apart from Ethiopia whose projections have not been given, Equatorial Guinea is the only country on the continent that will register negative growth of -5.6 per cent in 2022 and -1.5 per cent in 2023.

In East Africa, the EAC is putting an emphasis on industrialization and growth to benefit all people.

These developments come after data showing that the pandemic disrupted numerous sectors, including the financial business and the tourism and hospitality industries. UNECA data shows that the pandemic’s impact on Eastern Africa’s economy has been varied. The UN body adds that countries whose economies are heavily reliant on tourism have been hit particularly hard.

Among the efforts to get the region back on track include increasing manufacturing capacity in East Africa from an average of 6 per cent and promoting greater intra-regional trade.

To enhance trade, the EAC is building and operationalizing additional One-Stop Border Posts (OSBPs) in the region, the construction of standard gauge railways and the addition of Tanzania and Burundi to the EAC One Network Area.

The African Export-Import Bank and the African Continental Free Trade Area (AfCFTA) Secretariat announced in September 2021 that the Pan-African Payment and Settlement System (PAPSS) was operational.

PAPSS enables instant cross-border payments in local currencies between African markets in a move that is the achievement of an innovative Financial Market Infrastructure goal.

Once the PAPSS is completely implemented, Africa will save more than US$5 billion a year in payment transaction costs.

PAPSS was commissioned after a successful test phase in the West African Monetary Zone (WAMZ) countries. For ease of use and adoption, the system will not replace existing regional and national payment systems. Rather, it will partner with regional systems to better integrate African economies for the benefit of all.

PAPSS opens a 1.2 billion people market with an estimated US$3 trillion in combined GDP. This is enormous and if it is successfully implemented, Africa could finally become an economic behemoth by not relying on the extractives industry.

Countries that are projected to perform well economically are primed for success with the alignment of systems and maturity of their economic sectors. Up until now, regional economic communities like EAC, ECOWAS, and SADC have attempted to attain these economic aims over the years.

The AfCFTA, which was agreed upon by AU member states in 2012 and given a five-year deadline to be established, will now work to harmonise these efforts.

The pandemic has been a dark cloud hanging over the continent and with the populations adapting to survive the pandemic, the economy can only get better as the new normal takes shape. The projections are nothing short of optimistic and with the continent’s leadership working towards the same goal, Africa may finally discredit the naysayers, it is indeed time to make Africa great. Again.