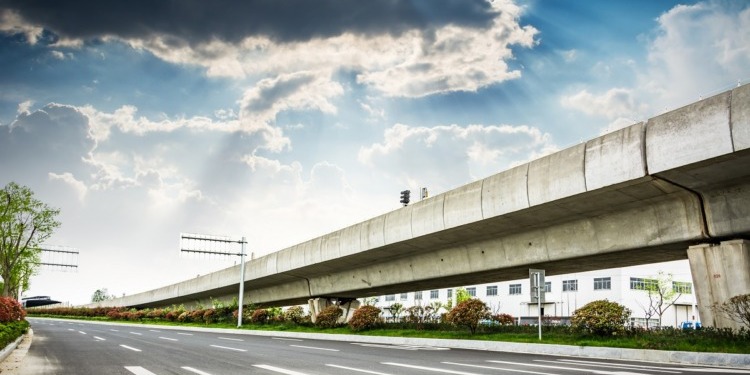 A road interchange. Many African countries are at risk of debt distress which may affect development in future.

When the Covid–19 pandemic hit in early 2020, African governments announced fiscal stimulus packages to keep their economies afloat in the uncertain times that followed.

AfDB estimates that African governments need additional gross financing of about $154 billion to respond to the crisis in 2020/21. The gross financing needs as a percent of GDP varies across countries and exceeds the critical threshold of 15 percent for most countries, with levels exceeding 30 percent of GDP in Somalia, Sudan, Mauritius and Tunisia.

Read: Debate on Africa’s debt in the offing

“Although about a quarter of countries used revenue measures such as tax relief and tax payment deferrals, most have intervened using expenditure measures such as direct public investments in health, support to small-and medium-sized enterprises (SMEs), and cash transfers,” notes the bank in its African Economic Outlook 2021, From Debt Resolution to Growth: The Road Ahead for Africa.

AfDB cautions that measures such as government guarantees to firms, equity injections, and loans could also expose governments to contingent liabilities in the medium to long term.

“The surge in government financing needs as a result of Covid–19 spending will result in fast-paced debt accumulation. Although the average debt-to-GDP ratio, a standard measure of debt sustainability, had stabilized at around 60 percent of GDP at the end of 2019, pandemic-related spending is estimated to have caused the debt-to-GDP ratio to average as many as 10 percentage points higher at the end of 2020.”

The report highlights that non-oil resource-intensive economies are expected to account for the most significant increase in Africa’s overall average debt levels.

Emerging vulnerabilities and the outlook for debt in Africa

It is now official that countries that have been hardest hit by debt distress will only see their circumstances deteriorate unless an economic miracle happens.

AfDB notes that debt vulnerabilities are elevated with deteriorating debt sustainability ratings with more downgrades expected due to the effects of Covid–19.

Covid–19 is eroding safety margins as spending rises and revenue falls. Even countries with comfortable margins could deplete their buffers if not properly managed during the crisis. Another highlight in the report shows that sovereign credit ratings are being downgraded for most countries since they made their debut in international capital markets.

Looking ahead, increasing interest expenses on public debt and shorter maturities of new debt have exposed countries to higher refinancing and rollover risks. The recent increase in interest expenses as a share of the revenue for many countries undermines their ability to service maturing debt obligations. For Africa, the major vulnerability to the debt outlook is the diminishing liquidity available for many countries. Interest burdens are rising fast and government revenue is declining. For some countries, the interest burden has doubled in the last five years.

The pandemic, whose end is not in sight, is expected to reduce government revenues further with many countries lacking the necessary liquidity to service the debt obligations coming due in the first half of 2021.

This means that there could be widespread defaults and restructuring agreements as countries miss maturing payments.

To make matters worse, the increased reliance on external non-concessional market financing is exposing countries to higher exchange rate and rollover risks. This is due to the shifting composition of Africa’s debt toward non–concessional, market-financed external debt which is denominated primarily in foreign currency-usually the US dollar and the euro. The implication is that countries are becoming increasingly exposed to higher real interest rate risks and, more importantly, to exchange rate depreciation risks.

Noteworthy is that the depreciation of local currency causes an upward revaluation of a country’s debt and also makes debt service in the foreign currency more expensive.

“This currency-mismatch exposure explains a significant portion of the deteriorating debt dynamics shown by the decomposition analysis. Covid–19 has caused recent sharp swings in currency valuations for many countries, especially oil-exporting economies. The outlook for the debt ratios in these countries is expected to worsen simply because of the depreciation of their currencies. This issue would be less severe for countries that rely more on the domestic capital market for borrowing and on concessional debt with low-interest rates,” notes the report.

The continent also has a challenge with non-Paris Club creditors whose loan terms which are less transparent complicate debt management issues.

Non-Paris Club creditors in Africa’s creditor landscape have been increasing with the most important one being China. Many of these creditors are not transparent regarding loan terms and collateralization.

Most of the countries currently in debt distress or classified as being at high risk of debt distress have high exposure to Chinese loans. They include Djibouti (57 percent), Angola (49 percent), the Republic of Congo (45 percent), Cameroon (32 percent), Ethiopia (32 percent), Kenya (27 percent), and Zambia (26 percent)—and oil-backed loans from commodity traders.

The report says that any meaningful debt restructuring or resolution for African countries would require negotiating with Paris Club and Non-Paris Club official lenders.  Additionally, given limited coordination among the two groups, it is not clear how this process would turn out, increasing rollover and refinancing risks for affected sovereigns.

Go local! | The world financial system is even sicker than the world’s population

Why digitization is important in the insurance industry

Announcements drive activity in the bourse