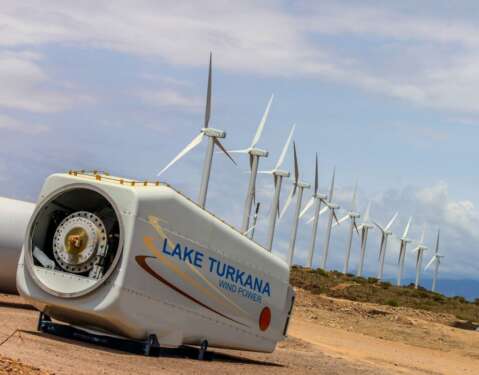 The Lake Turkana Wind power project. Renewable energy is one of the investment areas in Africa this decade. [Photo/CGTN]

How Africa’s economy will transform this decade

Africa’s economic transformation process has seen solid and sustained growth over a decade albeit uneven and without a sufficiently firm foundation.

The goal of a regionally integrated and economically diverse Africa, according to the African Development Bank (AfDB)’s Strategy for 2013–2022, will establish Africa as the next global emerging market. However, this growth is only possible through the inclusion of the young and old, women and men, rural and urban communities alike, while also being increasingly green in every economic aspect.

Africa has experienced unparalleled growth and stability over the past decade which has changed perceptions about Africa for the better. Six of the world’s 10 fastest-growing economies were in Africa between 2000 and 2010 and projections remained strong until the Covid-19 pandemic struck in 2020.

Despite this, economists project growth to rebound slowly before hitting pre-covid levels.

The AfDB notes that high commodity prices have played a role in seeing the African economy’s take off but not only so, macroeconomic policies and sustained reform have also helped improve the growth. Other key factors that have contributed to this growth include stronger governance and better conditions for private sector development.

A damper to the rallying growth of the African economy is conflict which remains a concern though incidences have declined which has reduced the contagion for neighbouring countries and boosting investor confidence in many regions.

Many countries have been advancing toward meeting the Millennium Development Goals (MDGs) and with new investments and faster growth, Africa has an opportunity over the next decade to become the next emerging market and global growth spot.

The demand for Africa’s exports has also been growing as well as internal demand which could help accelerate growth. However, Africa has to seize its potential in water, agriculture, renewable energy and other sectors, especially oil, gas and minerals to achieve solid growth.

To address unemployment, Africa’s vision Africa should include high-quality growth policies that seek to create more employment opportunities for all with the dearth of infrastructure, infrastructure development should prioritise creating opportunities that will drive Africa’s transformation.

Another approach to increase employment is improving the conditions for private sector development which will boost investment, entrepreneurship and micro, small and medium enterprises.

In this context, the strategy notes, transformation means diversifying the sources of economic growth and opportunity in a way that promotes higher productivity, resulting in sustained and inclusive economic growth. It also means supporting the development of industries that increase the impact of the existing sources of comparative advantage and enhance Africa’s global competitive position.

Through this transformation approach, growth will become much more inclusive, extending beyond some countries, some sectors and some workers. Many of Africa’s fragile states will be on a path to growth and recovery. Stronger institutions of governance (domestic and regional) will reinforce the rule of law, facilitate transparency and accountability and peacefully resolve conflicts. Africa will attract greater private investment from foreign sources.

In the years to come, Africa as a continent will be much more integrated where goods, services and people will move across countries and regions—creating larger markets, increasing companies’ competitiveness and expanding intra-African trade opportunities.

The strategy highlights that fostering cooperation within trans-boundary basins will support growth, peace and stability. Such regional approaches will also make resource use more efficient. This vision reflects what the Bank heard during its widespread consultations with governments, private sector actors, academics and representatives of civil society.

It coincides with the ambitions of African leaders and the vision of the African Union’s New Partnership for Africa’s Development as a continent where growth is inclusive—embracing the continent’s youth, its women, its fragile states—and sustainable. It also coincides with the ambitions of regional members as set out in their long-term poverty reduction and development strategies.

There are still hurdles however and Africa must do a number of things to realize the vision.

Poverty rates remain unacceptably high. Inequality is also high where six of the 10 most unequal countries in the world are African.

Africa must also harness more of its own capital—human, natural and financial—to invest in future development. Overcoming such formidable challenges will require a new mindset where Africa’s leaders and people fully assume ownership for their development—much in the way China, India, the Republic of Korea and Singapore have done.

A critical element in the continent’s growth will be boosting agricultural productivity on a sustainable platform of water security. Africa is the only continent where per capita food production has declined over the past 30 years.

What remains a key concern and priority is that unemployment must be significantly reduced.

To drive sustainable growth, Africa must develop and manage its vast natural resources sustainably, with water central to agriculture, energy, industry and mining. Whether endowed with water, oil, land or minerals, African countries must put in place frameworks to attract the necessary investment and expertise and to install the right governance structures.

They should ensure that substantial benefits go to local populations and national economies through safeguarding the environment and providing basic social services.

If Africa does all these things, it can be the next global emerging market

Read: Institute of India to build Entrepreneurship Centre in Rwanda