While Africa still lags behind in the development of an interconnected web of roads, railway lines, and profitable air routes, its potential has been described as one to watch. With the continent on an increased desire to improve infrastructure, private logistics firms are making a dollar sense with innovative initiatives.

Investment rates in transport infrastructure have been increasing, thanks to major continental initiatives such as Programme for Infrastructure Development in Africa (PIDA) for mobilizing resources to transform Africa through modern infrastructure.

A report compiled by research outlet ResearchAndMarkets.com tracked 448 large-scale transport projects (road, rail and bridges) across Africa at all stages of development from announcement to execution with a total investment value of US$430.3 billion.

Across the region, governments have paved the way for public-private partnerships (PPPs) to fund a large proportion of projects in the pipeline.

China has made numerous investments across Africa to support its need for resources becoming a major financier of key transport projects in the region. At least five countries: Kenya, Ethiopia, Angola, Djibouti and Nigeria, have had their railway systems funded by China.

Facing a higher level of logistical inefficiency, the continent has made it hard for some industries to bud up especially e-commerce. For example, Nigeria, the continent’s largest market, is ranked by the World Bank at 110th out of 160 countries when it comes to logistical efficiency. South Africa, Rwanda and Kenya perform better in this index.

What this means is that it takes three times as long to import a product through Lagos, Nigeria, than through Durban, South Africa. It also costs up to five times more to transport goods in sub-Saharan Africa than in the United States. The relative cost of moving goods in Africa is one of the highest in the world, leading to up to 75% of a product’s cost going to logistics (compared to 6% in the US). This means that $180 billion is spent annually on haulage and logistics in Africa.

However, it is not the amount of kilometres of roads being constructed that is drawing the attention of investors. Rather, it is the manner under which private companies are taking advantage of the improved infrastructure to run successful businesses.

Nigerian outfit Kobo360 has managed to put in successful fundraising in international markets as it aims to bridge the logistics challenges faced by the continent. The startup has a digital logistics platform that connects truckers to companies with freight needs with operations limited to Nigeria and plans to expand into other African countries.

The company has been hailed as one of the pioneers of the truck hailing business commonly referred to as the ‘uber of trucks’. This means that, through technology, they can have access to trucks from drivers and owners who are in search of expanded business. In return, they offer the drivers an opportunity to link to hundreds of jobs available from different companies.

The same concept has caught hold in Kenya – the main logistics hub for East and Central Africa – with truck hailing companies taking over the small to medium transportation jobs in the region. Lori System, another entity to have managed to get hold of the foreign funding has built an e-logistics platform that is revolutionizing the cargo-transport value chain in frontier markets – from the ground up.

Lori Systems was recently selected among hundreds of candidates as one of the World Economic Forum’s “Technology Pioneers.”

Other companies that have taken up this business model include SendyIt, Amitruck, Bwala and Senga which are leveraging on technology to tap into a sector that for a very long time has been disjointed. Senga is serving about 50 urban and rural towns in Kenya and also ships from Kenya to Uganda, Ethiopia, and Tanzania.

Senga has particularly been popular among low key drivers in Nairobi, who enroll their pick-up trucks and transport goods around the city. Senga uses an escrow service. It does not submit the final payment to the transporter until the shipper confirms delivery. 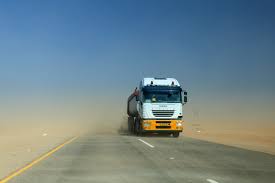 Key point to note is that Kobo360, Sendy and Lori Systems have all successfully raised almost US$100M in the last two years as they strive to expand their services. Sendy raised $20 million Series B led by Atlantica Ventures and involving Toyota Tsusho Corporation, a trade and investment arm of the Japanese automotive company Toyota. On its part, Kobo360 raised $20 million Series A backed by Goldman Sachs while Lori Systems hauled in $30 million supported by Chinese investors.

Third-party logistics is a fluctuating industry in Africa, with total industry revenue reaching US$27.6 billion in 2018. This is an increase from US$26.2 billion in the previous year but still a decrease from the US$30 billion generated in 2014.

This comes even as the commencement of the African Continental Free Trade Area (AfCFTA) agreement which will enfold a market of more than 1.2 billion people with a combined gross domestic product (GDP) of more than US$3.4 trillion is in the offing.

The trade-marriage between 55 member states of the African Union has the potential to increase trade by a spectacular 52.3 percent, eliminating import duties, as estimated by the United Nations Economic Commission for Africa (UNECA).