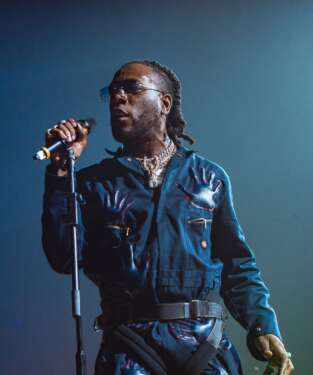 Burna Boy, a recent African Musician who won a Grammy Award in 2021: Photo by Refinery29: Exchange

The music and entertainment sector in Africa is poised for growth ascending to more than $11.5 billion, according to Warner Music Group

by Padili Mikomangwa
in Africa's Development, Investing
0
Share on FacebookShare on LinkedIn

Africa is music and music in Africa. The music and entertainment industry in Africa is nearly reaching $11.5 billion while the 2019 IFPI global report point Africa combined with the Middle East recorded about 15 per cent increase in revenue (for record business)—more importantly, this ascension puts Africa as the world second highest growth market after Latin America.

The most youthful continent in the entire world has been a land of abundance in terms of musical talents, from the record hits of Burna Boy, Diamond Platnumz, Davido and Cassper Nyovest, Africa has carved its mark on the global music and entertainment industry.

Consequently, this has drawn the attention of influential musicians and industry-related corporations pouring their resources towards the region—which produce countless hits and talent annually.

According to a March 17 publication by Music Business World Wide, Boomplay and UMG have forged a partnership that extends licensing of UMG’s global music catalogue from 7 to 47 countries across the African continent.

This deal is another object of success for Africa, as it expands the reach of talents to a wider audience pool but also improving their listening experience.

This means the African music industry has another tool in its arsenal to levitate the industry across the global landscape, as Boomplay catalog pins more than 50 million tracks and claims to offer the largest repertoire of local African content globally.

Africa has seen a rather strong presence of an investment in the listening experience, particularly streaming platforms.

Deezer a streaming platform that connects 14 million monthly active users around the world to 56 million tracks and available in over 180 countries worldwide, has seen the rise of Africa artists in the streaming line.

Also, Spotify which is a Boomplay competitor has a healthy presence in the region—which adds value to the thousands of hits produced annually. Spotify has its hands across the continent

With the current change of tides in the industry especially African music taste being enjoyed in the United States, United Kingdom and Europe, the industry stands to reap more billions in the coming years.

Boomplay in Africa and the new deal

Having a strong presence of streaming services puts the industry at the right stage for sustainable growth. There are plenty of benefits that the new deal brings to Africa especially for good performers such as Nigeria, Kenya, Tanzania and South Africa.

Boomplay is one of the first music streaming players in Africa, Boomplay took off in 2015 and went above 100 million app downloads on Google Play in December 2020 (Music Business World Wide).

The recipes for growth are already set as Africa is working on bridging the divide and improving national telecommunication sectors which bring listeners closer to multiple platforms available across the region.

“UMG’s African labels will also be supported under the new agreement including Def Jam Africa, which launched in five countries in 2020, Motown Gospel Africa, AI Records, Afroforce1 and other distributed labels including Kalawa Jazzmee, Aristokrat, Family Tree and Soulistic amongst others,” according to Music Business Worldwide.

Further, the publication noted that the agreement underscores its “ongoing commitment to support and grow Africa’s domestic music ecosystems, while also creating new opportunities for Pan-African talent to reach new audiences domestically, regionally and around the world”.

On the same note, over the past five years, UMG has opened new divisions in Nigeria, as well as establishing divisions in Kenya, Côte d’Ivoire, Senegal, Cameroon and Morocco alongside UMG’s longstanding operations in South Africa (Music  Business World Wide).

According to UMG their presence in the region will continue to grow throughout 2021 and beyond.

Africa holds a slew of incredible performers with interesting records which means the deal brings more entertainment options for the users.

Sipho Dlamini, Universal Musci Group CEO for South Africa and Sub-Saharan Africa commented on the deal saying “ Through this extended agreement, Boomplay will now help supply improved access to the world’s largest and most diverse music catalog to their broad user base, as we continue to introduce the best in African and international music to the rapidly growing streaming audience across Africa”.

On the other side of the fence, Boomplay’s Director of Content and Strategy, Phil Choi, noted how the deals benefit the region’s industry.

“We’re excited to continue partnering with the UMG team to help promote their African and international artists by bringing their catalogue to even more regions across Africa,” he added.

Also, Franck Kacou Managing Director, Universal Music Africa, a leading head for Universal Music Group’s activity across French-speaking Africa, said that “Africa is rich with artistic talent and musical culture and continues to inspire millions of Africans for whom music is an essential part of their daily lives,”

Buhari to utilize gas for economy uplifting and industrialization