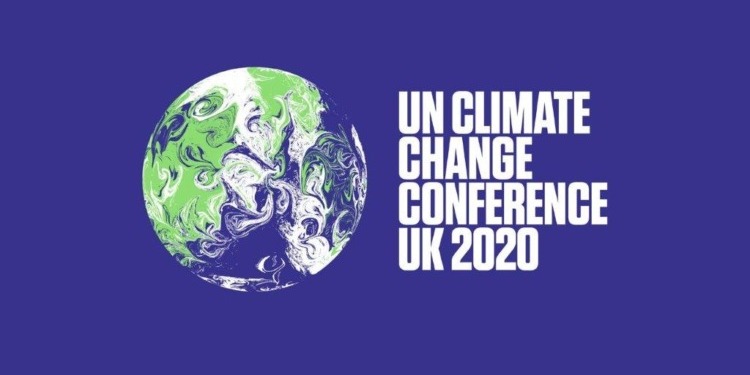 In focus: Climate finance and its impact on Africa

A group of 400 young people put considerable pressure on the negotiators of COP26 to present more concrete responses to the problem of rising global temperatures.

What does the COP26 meeting mean for sub-Saharan Africa?

The upcoming COP26 meeting to be held in Glasgow, Scotland appears to be about money more than it is about climate change.  This month all roads lead to Scotland for all leaders to deliberate on a matter that has become increasingly topical in recent times. Climate change  —more specifically the reduction of carbon emissions resulting mainly from the use of fossil fuels, chief among them the burning of coal. It promises to be an explosive affair if the pre-conference meetings in Milan are an indicator. A group of 400 young people put considerable pressure on the negotiators of COP26 to present more concrete responses to the problem of rising global temperatures. The most notable of young people gathered in Milan last month called the pronouncements made by the negotiators so far as “30 years of blah, blah, blah.” This would be hilarious were it not a deadly serious matter.

There is consensus on the urgent need to address the problem of rising global temperatures and the erratic weather patterns it is creating, the worst brunt of which is borne by Africa. The continent cannot afford the dire consequences of a world whose temperatures are already on the rise. The consequences of climate change would further compound the poverty of the developing nations.

Earlier in October China, the second largest economy in the world, made a commitment to reduce if not halt altogether any financial support extended for the construction of coal mines. The announcement was made by President Xi Jin Ping while addressing the United Nations General Assembly.

China had been funding the development and exploitation of massive coal reserves in countries like Indonesia and Vietnam under an initiative called the Belt & Road but has come under pressure as the world tries to honour its Paris climate agreements.

This Belt & Road initiative is a strategy initiated by the People’s Republic of China that seeks to connect Asia with Africa and Europe via land and maritime networks with the aim of improving regional integration, increasing trade and stimulating economic growth.

To realize this vision required the use of natural resources which China does not have entirely but other nations do and would then secure supply of this through the development of resources such as coal mines in developing countries. The Chinese are reportedly developing a US$3 billion coal mine in the Hwange area of Zimbabwe.

The Chinese leader in October however sang a new tune, “China will step up support for other developing countries in developing green and low-carbon energy and will not build new coal-fired power projects abroad.” His sentiments were widely welcomed as China burns approximately 50 per cent of the coal mined all over the world. In September 2020 China set an audacious goal of being carbon neutral by 2060. The announcement of this goal by the Chinese leader is highly significant given that the Asian country is not only the biggest consumer of coal as previously mentioned but also is the world’s biggest producer of carbon dioxide responsible for around 28.5 per cent of global emissions according to the BBC.

Having the buy-in and commitment from China to a greener future will make the discussions and deliberations set to take place at the COP26 conference more constructive. Now that this global titan has agreed to come to the table one of the issues that will loom large during the conference is the question of money. It is no secret that a globally green world economy will alienate less developed and poorer countries whose livelihoods are drawn from the production and export of fossil fuel and whose transition to low emission renewable energy sources may not be practical at least in the short term because of the financial expense. 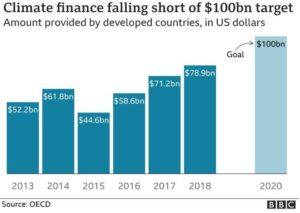 By some cruel kind of irony and reversal of serendipity the countries that are heavily reliant on fossil fuel for their energy needs at the present moment cannot afford to be carbon neutral and have tended to experience the worst kind of effects of climate change. Flash floods and droughts have now become common in southern African countries. From about 2015 to 2019 the region experienced one of the worst droughts in a very long time with cities like Cape Town coming very dangerously close to the infamous day zero where the taps would run completely dry. In Zimbabwe it is worse; the drought in the years referenced coupled with dilapidated infrastructure has seen urban areas go without water in some unfortunate cases, for years.

Wealthy nations have pledged financial assistance of no less than US$100 billion annually for less developed and developing nations to cope with rising temperatures. One of the abiding questions is whether this aid from wealthier countries will be enough? Another pertinent question to ask will be how these funds will be distributed? While the financial issues are being thrashed out the Energy Transitions Commission (ETC) which is a group made up of political leaders, business and financial leaders as well as climate advocacy groups have come up with an outline to help keep global warming within the 1.5oC limit. 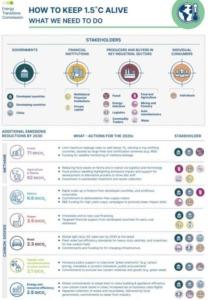 Understandably the discourse around climate change is needed and its desired objectives are noble; however, the recommendations of the ETC enunciated above are not practical for most if not all the nations that make up the continent of Africa. Measures such as the reduction of emissions from methane and reforestation can be implemented with immediate effect.  However, other measures cannot because of the far-reaching implications they have for the economic development of the continent. Decarbonizing the power sector and phasing out energy sources like coal is most likely to be a more complicated affair that can take on political innuendos.

The more radical political actors that characterize the political landscape of southern Africa could argue and with perhaps some merit that the wealthier nations do not wish to see the emergence of African countries that use “dirty” energy sources like coal to power their economies. They are prescribing to less developed countries the use of cleaner energy sources when they themselves used the dirty energy sources for decades if not centuries building up their economies to be globally competitive. Accelerating the electrification of transport and renewable energy for buildings are measures Africa for the most part simply cannot afford and will need financial assistance with to be compliant.

A final lingering question from all of this is whether Africa can be competitive given the raft of these measures?

Can Africa truly prosper in a globally green world?