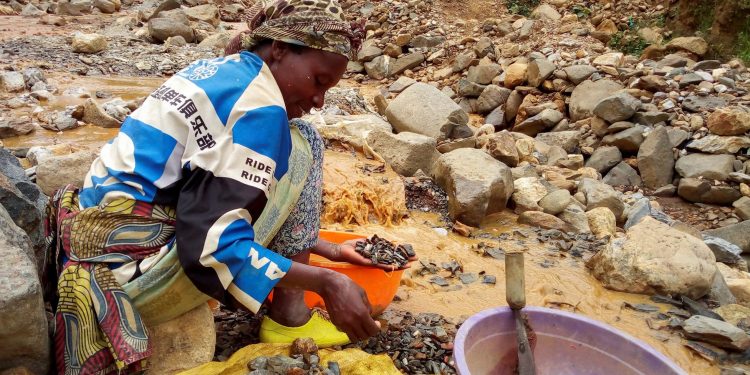 Angola diamond production is one of the nation's critical sources of wealth. Angola is the sixth-largest world producer and third in Africa.

Angola is shaping the face of mining in Africa. It stands out as one of the continent’s most vibrant economies working towards diversifying its economy. As one of the leading energy producers on the continent, Angola has a unique potential for minerals mining as well.  Angola is widely known for its vibrant diamond mining operations that pump life into its economy. Angola Exploration Mining Resources, FERRANGOL, Petril Phosphates, Minbos Resources, ITM Mining, Lumanhe, ENDIAMA and Axactor are top miners propelling Angola mining sector to prosperity.

The current government of Angola is striving to observe robust policies and build a strong mining industry to overcome negative effects that may lead to an over-dependence on natural resources.

According to a 2021 report by Mining Technology, neodymium and praseodymium are the two rare minerals  which are “critical to the production of electric vehicles and wind farms, which the miner estimates will see increased demand of 350 per cent and 1500 per cent, over the next six and twenty years.”

This project targets to produce 56,000 tonnes of concentrate a year, making it the second-largest producer in the world, according to Mining Technology.

Like any other nation across Africa, the Angolan economy faces a series of wins and challenges.  Multiple financial institutions, including the World Bank  and the African Development Bank (AfDB), present various overviews on Angola’s economy.

Angola has since 2015 been suffering the impact of the sharp decline of the oil sector, which was aggravated  by the Covid-19 pandemic. Real gross domestic product (GDP) contracted around 5.4% in 2020,  marking the fifth consecutive year of recession. The total GDP decline was 10.8 per cent, according to the  World Bank.

The Angolan government estimates that the national economy might shoot up to 2.4% in 2022 due to recovery plans, with the growth of the oil sector standing at 1.6% and non-oil by 3.1 per cent.

Since 2019, the World Bank has committed to lend Angola US$250 million to achieve sustainable and inclusive growth, while AfDB approved a US$165 million loan to  help the nation diversify its economy.

Angola targets becoming the largest diamond producer in the world by value by the end of 2023.

In 2016 it was the sixth-largest diamond producer globally and the third-largest in Africa with an annual production of nine million carats, according to British Geological Survey.

Diamond production is one of Angola’s leading sources of wealth, as the sixth most significant producer and third in Africa. According to Euronews, the diamond production industry stands on nearly 1.2 billion euros in annual production.

“Angolan  diamond mining industry alone was worth US$1.2bn in 2019, according to figures from Kimberley Process statistics. In 2019, the Lucapa Diamond Company unearthed a 130-carat diamond from its Lulo diamond project. At the time of production, it was only the thirteenth diamond in history with a value of more than 100 carats. These developments, alongside the country’s total diamond reserves of around 180 million carats, have highlighted the significant potential for further diamond development in Angola,” according to Mining Technology.

The diamond mining legacy is there to stay with the Angolan government providing policies that secure the welfare of the industry. Angola produced 8 million carats in 2020, a 15.4 percent decrease from 2019’s 9.4 million, according to the Ministry of Mineral Resources and Petroleum.

For instance, in 2018, the government of Angola approved a new trading policy for diamonds aimed at making trading transparent. The policy made companies gain the ability to sell 60% of the production via their channels and not obliged to sell their production items below international market price to preferred customers.

Angola is yet to surprise the world. According to African Business, a market and industry report magazine—Angola’s Buco Zau mine stands to become the country’s most essential gold producer in nearly half a century. The latter proves again how Angola has positioned itself to transform mining in Africa.

On one occasion, 5kgs of gold sold from a secondary mine marks a promising future for Angola’s mining sector . According to the National Agency for Mineral resources, Angola has extracted around 104.31kg of gold since the nation began mining the ore. With enough funding and technology on the ground, Angolan miners stand to unearth more minerals and put a dent on mining in Africa.

Prospects point out that gold deposits could become another major win for the mining sector.

“Buco-Zau is mining alluvial gold at the same time that it keeps surveying the primary deposit. We expect to be exporting another 20kg in Q1 2022, which shows the enormous potential of this mine,” noted Adriano Leal, director of the Buco-Zau e Lufo Mining societies.

Angola has enough potential to inspire other nations to change the narrative of mining in Africa.