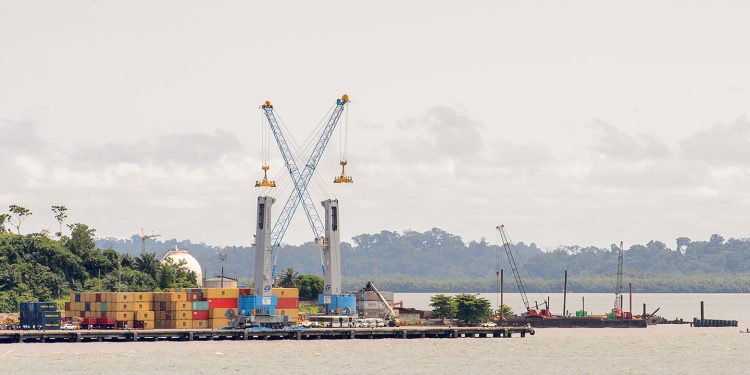 Best sectors to invest in Gabon. The country has investment opportunities across the economic sectors spectrum. [Photo/Arise Integrated Industrial Platform]

by Rose Kwamboka
in Investing
0
Share on FacebookShare on LinkedIn

Its extensive rainforests and savannas offer the potential for eco-tourism and the industrial timber sector. This makes Gabon an ideal country to venture into, if you are looking to invest.

Here are some industries to look into.

The government encourages investments in Gabon’s sectors that contribute the greatest share to Gross National Product (GNP) through customs and tax incentives, including oil and gas, mining, and timber.

For example, oil and mining companies are exempt from customs duties on imported working equipment.

Gabon’s mineral industry is dominated by the production of manganese and petroleum.  According to Invest in Africa, in 2021, Gabon was the largest producer of manganese in the world with annual production of 9.5 million metric tons (mt).  It is also the fifth largest oil producer in Africa with the oil sector accounting for 80 per cent of exports, 45 per cent of GDP, and 60 per cent of fiscal revenue on average over the past five years.

The oil sector accounted for 80 per cent of exports, 45 per cent of Gross National Product (GDP), and 60 per cent of fiscal revenue. However, as the country is facing a decline in its oil reserves, the Gabonese government has decided to diversify its economy.

With forests covering 85 per cent of its territory, its wood sector production reached 1.5 million cubic meters (m³) in 2021, and the production of plywood units increased by almost 23 per cent, to 613,183m³ by the end of 2021, making it Africa’s 2nd largest producer of wood. The authorities are counting on the timber industry to diversify the country’s economy and mobilise budgetary revenues.  The plywood export business is set to increase as in February 2022, the French group Rougier announced the sale in Europe of FSC (Forest Stewardship Council) certified Gabonese Okoumé plywood.  The FSC label guarantees ecological and responsible practices in the management of forests and the entire supply chain.

The Tourism Investment Code, enacted in 2000, provides tax incentives to foreign tourism investors during the first eight years of operation.

In particular, eco-tourism is encouraged with current ecotourism projects focussing largely on the country’s network of national parks.  Plans to develop ecotourism in the parks began to materialize in 2008, following the creation of the National Agency of National Parks (Agence Nationale des Parcs Nationaux, ANPN) in 2007.  Growth in the segment will depend on the country’s ability to increase access to natural attractions in rural areas.

The Gabonese government presented the “African Ecotourism Safari” project to take advantage of the potential of the country’s 13 national parks.

The project will contribute to the development of the tourism sector in Gabon, the enhancement of national parks and the promotion of employment while respecting the criteria of sustainable development and profitability. The first high-end ecotourism lodges are under construction now by South African and Singaporean investors.

In June 2021, Norway paid Gabon US$17 million under the Central African Forest Initiative to protect its forests. In 2016 and 2017, Gabon demonstrated that it was able to reduce deforestation and lower carbon emissions compared to the previous decade.

This was necessitated by the drop of nearly 28 per cent from 2020 in agricultural exports. In 2021, Gabon exported 1 billion Central African Francs (CFA – currency code XAF) of fish and other fishing products, according to data from the General Directorate of Customs and Indirect Rights (DGDDI).

The World Bank estimated the value added in Gabon’s agriculture, forestry, and fishing sectors to be 6.404 per cent of GDP in 2020, a good sign to invest in Gabon.

Gabon imports the bulk of its cereal requirements through commercial channels, with cereal imports accounting for approximately 90 per cent of the total cereal utilization.  Imports of cereals in 2021 were estimated at a slightly below-average level of 171,000 tons, including about 110,000 tons of wheat and 55,000 tons of rice.