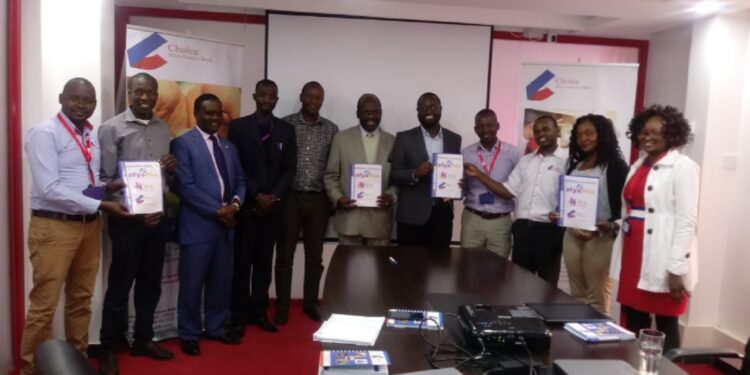 Microfinance institutions are trying to cope with the changing times as the market is moving to fast delivering digital systems of money transfer.

You probably have witnessed the construction of the Nairobi expressway, or the standard gauge railway or even a sewerage line installation near your home.

In all these scenarios you have seen a Chinese national calling the shots, right?

If not that, you have seen most electronics and pharmaceuticals having the label with a ‘Made in China ‘ somewhere. Even a matchbox. Remarkable! These have been the sectors we have known China for, but detailed analysis shows that Chinese nationals are now investing in the financial sector with Microfinance Institutions (MFIs) and lending apps being the favourite expansion ground here in Africa.

Read: Is Bitcoin Market Price Going Down: Is it time to cash it?

Robin Duan Wei, sole owner of Wakanda network saw to his company acquiesce 85 per cent of Choice Microfinance Bank Limited (Choice MFB) which was announced by the Central Bank of Kenya to take effect starting October 22, 2021.

The agreement was witnessed by CBK and Cabinet Secretary for National Treasury and planning, Ambassador Ukur Yattani.

Central Bank had granted a licence to Choice MFB on May 13, 2015, its first agenda being carrying out microfinance banking business in the community within Kajiado County.

It falls under the small microfinance institutions category sharing only 1 per cent of the market share in the sector as of October 31 this year.

Microfinance institutions are trying to cope with the changing times as the market is moving to fast delivering digital systems of money transfer.

A couple of lending apps in Kenya cannot be mentioned without referring to Yahui Zhou, the chief executive of Kunlun Tech. Company Limited.

A brief history of Zhou

Zhou is famous for two things; his gaming company and his very expensive divorce settlement; he gave his ex-wife shares of Kunlun Tech worth US$1.1 billion. He resigned from the gaming industry to do a full-time job as Opay Digital services CEO. He became a millionaire by selling several popular games in China.

He operates a number of lending apps in Kenya which began operation between 2018 and 2019. These include Okash, Opesa and Credit Hela. These lending apps operate without security.

These companies and microfinance institutions are returning millions in profit. Where is the catch? Are Africans not able to access bigger loans with lower interest charges or do they prefer small loans because of fewer demands and faster processing? Or, is it ignorance?

Could mobile loan apps reduce the popularity of banks in Africa?

Banks are known for taking deposits from their customers at interest and issuing loans. They are losing their popularity among middle and lower class earners because there is an emergence of mobile saving apps, for example, M Shwari in Kenya.

Mobile loan apps are giving microloans to millions of Africans. These loans do not require guarantors or security which becomes a more reliable option, unlike banks.

Read: 6 business ideas for Christmas that don’t require a lot of money

The mobile loan applications have raised cause for alarm by legislators who have pushed for the Central Bank to regulate their terms of service. This is because the millions the companies have been making are from issuing high-interest rates loans. Some financial experts have termed the apps as being predatory, with rates in interests hiking up to 876 per cent.

Most of these mobile loan apps are owned by Chinese internationals. The profits generated from them do not directly come back to African economies.

The app began its operations on March 1 2018. It was run by Tenspot Kenya Limited, a company owned by Yahui Zhou. The company boasts 20000 shares in the Kenyan firm. Towards the end of 2018, in a disclosure to the United States Securities and Exchange Commission, the app had generated US$1.7 million worth of revenue from 280000 microloans. It has a 4.1-star rating, 45000 reviews and 1M + downloads.

The directors are Wang and Hang Fang. It was launched on November 4 2019 and is owned by O-Stream Kenya which is under Opay Digital Services. It has a 4.3-star rating, 65000 reviews and 1M + downloads.

The directors are Junjie Zhou (a Chinese national) and Kenyan international Elijah Ng’ang’a. MIB Network gave birth to these two lending apps. It owns XGO Kenya, registered on May 15 2019, which operates as Ipesa. It has a 4.4 star rating, 27000 reviews and 1M + downloads.

Ipesa shareholders created Wakanda Credit Limited which function as Kashway.  It has a 4.4-star rating, 38000 reviews and 1M + downloads.

The directors are Daniel Kyung Joon Jung and Matthew Joseph Flannery. It began operations on April 2, 2015. It has a 4.7-star rating, 186000 reviews and 5M + downloads. Its profits have attracted nearly US$170 million from Visa and Equity firm foundation Capital in the year 2019. It has offered over 15 million loans to Kenyans exceeding two million.

Very few locals have been able to penetrate the crowded lending market. The owner of Berry, Stanley Ng’ethe registered Finberry Capital Limited on May 29 2018 which owns Berry mobile lending application.

Other lenders that are thriving include Tala, Zazipay, Kuwazo, Okolea International Limited, Timiza Zenka and many others.

Read: Over 68 million Nigerian youths to benefit from AfDB US$170 million funding

20 years of US-Kenya trade: What Africa can learn

Uganda kicks off construction of US$ 19.9 Acomai million irrigation scheme