Elon Musk world second wealthiest person shocked Twitter when he agreed to give $6 bn towards solving global hunger, if the WFP plan is right 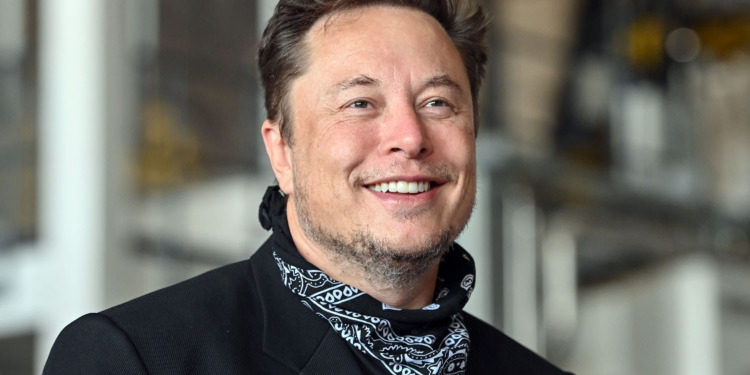 Who would have thought that one man can solve a portion of global hunger?

The old saying, ‘numbers don’t lie’ has somehow shocked the world, as the director of the United Nation’s World Food Programme, David Beasley, recently challenged the world’s wealthiest individuals to ‘’step up now, on a one-time basis’’ and address global hunger.

“US$6 billion could help 42 million people that are going to die if we don’t reach them. It’s not complicated,” he added, as cited by CNN.

It seemed to be a normal statement, by when one of the most influential like Elon Musk, took to the social media platform Twitter, the numbers and facts began changing the flow of the conversation quite spectacularly.

The second wealthiest person in the world said he is ready to give up his fair share of wealth towards solving global starvation if he and the world know exactly how will the money be used.

For someone who has seen hunger in real-time and learned a couple of things about handling food security systems and farming operations, it seems to be rather a dream, that one man is and has been capable to solve such complex and humiliating problems.

The UN chief who called to the top 400 billionaires spoke loudly and reflected the nature of the problem not only from a societal perspective but from a social funding standpoint.

However, the UNWFP director and the electric car company—Tesla owner, Musk have shown the world, that it can be done, as the director responded to Musk’s request saying, “this is fantastic news…for him even entering this conversation is a game-changer. Simply put we can answer his questions, we can put forward a clear plan, we are the world’s largest operations feeding about 120 million people”.

Further, he added, “We can do that, and I will show him, put it out in front of him with all the cost, accounting, transparency and anything he would ask, we will glad to answer, and I look forward to having this discussion with him because lives are at stake”.

With all these situations at the table, the most important question to ask ourselves is, does calling out billionaires and asking them for assistance the right move, sustainable and relevant and what does it say about our problem-solving approaches?

Global hunger is a humiliating situation

According to Action against Hunger, an international non-government organisation focused on reducing and eliminating hunger and undernutrition argued that,  around the world more than enough food is produced to feed the global population—but as many as 811 people still go hungry.

Further down the line, the organization noted that, despite a decade of decline, world hunger is on the rise, hurting 9.9 per cent of people worldwide.

“From 2019 to 2020, the number of undernourished people grew by as many as 161 million, a crisis driven largely by conflict, climate change, and the Covid-19 pandemic,” the organisation added.

The shocking serum is that there is more than enough food produced in the world to feed everyone on the planet, while smallholder farmers, herders and fishermen produce at least 70 per cent of the world food supply, but still, they are faced with food insecurity.

The global hunger situation is exacerbated not only by poverty but also conflict is also a key driver of severe food crises.

What we can learn so far

As Beasley noted that, the $6 billion won’t solve world hunger but help at least 42 million people at the brink of death from starvation, prevent geopolitical instability, and mass migration.

This means that—wealthiest men and women across the world are capable of handling the situation, if we bring it to their attention with utmost influence, just as how Twitter pulled Musk—worth of more than $151 billion, according to Forbes, to the discussion.

The conversation has brought some serious issues to the table, including transparency, fact-checking and open-source accounting.

In the conversation, several people raised some serious questions which poke holes in the entire world hunger funding scenario. A Twitter user who also got Musk’s attention did send a query to WFP demanding a breakdown of how they can handle the fund (if Musk provides) if they mishandled a huge sum of its in 2020 addressed to the same thing.

Despite the current conversation, the situation brings to our attention that, social media is a powerful place to raise serious concerns and bring them to resourceful people’s attention, who can be capable of solving them.

On the other hand, if we can’t raise enough funds in the conventional channels, does a public outcry before wealthy individuals spend billions towards the establishment of another planet, that has no evidence of supporting human or living organism life, does trick?

On the bright side, the recent conversation of the hunger problem has not only brought different minds up to speed, but it has exposed the grave danger unprivileged individuals are if immediate assistance can be provided.

More importantly, the situation has also proved what social media influencers around the world say without speaking a single word, “don’t mess with social media’’.

Read: Why World Hunger Spiked in 2020