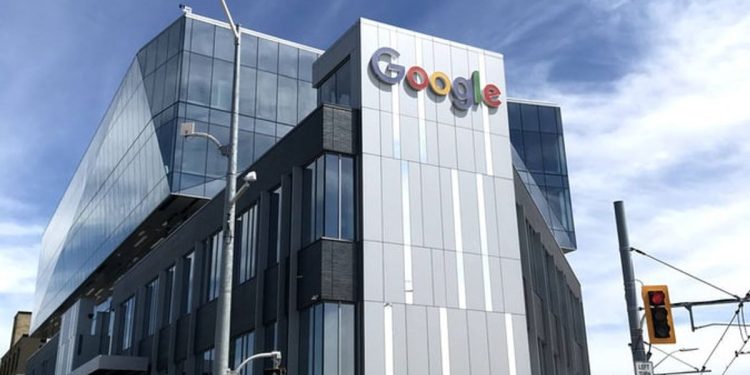 The Google product development centre in Nairobi has launched. The Google facility is to create products and services that will have a significant impact on the African continent and beyond. [Photo/TechBooky Business]

Google's facility, the first of its kind on the continent, is to create products and services that will have a significant impact on the African continent and beyond.

The Google product development centre in Nairobi, Kenya has launched just two weeks after Visa set up its first innovation centre for the co-creation of payment and commerce solutions with partners.

The tech giant’s facility, the first of its kind on the continent, is to create products and services that will have a significant impact on the African continent and beyond.

Besides the research and development centre, Microsoft has also opened an office in Nairobi, making the city live up to its moniker of the Silicon Savannah.

Last year, the tech giant announced that it planned to invest US$1 billion over the next five years. The Visa innovation studio in Nairobi is the first in Africa and the sixth globally.

Developers, Visa’s internal and external clients, as well as other partners, will work together in the studio to develop payment and commerce solutions. The Google product development centre in Nairobi will definitely be looking at addressing the growing needs of Africa’s growing population.

“It is our goal to work with our clients and partners to develop solutions that are tailored to the specific needs of African customers as we continue to grow digital payments adoption,” she said.

Since Visa’s inception, the company has spearheaded many of the innovations that have made electronic payments what they are today.

“Sub-Saharan Africa’s position as a leader in developing innovative solutions to our most pressing problems will be cemented if the innovation studio lives up to its predecessor’s legacy,” says Diarra.

When it comes to developing products for the African market, Visa has previously used its existing innovation hubs, including a partnership with Nigerian Fintech Paga to develop new merchant acceptance solutions utilising QR codes and NFC technology.

With the help of Visa’s other innovation labs, Safaricom’s 150,000 M-Pesa (mobile money) stores in Kenya can now accept card payments.

Africa’s governments and businesses alike are heeding the call to establish these kinds of innovation hubs in order to foster cross-sector collaboration and maintain their place in the global market.

The tech giants are in good time since the Kenyan government has continued building a technology city, Konza City, to spur innovation in the country. Other tech companies in Nairobi are Cisco and Philips which run similar labs in Nairobi.

In West Africa, Lagos in Nigeria has become a hub for numerous innovation centres, including Andela, Flutterwave and Jumia, the continent’s best-known tech companies.

Lagos is a cultural and commercial centre in Africa’s largest economy.

The Google product development centre in Nairobi, the company’s second major investment in Africa comes after the AI and research centre in Nigeria’s West African neighbour, Ghana, which opened in 2019.

Software engineers, researchers, and designers are among the tech professionals the company plans to hire over the next two years.

Suzanne Frey, Google’s VP of Products, said the Google product development centre in Nairobi will assist in the resolution of difficult and technical challenges, such as improving the smartphone experience for Africans or building a more reliable internet infrastructure for the continent.

Charles Murito, Google’s policy lead for Sub-Saharan Africa stated that Africa has been at the forefront of innovation. “We believe that we will continue to develop and innovate right here from the continent,” he added.

With 1.2 billion people, Africa still has the lowest digital economy value chain because mobile and fixed internet are so expensive that half of the population is cut off from the internet.

According to Google, the investment is aimed at bridging this digital divide by making faster internet available to a wider range of people at lower costs of connectivity.

Africa and Europe will soon be linked by the Equiano subsea cable that will run from South Africa, Namibian, Nigerian and St Helena.

The 2Africa consortium already has a 40,000-kilometre 4G and 5G subsea cable connecting 19 African countries to Europe and the Middle East. This new cable will be added to that network.

As part of an effort to make Android devices more accessible to Africans, Google has teamed up with Safaricom on a device financing plan. The Google product development centre in Nairobi will play a key role in this.

Read: Google investing $1B for digital transformation in Africa