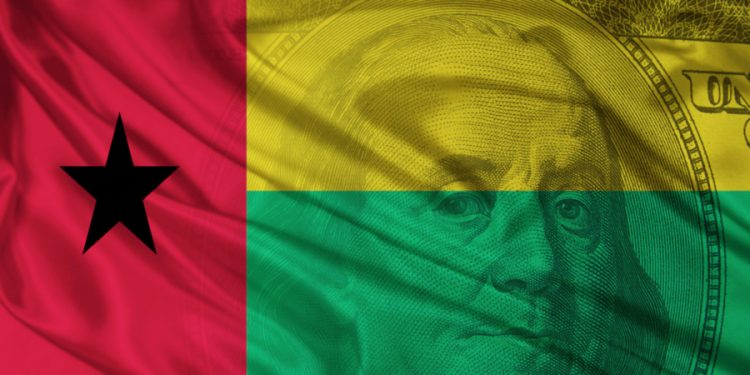 by furtherafrica.com
in Investing
0
Share on FacebookShare on LinkedIn

For those investing and particularly interested in Africa, Guinea-Bissau is a country which, so far, has been “under the radar” for most of the investors.

Located in West Africa, bordering with Senegal and Guinea Conakry, Guinea-Bissau is a relatively small country, with 36.125 sq. Km. Around 25% of the total population (estimated in 2.072.000, by figures of April 2020) is based in the capital (Bissau).

The official language is Portuguese, with some other native languages been used (like Balanka, Fula and Mandinka). French is also spoken, due to the influence of the two neighboring countries. Most of the population is Muslim (45%), with 22,1% of Christians and the outstanding percentage spread by indigenous traditional popular religions. Guinea-Bissau is also characterized by a very high level of young population (the medium average age is only 18 years).

The political regime is a constitutional democracy, with a semi-presidential regime (evolving to a full presidential regime) composed by the President of the Republic, a Government and an Assembly of Republic (Assembleia Nacional Popular).

The most important political parties are PAIGC, Madem G15 (Movement for Democratic Alternation) and PRS, with other political forces trying to win space among the population. Despite of the political instability which has been limiting the economic activity during the past years, the country hides very important natural resources which, by one reason or the other, remain almost unexploited.

Understanding the Economics of Guinea Bissau

The economy is currently based on agriculture and the production and exportation of cashew (Bissau is the 5th world producer of cashew nuts), fish and shrimp. Furthermore, 25% of the world-known resources of bauxite and other rare earth elements (REE’s) are estimated to be located in Guinea-Bissau. Bauxite reserves are estimated at 17 million tons.

Also, important fishing reserves and natural resources of phosphates, diamonds, gold and timber are available and currently continue to be partially unexploited. Reserves in offshore deposits of oil have been discovered in the past and several companies are already settled there for prospecting and production; amongst them, CNOOC, Swedish Svenska Petroleum Exploration, Australian Far Limited (also present in Gambia and Senegal).

Prospect and exploration are conducted in partnership with Petroguin EP., the national oil and gas company of Guinea-Bissau. Guinea-Bissau is particularly attractive for those interested and investing in solar plants and generation of electricity capacity.

Recently, Sinohydro began the construction of the first large scale solar plant, with the purpose of selling power to national utility EAGB ( Electricity of Guinea Bissau), under a long term contract, which will triple GB’s power generation capacity ( currently, there are only 11Mw of installed power generation capacity). As a matter of fact, one of the countries’ greatest potential is on hydroelectric power, since most of the country does not have the necessary supply of electricity.

Another area which is still giving its first steps is tourism, with some international companies showing particular interest in developing activity in the archipelago of Bijagós (composed by 88 islands and declared as a UNESCO Biosphere Reserve since 1996). Although some countries consider Guinea-Bissau as a quite unsafe country, the reality is that, despite the political turmoil, the current political situation does not affect foreign companies’ and individuals’ investments.

On the other hand, the existing legislation is very “investor’s friendly “, particularly when compared with other countries in Africa. In fact, foreign investments are not subject to any particular formality (with the exception of investments in some areas considered essential to the country, like oil and gas) and the law does not impose burdensome local content requirements, such as:

Moreover, the legal system is very similar to other African countries where Portuguese is the common language, as a result of the past colonial common history.

In terms of dispute resolution, Guinea-Bissau, as a member of the OHADA, applies the correspondent regime. Bilateral Investment Treaties have been signed with Portugal, Angola and Morocco and a Commercial Treaty is in place with Turkey.

In summary, this is a country which, due to the abundant natural resources, the applicable legal regime and an exceptionally friendly and receptive people, has all the conditions to attract foreign investors.

Duarte Marques da Cruz
Duarte Marques da Cruz is partner of the Portuguese law firm MC&A, specialized in international business advisory, with a special focus in Lusophone markets. With extensive experience in the Energy sector (Renewables and Oil & Gas) and in International Taxation, he has supported international companies in major upstream, midstream transactions and projects, including in implementing, exploration and development programs. Duarte has also supported international clients in other areas of practice, namely, Mining, Transport & Logistics, Regulatory Compliance and Mergers & Acquisitions in Mozambique, Angola and Portugal.

The Pandemic in Tanzania: Is it time for lenders to be counted?

UK to work with African Union to slow spread of pandemic