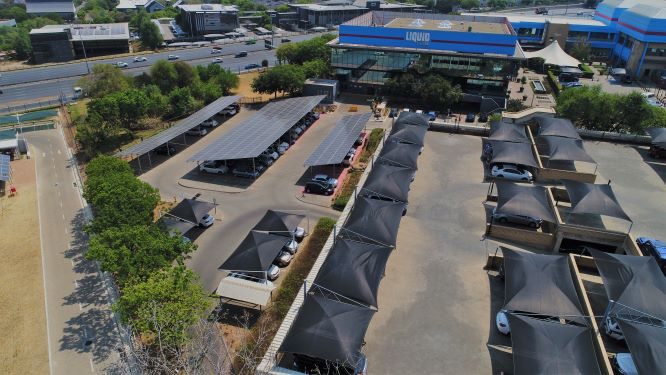 Africa is one of the sunniest continents in the world, 85 percent of African land receives more than 2,000 kilowatt-hours of solar energy per square meter per year. Almost 70% of the population of African countries is located in the Sahara and the surrounding areas do not have access to the grid.

With the need to hook up to the grid, a new partnership is moving towards achieving more solar power for the industry. Kenyan industries are set to benefit by saving a minimum of 30% on their current cost grid consumption following a partnership between Distributed Power Africa (DPA) and Canadian Solar company. Currently, Kenyan companies lose nearly 10% of their production because of power outages and fluctuations.

The deal is expected to help DPA provide top tier PV panels from the company that is estimated to be over 60,000 KuMax and HiKu which would quite easily construct 50 large industrial solar plants. The PV panels will be made available to DPA customers in the African market-based Kenya, South Africa, Zimbabwe, Zambia and Lesotho, with the intention to expand into other key markets.

Commercial & Industrial projects in Africa such as data centres, manufacturers, schools, hospitals and various C&I businesses will experience a better quality of service by an assurance of zero technology risk for DPA customers covered by the warranties and reliability of the equipment.

Canadian Solar is one of the world’s largest solar photovoltaic products and energy solutions providers, as well as one of the largest solar power plant developers globally. Formed in 2001 in Canada, it’s mission is to foster sustainable development and to create a better and cleaner earth for future generations by bringing electricity powered by the sun to millions of people worldwide.

“We are working with Agha Khan Hospital in Mombasa, at the Aga Khan Kuze Medical Centre as part of their drive to contribute to a cleaner environment, which is in accordance with the UNDP’s Solar for Health initiative.” Said Norman Moyo, Group CEO of DPA Africa.

This is a major commitment to DPA’s vision of delivering energy security to the continent while working with world-class technology partners such as Canadian Solar and Tesla. The company recently completed the installation of solar panels at the East Africa Data Centre in Nairobi seeing the facility maximize solar energy usage and saving up to an estimate of Sh4.5 million on green energy.

The DPA use of Tesla Powerwall will provide telecoms customers with the convenience of improved service delivery, and comes at a strategic point when the African continent is working towards improving its power supply.

“We will leverage Canadian Solar’s PV technology capabilities and customer base in growing their pipeline in Africa as well as continue to unlock new hybrid technologies to solve Africa‘s twin challenges of generation and distribution. We imagine a future now where every building in Africa is generating its own energy.” Moyo concluded.

Distributed Power Africa’s mission is to ensure that businesses and individuals have access to affordable and efficient green energy through a zero start-up cost model. DPA is a subsidiary of the Econet Group of companies, and Econet is a Pan African Technology, and Telecommunications group, operating in more than 20 African countries through its subsidiaries; with investments in Africa, Europe, South & North America and the East Asia Pacific Rim.

A report by BloombergNEF (BNEF) shows that companies are likely to install small solar-powered plants for their internal use following due to incentives like a friendly tax regime and the availability of affordable solar equipment. The BNEF report indicates that Kenyan firms have invested heavily to install about 15MW of onsite solar power while more were planning the switch. Different firms, most of them manufacturers, are planning to install an additional 26MW this year as players actively adopt solar energy.