by Kimani Chege
in Investing
0 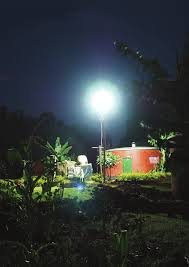 Mauritius based Tembo Power a limited liability company developing power generation projects across sub-Saharan Africa has reached out to South Africa based PE financier Metier for the construction of Kaptis project, a 14.7 MW run of a river hydropower project in Kenya.

This agreement now allows the partners to appoint lenders and prepare for financial closing, expected this year, and to start construction.

“Such agreement demonstrates the thoroughness of Tembo Power’s development approach, its compliance with the most stringent international standards, and paves the way for extended collaboration with Metier and other key players in the industry.”

Tembo Power started the development of Kaptis (14.7 MW), in Western Kenya, in 2013 after its Kenyan partner Humphrey Mulindi identified the site and conducted preliminary investigations to assess its actual potential. Since then, the company has expanded its Kenyan portfolio with an additional 17 MW, 17 MW, and 24 MW hydropower projects, that are currently in development, in order to bring sustainable hydropower to Western Kenya.

The project will form part of the Metier Sustainable Capital International Fund II, which recently achieved a first close of US$113mn. Metier has committed to providing financial support prior to actual financial closing of the project as well as to subscribe to a 40% stake in the project. WK Power will hold 20%, while Tembo Power shall retain 40%.

Equity has been fully secured and development finance institutions are being appointed for senior debt. WK Construction will be the preferred EPC contractor for the Kaptis project. Tembo Power will benefit from the already existing relationship between Metier and WK Construction, which successfully constructed and commissioned the 5.25 MW Sindila hydropower project in Uganda last year.

Tembo Power’s objective is to develop, finance and operate power generation assets in sub-Saharan Africa and is currently raising US$100mn for its first batch of projects totaling 187MW across Kenya, Burundi and the Democratic Republic of Congo. Run of river hydropower is one of the most environmentally friendly energy technologies globally. Projects between 10MW and 50MW offer inexpensive and reliable electricity in areas where the national electrical utilities need it most.

Over 640 million Africans have no access to energy, corresponding to an electricity access rate for African countries at just over 40 percent, the lowest in the world. Per capita consumption of energy in sub-Saharan Africa (excluding South Africa) is 180 kWh, compared to 13,000 kWh per capita in the United States and 6,500 kWh in Europe.