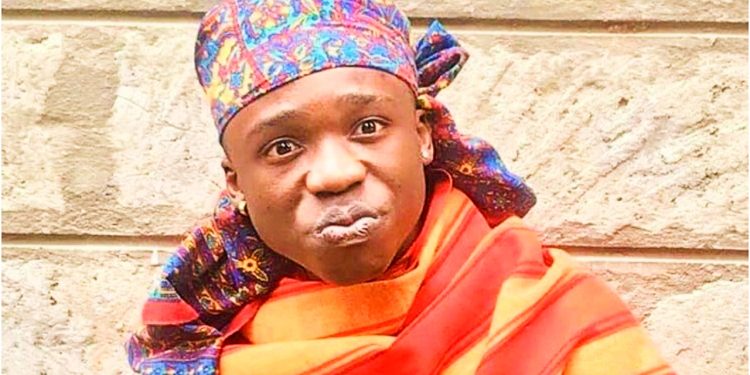 Kenya has over 900 youthful millionaires according to the 2022 Knight Frank Wealth report.

by Kiptoo Kosgei
in Investing
0
Share on FacebookShare on LinkedIn
Kenya has over 900 youthful millionaires according to the 2022 Knight Frank Wealth report.
The report indicated that Kenya’s young entrepreneurs taking home millions were on the rise.
Knight Frank Kenya managing director Ben Woodhams said the survey revealed the number of youthful millionaires in Kenya was above the global average.
“For the first time as part of our attitude survey, we asked respondents about young wealth, to find out how many individuals under 40 years old created their own wealth, the level is higher than the global average, this shows that young entrepreneurs in Kenya are well placed to take advantage of such opportunities,” Woodhams said.

Kenyan millionaires in their 20s:

The Kenyan comedian is a household name as his videos have been trending since he started creating content online.
Flaqo whose real name is Erastus Otieno boasts over 69 million views on YouTube.
In May, the funnyman disclosed he minted millions during the COVID-19 pandemic period when most Kenyans remained indoors.
The 29-year-old said he worked on many adverts and took any job he was offered.
“I think I made around Sh 20 million during the COVID-19 period. I don’t know…because I have not been making those calculations but when I look at my records it has reached that amount. I was doing adverts, any job offered I would take and people were paying me money left and right,” he told Citizen Digital.

The 22-year-old content creator has over 100 million views on YouTube.
In a statement she released on Friday, July 1, she thanked her fans for standing by her enabling her to earn millions in the process.
“Thank you so much team Mungai eve for always showing us love we really appreciate, let’s continue pushing towards our goal i.e 1M subscribers,” she wrote.
In July 2021, the youthful woman revealed she takes home over Sh 1.5 million monthly after monetising their content. She runs a channel named Eve where she shares entertainment and human interest videos.

The fashion designer is popularly referred to as the Nairobi West Niccur. He rose to fame after gifting Azimio la Umoja One Kenya Coalition Party presidential candidate Raila Odinga with stylish Nike sneakers in October 2021.
In May 2021, the 21-year-old disclosed he makes an average of Sh 1 million monthly from his business.
“If it does not bring you money or peace don’t do it,” one of the messages he shared on his Instagram page stated.

Moya has gained popularity by spreading love through songs and dances on the streets. The dancer has over 2.8 million followers on TikTok. On his 25th birthday on April 16, Moya revealed he made his first million.
Before making his first million, the dancer said he nearly gave up on his dances.
“I was almost giving up with the dance industry,” he said during a question and answer session with his fans on Instagram with over 100,000 followers.

Christine Royal, 25, is known by her stage name Tinas Royal. The businesswoman is the founder of Tina’s Royal Nights club in Mombasa city.
Tina disclosed she became a millionaire in October 2021.
“I became a millionaire around October 2021, shortly after investing in and launching my nightclub, Tina’s Royal Nights, located in Mombasa,” she told TUKO.co.ke.

Robert Ndegwa Kamau is popularly known by his nickname Thee Pluto. The social media influencer previously said he crossed the Sh1 million mark in earnings aged 20.
Besides creating content, Thee Pluto has investments in the real estate sector where he served as the chief executive officer of Planet Homes Kenya and Summer Real Estate.